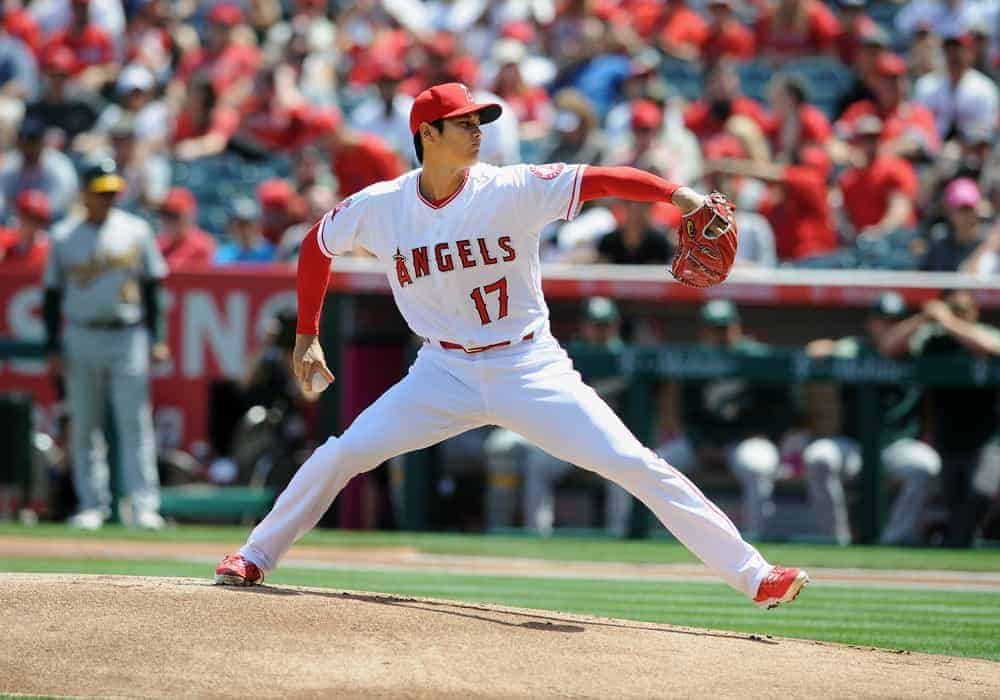 On the final day of MLB’s regular season, we’re in store for an earlier schedule of 16-games to wrap up a remarkable year of baseball. Given the number of question marks surrounding player props today, thankfully BetMGM is offering a RISK-FREE BET up to $1,000! Simply signup over at BetMGM to make your first deposit and determine the risk-free bet of your choice. If the wager happens to come up shy of cashing out you’ll be matched with an equal dollar value bet at no further commitment. With one last hurrah before the playoffs, let’s dive into some of the best value player props of the regular season’s grand finale.

Shohei Ohtani has dazzled with a 33.1% strikeout rate and faces the Oakland Athletics today. Ohtani has averaged 1.32 strikeouts per inning and just under six innings per start, pacing him for 7.87 strikeouts today at his season’s rates. Ohtani draws an Athletics offense striking out 24.1% against right-handed pitching this season and 26.1% since September. The Athletics are expected to assign six hitters to their order with an excess of 20% strikeout rate against right-handed pitching. Ohtani just racked up 10 strikeouts against this very Athletics team six days ago and despite the spend up on juice, the meager strikeout total for Ohtani against arguably one of the worst offenses makes for one of the best MLB betting picks today.

Julio Rodriguez has had a rookie season to remember and faces Tyler Alexander at home in T-Mobile Park today. Rodriguez has a .271 batting average, .803 OPS and 135 wRC+ against left-handed pitching. Alexander has surrendered a 10.9% barrel rate with a .273 average against, 1.38 WHIP and 5.09 xFIP against right-handed hitting this season, striking out just 13.2% of the split.

If the total bases prop on Rodriguez is too risky for you, BetMGM is offering a RISK FREE BET up to $1,000! Should Rodriguez whiff on the need for two bases on hits, you’ll be matched with an equal dollar value wager with no strings attached to the offer. Rodriguez has a four-game hitting streak with two multi-hit performances in that span, earning hits in 11 of his past 12 starts, including four doubles and four home runs. At considerable plus-money odds for this prop, grab the over on Rodriguez’s total bases in the Mariners’ final home game before the playoffs.

Luis Rengifo has thrived against southpaws through September and faces lefty Ken Waldichuk. Rengifo has a .321 batting average, .259 ISO and 11 home runs against left-handed pitching this season. Facing right-handed hitting in 2022, Waldichuk has a .306 average against, .318 ISO and allowed five home runs in 20.2 innings pitched against the split. Since September, Rengifo has a .326 batting average, .992 OPS and .326 ISO with four home runs against left-handed pitching. Receiving 6-to-1 returns on investment, lobbing a unit wager on Rengifo to end the season with a bang is a worthwhile value.

Xander Bogaerts has been the Red Sox’s best weapon against lefties and faces Josh Fleming at home in Fenway today. Bogaerts has a .375 batting average, 1.03 OPS and 190 wRC+ against left-handed pitching with just a 15.5% strikeout rate. Fleming has allowed a 41.8% hard-contact rate while earning a .382 average against, 2.37 WHIP and .225 ISO against right-handed hitting this season. Bogaerts has surged since September with a .385 batting average, 1.09 OPS and .231 ISO against the split with a 210 wRC+. With plus-money odds in a season finale at home, two bases or more on hits for Bogaerts against a suspect lefty pitcher is a fitting value.