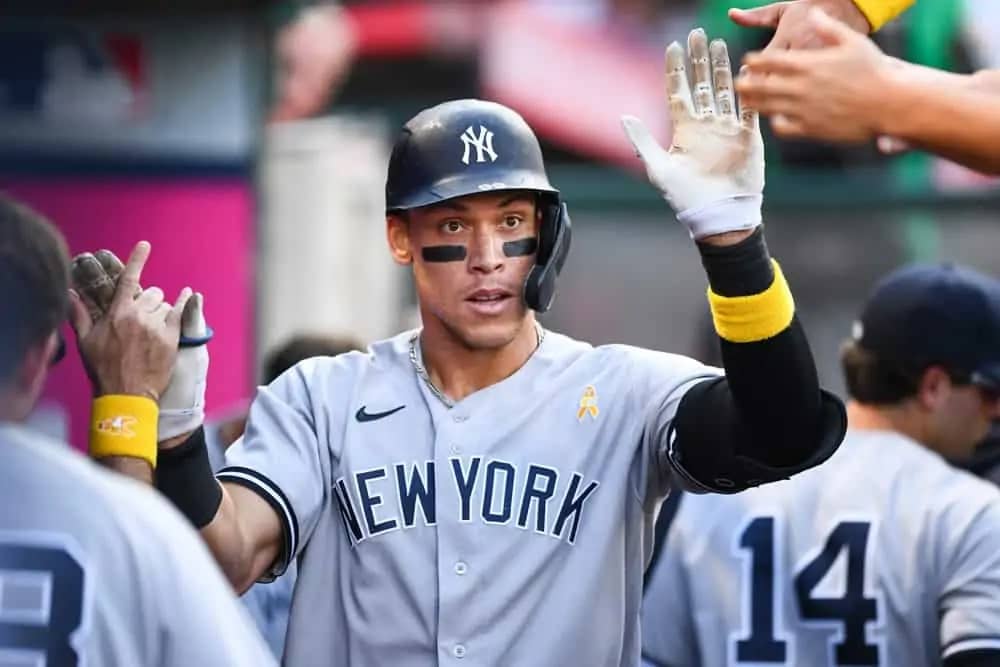 The San Francisco Giants may be close to landing the prize in the Aaron Judge free agency market. On Tuesday afternoon, Jon Heyman of the New York Post reported but later rescinded that Judge and the Giants had agreed to a contract. Following the initial report, the Giants surged up the list of World Series odds.

After on Monday being priced at +3500 to win the 2023 World Series, the Giants World Series odds jumped to +2500 (via DraftKings) on Tuesday.

During Aaron Judge's historic 2022 season, he faced questions about his future after failing to agree with the New York Yankees on a contract extension in the offseason. It's now safe to say the bet on himself paid off. Judge hit an American League record 62 home runs to go along with 131 RBIs in a career year. He cemented his incredible season by taking home the American League MVP Award.

On Monday, New York Yankees general manager Brian Cashman admitted he was not sure what Judge's final free agency decision would be, and he was not aware that the outfielder was traveling to the Winter Meetings in San Diego.

“You’ve seen in the last 48 hours, people start to make decisions,” Cashman told the New York Post. “It’s not like we missed time, in my opinion, but I understand the longer things go, the more at risk you are. It’s easier if we are driving it. We’re not driving it. … He’s got a lot of leverage and he’s earned that right.”

The Yankees' odds to win the World Series did not move from +1000.

Heyman admitted on Twitter that he may have "jumped the gun" on the report that Judge was headed to the Giants. But given recent developments, we could be hearing an official announcement in the very near future on the Aaron Judge free agency.

Your first NHL bet is on Caesars up to $1,250
Share on TwitterShare on FacebookShare on EmailShare on SMS