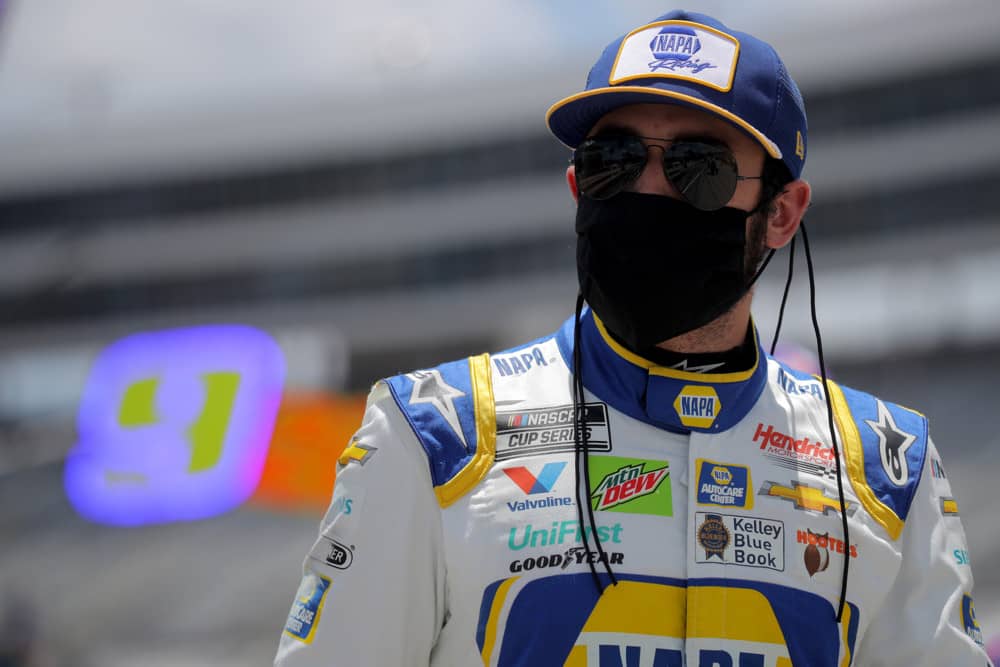 The NASCAR Cup Series heads to Martinsville Speedway for the penultimate race of the 2022 season. Only Joey Logano has locked himself into the Championship 4, so all seven remaining playoff drivers have an extra incentive to perform well this weekend. The Xfinity 500 odds are open, and five playoff drivers — Logano, Chase Elliott, Denny Hamlin, William Byron and Ryan Blaney — all have odds shorter than 10-1. Bettors should tail the below Xfinity 500 picks and predictions to secure a positive return.

The NASCAR Cup Series has four concrete tracks on the schedule: Martinsville Speedway, Bristol Motor Speedway, Dover Motor Speedway and Nashville Superspeedway. Those tracks are meaningfully different from other circuits because concrete is smoother than asphalt. As a result, tires wear slower, but they also put down less rubber, which gives drivers less grip.

Chase Elliott has looked near-unbeatable at concrete tracks in the NextGen car. He dominated the spring Martinsville race by leading 185 laps and winning both stages before getting shuffled back and finishing 10th. He then won at Dover after leading 73 laps and won at Nashville after leading 42. He finished second to Chris Buescher at Bristol as well.

Elliott has been dominant at Martinsville before. He led the most laps in last year's fall Martinsville race -- 289, or 57.7% -- before getting shuffled back due to a late-race caution. He had finished second in the spring race that year. Elliott also dominated the fall race here in 2020 on his way to the championship.

Elliott's odds to win the Xfinity 500 vary wildly across the market. He sits at only 5-1 at Caesars, 6-1 at BetMGM and 13-2 at both DraftKings and FanDuel. Bettors can get an extra chunk of value by playing the 15-2 available at PointsBet. Splitting three-quarters of a unit between his outright market and his head-to-head market should yield a positive return on investment.

Like Elliott, Chris Buescher has flashed incredible talent on concrete tracks, but unlike Elliott, his performances have been more hit-or-miss. He finished 15th at Martinsville in the spring, eighth at Dover, 30th at Nashville and first at Bristol. Still, racking up a pair of top 10s in a four-race sample should've earned him shorter odds than +140.

Buescher has also qualified well at these tracks, so bettors looking to back Buescher should get their action down early. He started fourth at Martinsville in the spring and won the pole at Dover. He started only 15th at Nashville and 20th at Bristol, but his average starting position of 15.5 is much better than his opponent on the matchup market, Bubba Wallace (18.1). Wallace qualified worse than Buescher at every concrete track except Bristol, and he finished worse at every concrete track except Nashville.

Backing Buescher to win isn't sharp, especially since his odds have crashed to around 40-1 from the 125-1 available at Bristol. But his top-10 odds should have shortened by more, especially since Buescher scored a top-10 at Martinsville last year, so splitting a unit between that market and an advantageous matchup should yield bettors a solid return.

Despite Erik Jones routinely finishing near the top 10 at concrete tracks, the books have given him longer odds than his raw mathematical chance of scoring such a finish. With 36 cars entered, every driver has a 27.7% chance of scoring a top-10 finish, but Jones' implied odds sit at a mere 20.8%. That is far below the number he deserves.

Jones has performed well on concrete ovals this year. He finished 13th at Martinsville in the spring, 10th at Dover, 11th at Nashville and 24th at Bristol. Although that Bristol performance may justifiably raise some eyebrows, Jones ran well enough in the other events to warrant backing him here. Further, Jones has rattled off 13 top-10 finishes this season, giving him a hit rate of 38.2% which also exceeds his implied odds.

While it's true that Jones has just one top-10 result to his name at Martinsville, it came in a worse No. 43 car last season. Jones has shown the ability to overperform his equipment at tough tracks like Martinsville, so backing him to score a top-10 finish at odds of +380 feels sharp.