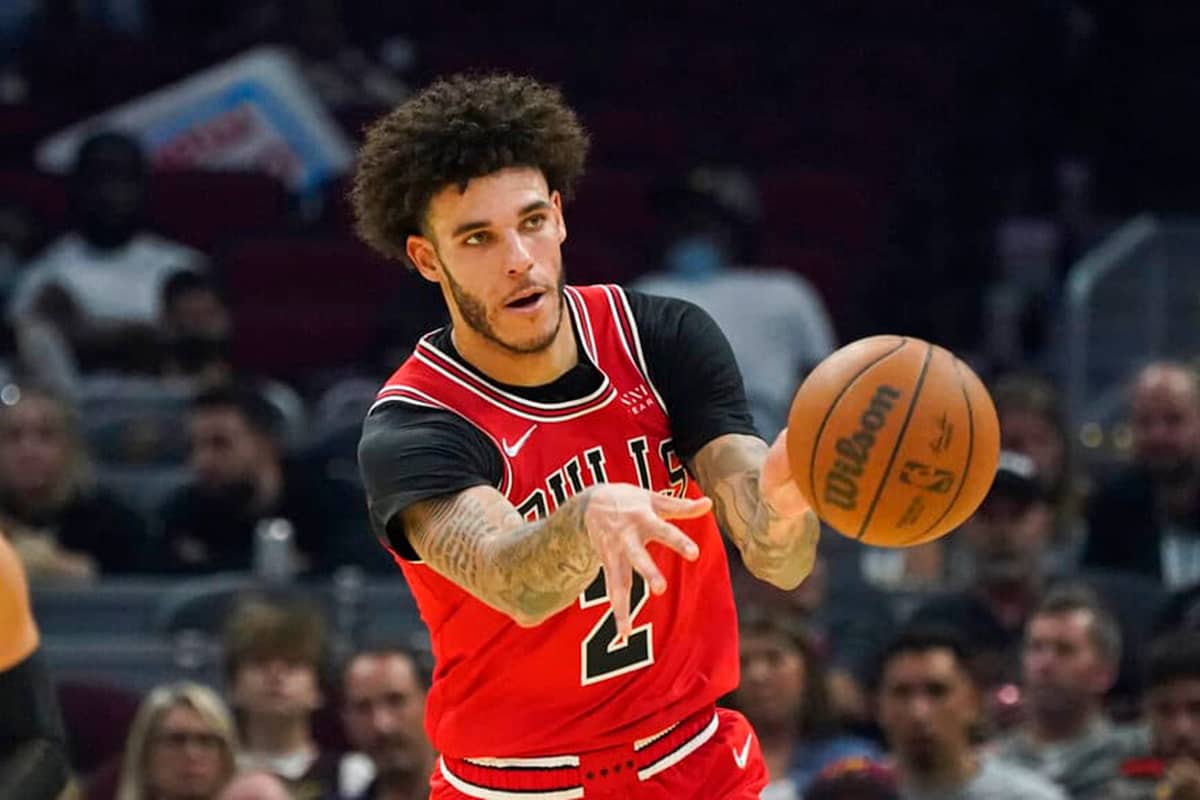 Are the Chicago Bulls setting themselves up for failure in the 2022-23 NBA season?

Chicago inked Zach LaVine to a massive extension over the offseason, banking that a second year of a core centered around LaVine and DeMar DeRozan will show results. Vegas oddsmakers aren’t so sure about that.

Despite the fact that the Bulls made the postseason easily a year ago, landing with the #6 seed in the East, the current line has the Bulls as just slight favorites to make the playoffs again this season.

Per DraftKings, the Bulls are just -140 to make the playoffs this year, with the line set at +110 for them to miss out altogether.

The most alarming aspect of the 2022-23 Bulls is centered around point guard Lonzo Ball, who has been dealing with a knee injury since the beginning of last season.

Despite Ball’s original timeline for return being the end of last season, he has suffered from multiple different setbacks and still cannot workout or go through normal day-to-day activities without experiencing discomfort in his leg.

“I’ve never felt pain like this or was able to ramp up a little bit but never fully, so definitely a unique situation,” Ball told ESPN. “The doctors and the Bulls, we’re all trying to figure out what it is. Like I said, we all came to the conclusion that it’s time for surgery.”

The Bulls added veterans Andre Drummond and Goran Dragic in the offseason, with hopes of shoring up their defense. But they failed to make the big splash that would really get them over the hump.

Now, the Bulls enter the season looking around the Eastern Conference and seeing plenty of teams improving, and they have plenty of doubters thinking they won’t match up with the game’s elite teams this year.

The Bulls are one of the bigger question marks in the NBA this season, and their betting line reflects just that.