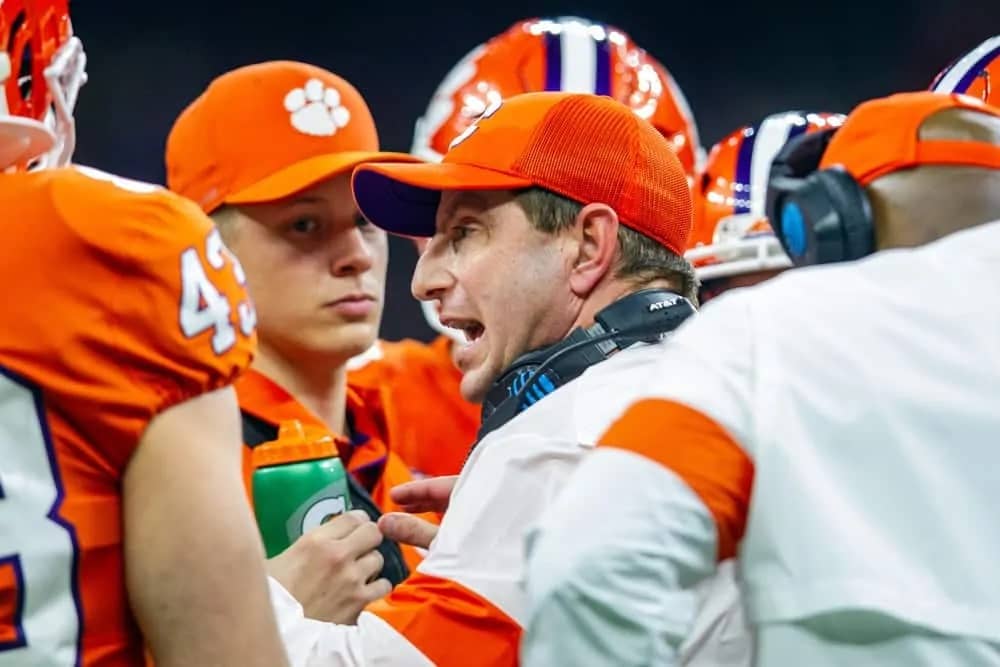 The top four teams in the CFP rankings for the four-team playoff remained the same — No. 1 Georgia Bulldogs, No. 2 Ohio State Buckeyes, No. 3 Michigan Wolverines, No. 4 TCU Horned Frogs — and for the most part the odds corresponded.

Maryland! Get $200 in Free Bets on registration

Clemson’s lower College Football Playoff ranking is based in large part on its only loss of the season, 35-15 to the Notre Dame Fighting Irish on Nov. 5.

“You’re looking for football judgement, and that game against Notre Dame … that continues to be part of the discussion,” CFP committee chair Boo Corrigan told ESPN. “Overall, we saw Alabama at 7, and Clemson at 8.”

According to the ESPN Playoff Predictor, Clemson has a 31% chance to make the College Football Playoff, whereas LSU has a 7% chance, Alabama has a 12% chance, and USC has a 15% chance.

Alabama and LSU each has two losses, USC has one. Georgia, Ohio State, Michigan and TCU are undefeated.

Clemson is a 14.5-point home favorite against the South Carolina Gamecocks on Saturday, and will play the North Carolina Tar Heels in the ACC Championship.

LSU is a 10-point favorite at the Texas A&M Aggies before playing Georgia in the SEC Championship. USC is a 5-point home favorite against Notre Dame and will play in the Pac-12 Championship.