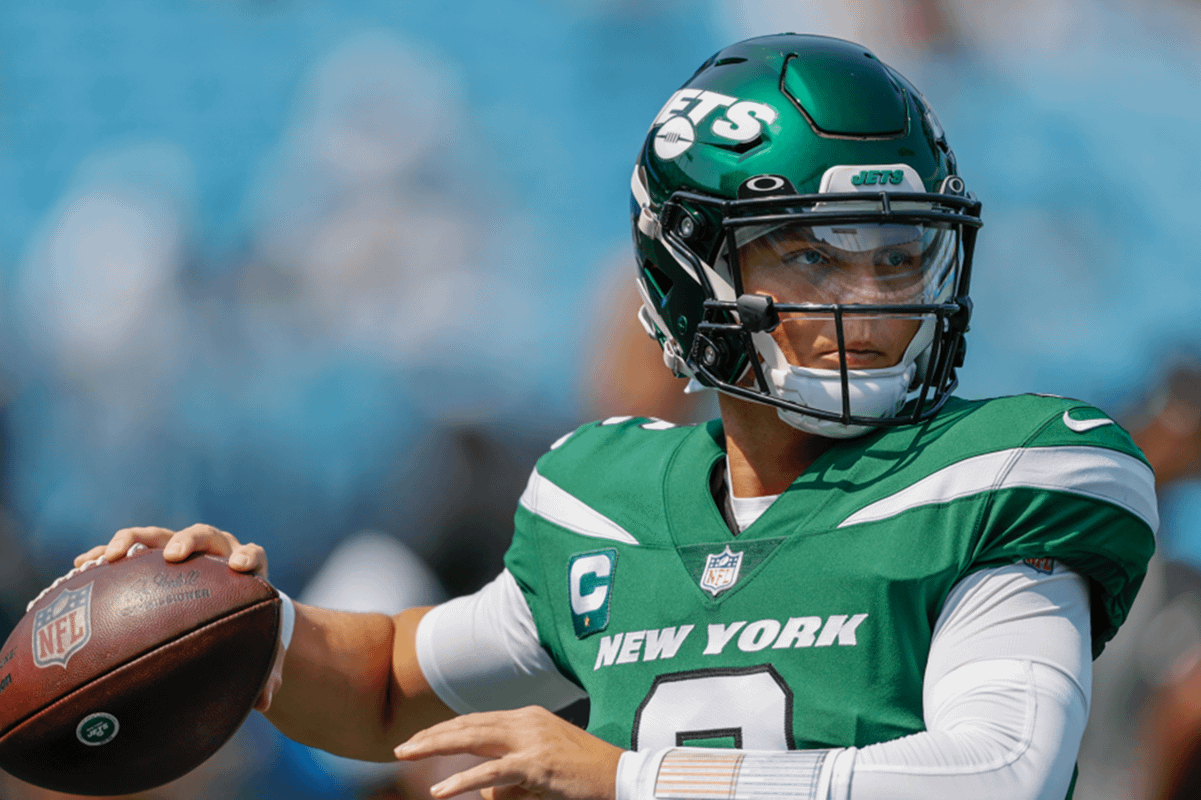 The New York Jets are sending a message loud and clear: they think they have a good enough team to make the playoffs this season, and they’re not going to wait around for young quarterback, Zach Wilson, to mature.

After a dismal performance against the New England Patriots in Week 11, ESPN’s Adam Schefter announced on Wednesday morning that Jets players were told in a meeting that Wilson will be benched for their Week 12 game against the Chicago Bears.

The Jets opened as just 2.5-point favorites against the Bears, but jumped to 4.5 with some uncertainty around the status of Justin Fields. On Wednesday, the line sits at Jets -5. Check out the full odds below, via DraftKings.

In the 10-3 loss against the Patriots, Zach Wilson completed just nine of 22 passes for 77 yards. However, it was a resounding, “no” when asked if he felt he let his defense down that has created the biggest media frenzy after last weekend. The Jets have named Mike White the starter for Sunday, with veteran Joe Flacco slated as the backup.

“Zach’s career here is not over,” Jets head coach Robert Sales said when addressing the quarterback switch. “The full intent is to make sure Zach gets back on the football field at some point this year.”

Justin Fields remains questionable for the Bears after suffering a shoulder injury in the final series of the Week 11 loss to the Atlanta Falcons.