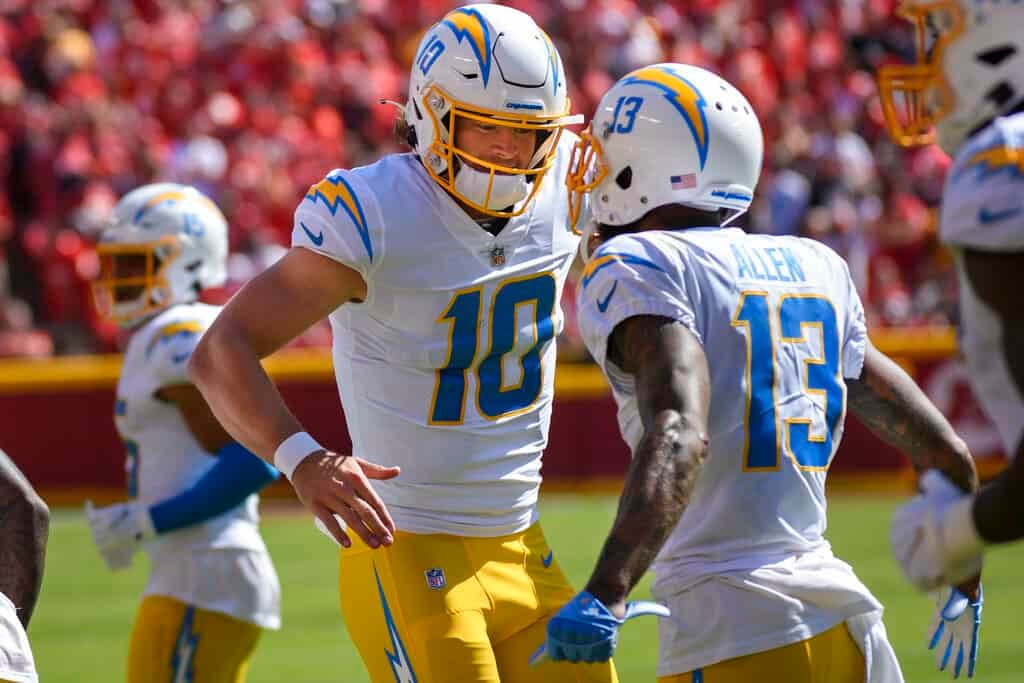 It appears that the Los Angeles Chargers will have quarterback Justin Herbert available when they take on the Jacksonville Jaguars this Sunday.

Herbert gutted through the end of the team’s matchup with the Kansas City Chiefs in Week 2 despite suffering an injury to his rib cartilage. While he was limited in practice on Wednesday, Herbert was seen throwing to receivers on Thursday.

Justin Herbert is on the field throwing passes. More than we saw him doing yesterday. #BoltUp pic.twitter.com/rKfUeJasue

We have Herbert ranked as the No. 5 quarterback in our Week 3 NFL Start/Sit Fantasy Football Rankings, assuming that he is able to suit up.

“He’s gotten a lot of rest since the last game,” Chargers head coach Brandon Staley said to ESPN. “He’s feeling more comfortable. I know that he was able to do some light throwing yesterday, some rotational work, but we’re just going to take it day by day and see where his comfort level is.”

Despite the loss to the Chiefs last Thursday, Herbert proved why he’s a rising stars in our game today.

Herbert completed 33 of 48 passes for 334 yards and three touchdowns in a duel with Chiefs quarterback Patrick Mahomes. The Chiefs were able to score at the end and gather the onside kick and to win the game 27-24.

While it looks like Herbert is intent on being under center for the Chargers for Week 3, Staley won’t commit just yet.

“Any player that goes through something like this, that’s your biggest responsibility as a coach is to take care of your players, “Staley said. “So I think we have full alignment with Justin and his family, his agents, and then the medical professionals, and that’s what we’re going to try to do is have alignment that way and just kind of trust the process and hopefully get him well soon.”