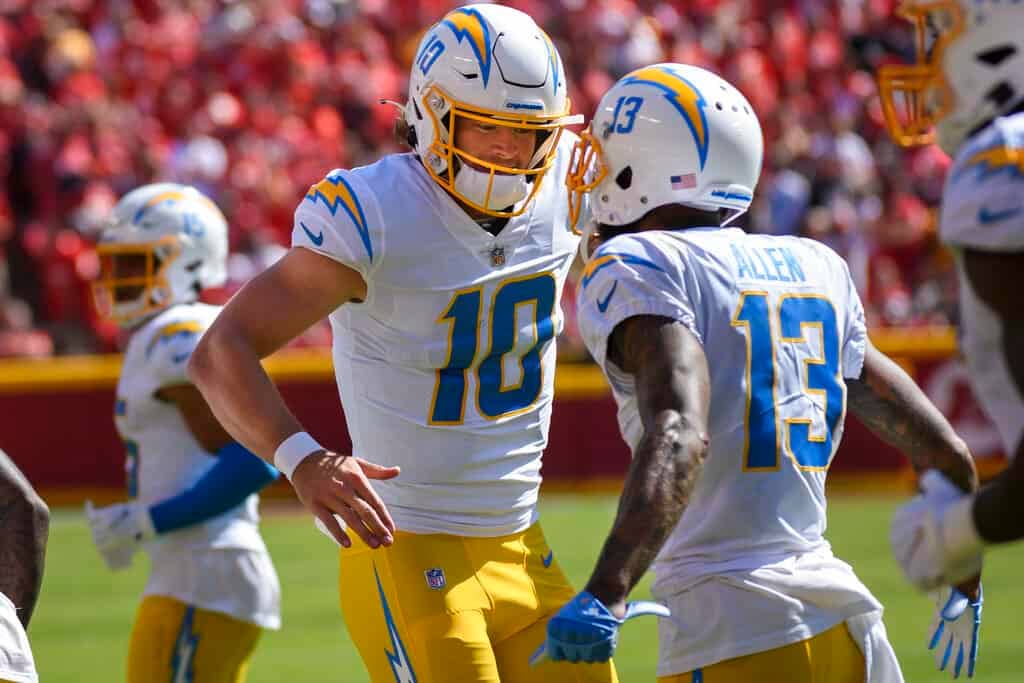 Los Angeles Chargers wide receiver Keenan Allen has been out since Week 1 with a hamstring injury, and it appears there’s no clear plan for him to return to action.

Following practice Wednesday, Chargers head coach Brandon Staley revealed that Allen was again held out and will remain “day to day” for the time being.

While it’s beginning to look like the Chargers would have been better served putting Allen on injured reserve, it now looks like that’s where he’ll remain for fantasy football managers for at least one more week. Fortunately for the Chargers, quarterback Justin Herbert has developed a solid rapport with some of the other options in the offense, specifically WRs Mike Williams and Joshua Palmer.

Per our Stokastic NFL Start/Sit Fantasy Football Rankings for Week 5, Williams currently sits as the No. 19 receiver, and Palmer is at No. 59.

Coming into the season, Williams was well known, but Palmer has started to make a name for himself. In Week 4, Palmer was only able to haul in one reception for 25 yards during a 34-24 win against the Houston Texans. But in Week 3, he caught six of nine targets for 99 yards in a 38-10 loss to the Jacksonville Jaguars. Palmer was a limited participant in practice Wednesday because of an ankle injury.

“I think Josh Palmer is definitely one of those guys. He’s a receiver. Real physical,” Herbert said prior to the season. “He’s going to be in his second year here. He’s made huge strides the past couple of years, and we trust him. He’s fast, athletic, not afraid to go up and get the ball. So, he’s definitely a guy that’s going to get a lot of targets this year.”

Unfortunately, it appears Allen will remained sidelined for a little longer, but Herbert can lean on Williams and Palmer for the time being.

The Chargers play at the Cleveland Browns on Sunday. Los Angeles is a 2.5-point road favorite with an over/under of 47.5 at FanDuel.