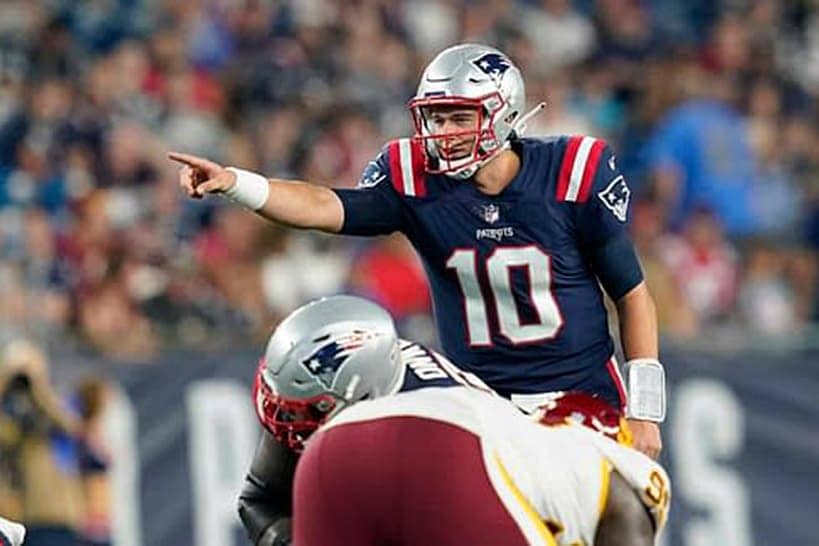 Could the New England Patriots really get quarterback Mac Jones back for their Week 5 game against the Detroit Lions?

Jones was forced to sit out last week’s OT loss to the Green Bay Packers after suffering an ankle sprain during the final play of the Patriots’ Week 3 game.

Jones was listed as a limited participant in Wednesday’s practice, according to team reports.

“I know Mac Jones is going to try to push to play,” NFL Network’s Ian Rapoport said Wednesday. “I know he believes he can play this Sunday. We’ll see if he’s able to. There’s definitely a time last week, late in the week, when he thought he’d be able to play too. Did not end up participating in practice, was not able to play. If he’s listed as limited [Wednesday], I’d say at least that means he’s got a shot of being out there on Sunday.”

If Jones isn’t able to go, it will likely be rookie Bailey Zappe under center again for the Patriots. Zappe impressed in relief of Brian Hoyer last week against the Packers. The rookie completed 10 of 15 passes for 99 yards and a touchdown.

“In the end, [Packers QB Aaron] Rodgers was just too good,” Patriots coach Bill Belichick said to ESPN. “He made some throws that only Rodgers could make. … I thought Bailey competed well.”

Zappe will most likely be making his first NFL start this weekend, but it really speaks to Jones’ toughness that he’s exhausting all options to be on the field despite his painful injury.