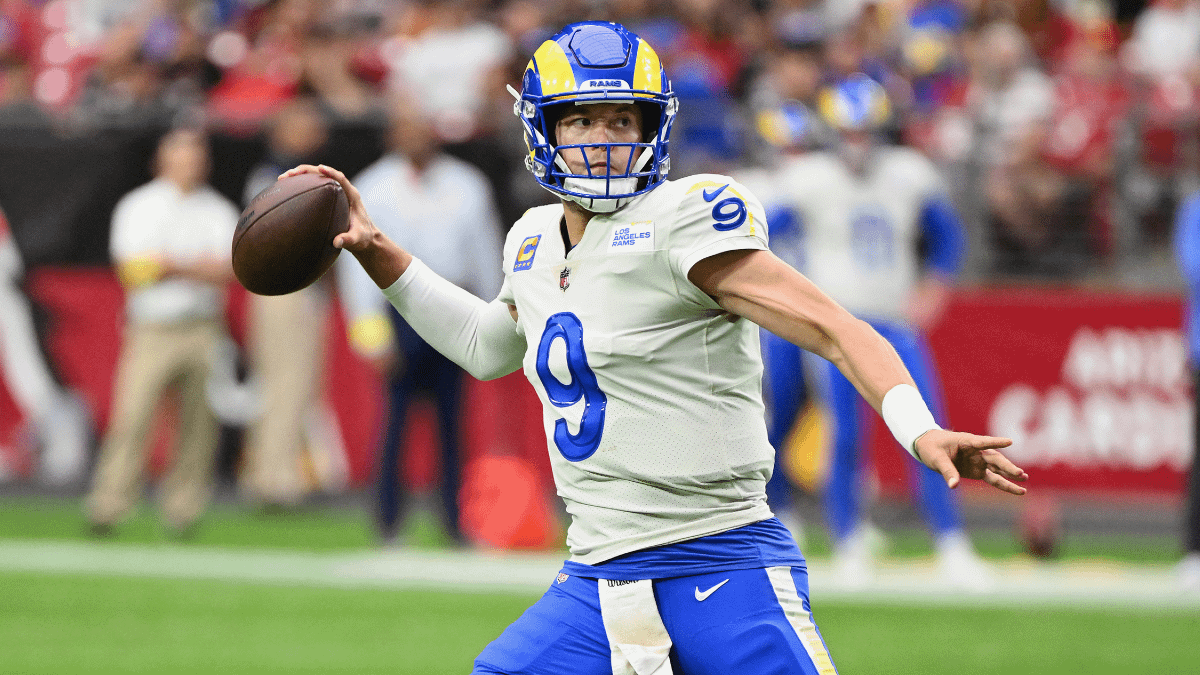 The Los Angeles Rams were already up against a tall task of trying to defeat the Kansas City Chiefs on Sunday. Now they also have to deal with quarterback Bryce Perkins making his first NFL start with the latest Matthew Stafford injury news.

On Wednesday afternoon, Rams head coach Sean McVay announced that Stafford will be held out of the NFL Week 12 game with a lingering neck issue. John Wolford started one game in place of Stafford for the Rams this season, but ESPN’s Adam Schefter reported that Perkins took the first team-reps at practice and is likely to be the starter Sunday.

Be sure to check out our OddsShopper tool for the best NFL odds.

The line opened with the Rams as 2.5-point underdogs but shot up almost amazingly following the latest injury report. Stafford left a 27-20 loss to the New Orleans Saints last week and remained in the NFL concussion protocol as of Wednesday.

If you’re wondering who Perkins is, you are certainly not alone. The 25-year-old started his college football career at Arizona State before transferring to Arizona Western College and then to Virginia, where he became the starter.

Perkins was signed by the Rams as an undrafted free agent in 2020 but was waived and put on the practice squad. He was brought back to the active roster last season and joined the team throughout its Super Bowl run. He signed a reserve/futures contract in the offseason.

The dual-threat quarterback flashed his skills throughout the preseason, completing 35 of 49 passes for 399 yards and two touchdowns, adding 18 carries for 73 yards and two scores.

He completed 5 of 10 passes for 64 yards and gained 39 yards on five attempts in place of Stafford against the Saints.

The good news for Rams fans is that Bryce Perkins should have a good understanding of the offense with all of his time and experience with the team. But it’s a big ask for him to go toe-to-toe with Patrick Mahomes in his first NFL start.