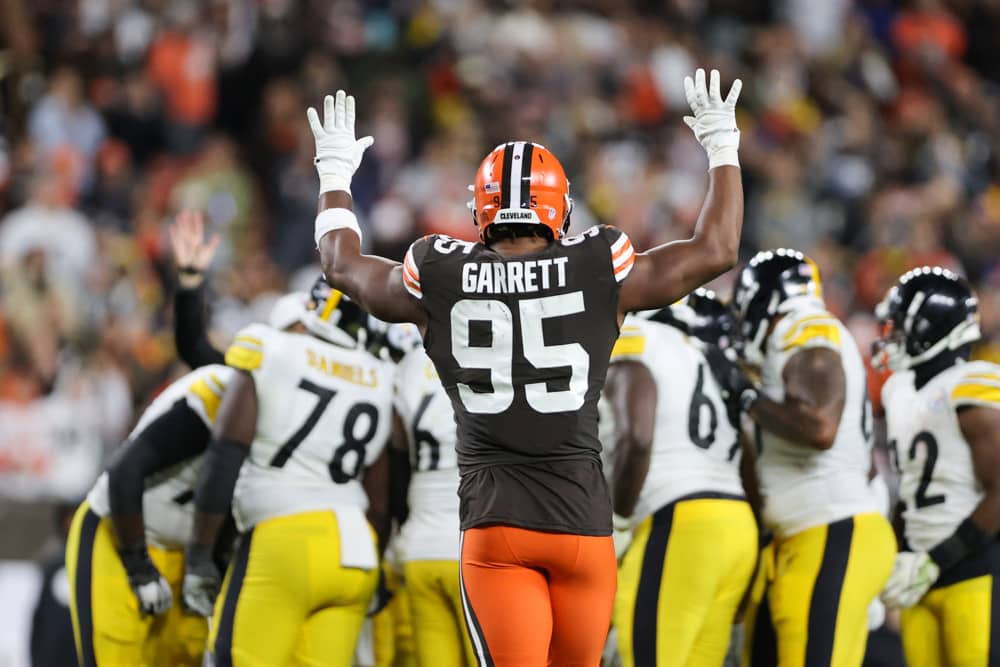 Cleveland Browns superstar defensive lineman, Myles Garrett, has been dominating headlines since he was caught in a single-car crash earlier in the week.

While Garrett was initially hospitalized, the medical report was initially unknown. The Browns released a statement on the condition of Garrett on Tuesday.

“Currently, our focus is on providing Myles the medical care needed for him to return to football activity,” the statement said. “Although we hope to have him back soon, his availability for Sunday’s game in Atlanta will be evaluated by team doctors throughout the week.”

According to NFL Network’s Tom Peliserro, Garrett swerved off the road to avoid an animal, and photos that have emerged from the scene indicate that the crash could have been much worse.

Unsurprisingly, Garrett is in the midst of another dominant start to his season. Through three weeks, he has recorded seven tackles, three sacks, and eight quarterback pressures. At 26 years old, he remains one of the league’s most feared defenders, and is currently among the favorites (+550) to win the Defensive Player of the Year Award.

Garrett was released from he hospital on Monday night, but will continue to be monitored throughout the week by team and personal doctors.

It still would seem that the chances of Garrett suiting up against the Atlanta Falcons this Sunday would be rather slim, but it’s positive to hear that he didn’t suffer a major injury during the nasty wreck.

Hopefully we see Garrett back on the field in the near future.