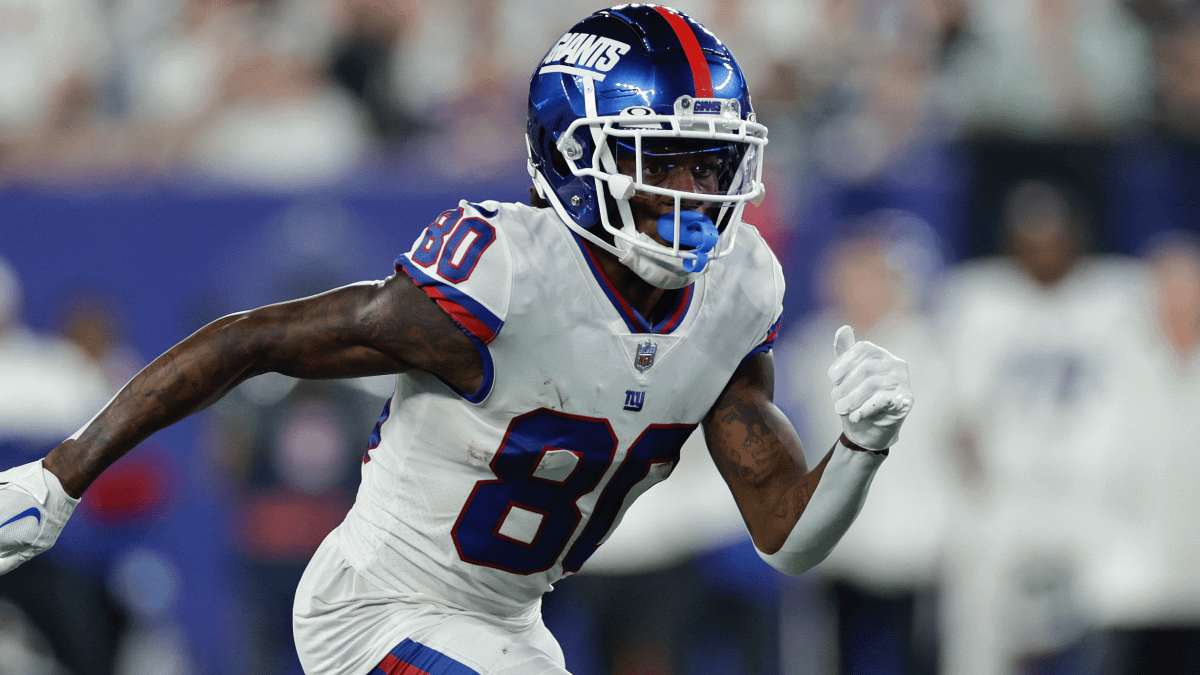 Could New York Giants receiver Richie James Jr. be a fantasy football option in the absence of Sterling Shepard?

In the Giants Week 3 loss to the Dallas Cowboys, Shepard suffered an ACL injury late in the game, and has since been ruled out for the entirety of the 2022-23 NFL season.

Now, the veteran James has emerged as a potential favorite target for Daniel Jones.

In the first three games of the season, James has been targeted at least five times in every matchup, and should see his snap count increase given the injury to Shepard.

In Week 3, James hauled in four of five targets, with 36 yards. But he had over 50 receiver yards in the first two Giants games on the year.

Per our Stokastic NFL Start/Sit Fantasy Football Rankings for Week 4, we currently have James Jr. listed as the No. 33 receiver option against the Chicago Bears. He could also reap the benefits of a banged up Bears secondary, who will be missing top corner Jaylon Johnson for the second consecutive week.

James also finds himself in our profitable parlay using our Parlay Builder tool.

“When I first got here, I said in my mind that I was going to do this,” James said. “It wasn’t for everybody else to know, just for me to know. I didn’t want to go anywhere else. I chose this team. I wanted to stay here.

After the injury to Shepard, the Giants will have just four receivers — James, Kenny Golladay, Darius Slayton and David Sills — available for their Week 4 active roster. Thus far, Golladay, Slayton and Sills have combined for just seven combined catches on the season, meaning James may very well take over as the top receiver option in New York.

“I’ve never been in this spot,” James said. “I only had one game to show what I could do. When you’ve been waiting for a certain number of years, who wouldn’t want to play well? Any receiver would want to come to a pass-happy offense.”

Last season, James was seldomly used in the San Francisco 49ers‘ offense, and he knows he’s being given a great opportunity to prove himself as an NFL receiver for the remainder fo the season.

At the end of the day, someone has to receive targets in the Giants’ offense, and James has as good of a chance as anyone to emerge as the top beneficiary of the injuries to the skill players.

IL, KS and LA: Bet $10, Win $200 if EITHER team scores a TD between the Commanders and Bears
Share on TwitterShare on FacebookShare on EmailShare on SMS