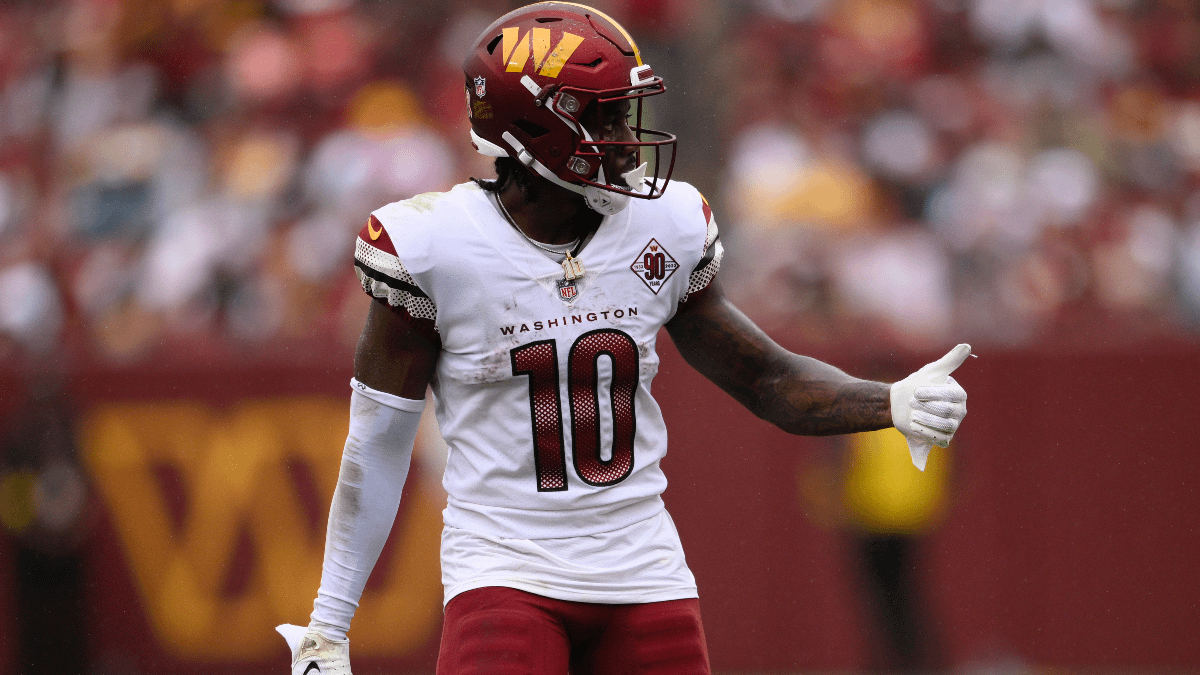 The Washington Commanders appear to have a three-headed attack at receiver that includes Terry McLaurin, Jahan Dotson and Curtis Samuel. The trio has been turning heads in the early going of the NFL season.

Dotson, Samuel and McLaurin all have similar stats so far this year.

Samuel ranks highest among the Commanders’ receivers in our Stokastic NFL Start/Sit Fantasy Football Rankings, He ranks #19 of all receivers on our list, with McLaurin checking in at #37 and Dotson at #73.

Rivera has been excited about adding Samuel back to the team after he was out for the better part of the 2021 season with a hamstring injury.

“I think the big thing, more than anything else, is getting Curtis back on the football field,” Rivera said. “We know what he’s capable of. We’ve seen it. We’ve seen the success he’s had, we’ve seen the impact he has on offense.”

Not only is Rivera excited about the playmakers that he has on the offensive side of the ball, but quarterback Carson Wentz is using his weapons to come out of the gates strong in 2022.

Wentz looks like a serviceable quarterback again after a dismal campaign last year with the Colts. He’s currently second in the entire NFL (behind Tua Tagovailoa) with 650 passing yards through two weeks. Wentz also has seven touchdowns to go along with three interceptions.

McLaurin was expected to maintain his role at the #1 receiver on the Commanders’ depth chart heading into the season. Through the early going, it looks like a rejuvenated Samuel is taking over the role as Wentz’s favorite target.

“It’s exciting to be back,” Samuel said. “After all the stuff I done been through last year, to be able to come out here and run around, feel good, that was refreshing.”

The Commanders will take on the tall task of going up against Jalen Hurts and the Philadelphia Eagles this Sunday.