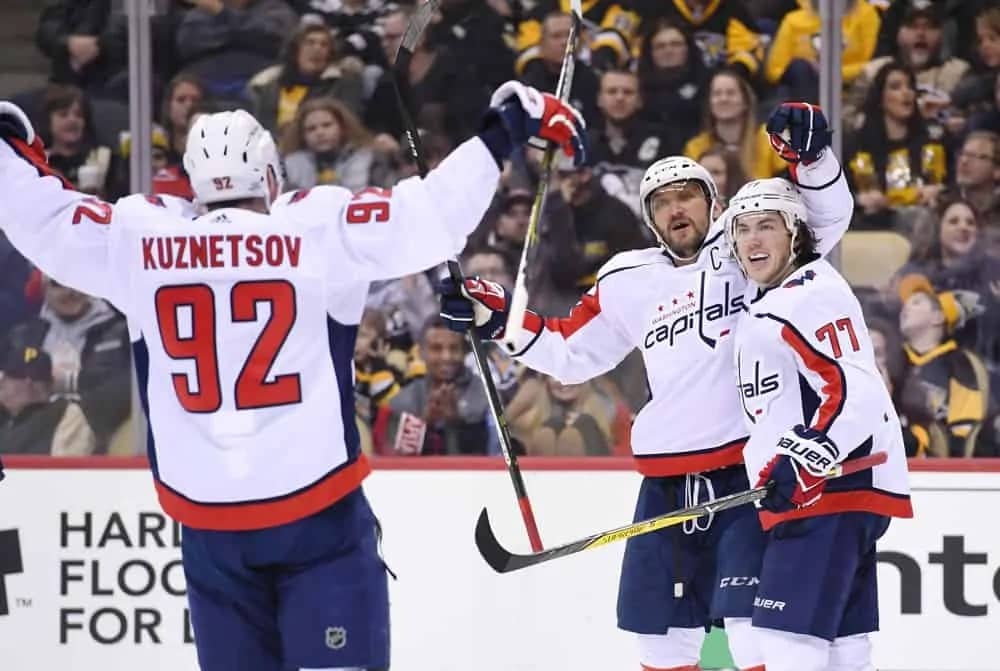 After a sleepy two-game schedule last night, the National Hockey League dials it up to a 15-game schedule this Wednesday evening. Let’s dive in and find the most valuable NHL player props with the help of OddsShopper.

After taking down the Calder Trophy on the heels of a 50-point rookie season across 82 games played, Moritz Seider’s start to his sophomore campaign has been underwhelming, at least from an offensive standpoint. He collected just 5 points across his first 16 games of the season. However, he’s notched 4 points over his last two games to get back to 0.50 points per game on the season. He’s coming off a three-assist game his last time out against the Columbus Blue Jackets.

Seider and his teammates dodge the Predators’ No. 1 netminder for this one, as Juuse Saros takes a breather in favor of backup Kevin Lankinen going in his stead. Lankinen has been great, posting a .921 save percentage in five appearances, but he was pounded for five goals his last time out. His save percentage has begun regressing to the mean given his .903 mark in that department.

Seider’s ice time is right in line with last year’s mark, as is his shooting rate. That’s important, as his numbers should remain in line as well, and the fact that he should be riding plenty of confidence  following a big game only adds to the intrigue here. Seider is the team’s best defenseman and the lone blue liner on the team’s first power play. He should be able to get in on the action against a Predators back end that’s below average in many underlying metrics this season.

Not a shooter by trade, Nick Suzuki has a good opportunity to rack up the shots on goal tonight against a decimated Blue Jackets lineup. The Canadiens should be able to control the play since at least five Blue Jackets regulars are out of the lineup, not counting netminder Elvis Merzlikins. With Zach Werenski, Adam Boqvist and Jake Bean missing from the blue line, an already-poor Jackets back end is razor thin and has surrendered a ton of shooting opportunities this season.

Columbus ranks dead last in shot attempts against per 60 minutes at five-on-five. Only the Anaheim Ducks have allowed more shots to reach the target this season, as Columbus has surrendered a whopping 37.3 shots on goal per game this season.

Suzuki might not pepper pucks on the net as much as linemate Cole Caufield, but he’s at least averaging more than two shots per game. Suzuki is the clear-cut No. 1 center at even strength and on the power play for Montreal, and the evidence lies in his 20:43 average ice time this season, easily the most on the Canadiens. This is a wildly attractive price given all of the above, so give Suzuki’s shots prop a strong look against a team that’s allowing plenty of rubber to reach the target.

The Flyers were an early-season fraud from a defensive point of view. They came out as a top-five defense but have cratered since, and it makes perfect sense given the numbers.

Evgeny Kuznetsov is averaging 2.84 shots per game on the season. However, he’s not skating with Alex Ovechkin, who loves to shoot. Rather, it appears he’ll center T.J. Oshie and Sonny Milano, who have combined for just 26 shots in 17 games. If those two don’t shoot the puck, Kuznetsov will.