There is MLB betting action at all times of the day on Thursday, Aug. 12. The day’s schedule is loaded with intriguing matchups, but none more so than John Means taking the mound for the Baltimore Orioles against the Detroit Tigers. Using the Awesemo OddsShopper tool, I have found the best prices and examined the best Vegas odds to find the best expert MLB picks.

The Field of Dreams game in Iowa should be quite the event, as the Yankees and White Sox will duke it out on a field that sits in front of a cornfield. While there will be tons of glitz and glam attached to the game, one side is looking like a sure thing here. New York left-hander Andrew Heaney faces a Chicago offense that ranks top 10 in wOBA (.326) and ISO (.172) against southpaws. Heaney’s start as a Yankee has been a rocky one, allowing 10 hits and eight runs (five home runs) over 10 innings of work.

On the other side, Lance Lynn will look to keep things rolling. He is 3-0 with a 2.00 ERA over his last six starts. New York was able to take advantage of some awful pitching from Kansas City over the last couple of days, but Lynn is nothing like that. With the huge mismatch in starting pitching, it is safe to take the White Sox on the run line.

Using the Awesemo OddsShopper, SugarHouse has a -1 spread for -127, and it could push if the White Sox win by one. However, the traditional -1.5 run line at a few different sites will earn a plus-money reward (+115).

This is a total to jump on early, as it is already at 8.5 with most sportsbooks but could drop to 8.0 before the first pitch. The matchup of starting pitchers is excellent, with Jose Berrios going for the Blue Jays and Shohei Ohtani for the Angels.

Since coming to Toronto, Berrios has only allowed one run in a span of 12 innings while striking out 13. The change of scenery and place in the standings helped inspire a pitcher that absolutely needs it. Berrios is a highly demonstrative pitcher, so being in the middle of a playoff hunt adds even more optimism. Last season he went 1-1 with a 2.25 ERA and an incredible 0.58 WHIP against the Angels.

Not to be outdone, Ohtani has strung together four straight masterpieces since a disastrous outing at Yankee Stadium on June 30. One of the benefits with Ohtani is that he usually has a huge gap of days in between starts, and that allows him to go deeper into games. The Blue Jays have outstanding numbers against right-handed pitching, but Ohtani is in a class by himself. Look for him to match Berrios and set up an exciting pitcher’s duel.

To avoid the sweep, Baltimore will send left-hander John Means to the mound against Detroit. Means faced this same Tigers team a little less than two weeks ago and wound up with five strikeouts over six innings. There are some reasons to believe he will get just one more and exceed tonight’s prop number of 5.5 in tonight’s matchup. Means knows what he is up against this time, and he will be more comfortable at home.

This matchup against the Tigers is a profitable one, as they strike out at the fourth-highest rate (26.3%) against southpaws. Detroit already won the first two games in this series. Most teams take the foot off the gas in that situation, and perhaps the Tigers will not put out the most dangerous lineup today against the lefty. Red Sox left-hander Eduardo Rodriguez struck out 10 Tigers in a recent outing, and he is a similar pitcher to Means. 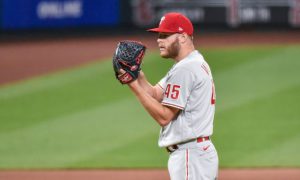 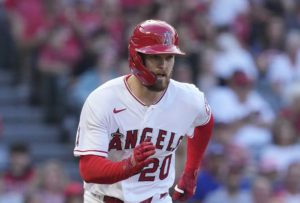 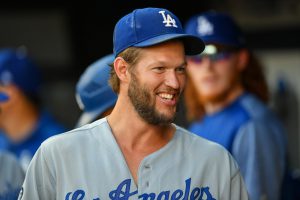