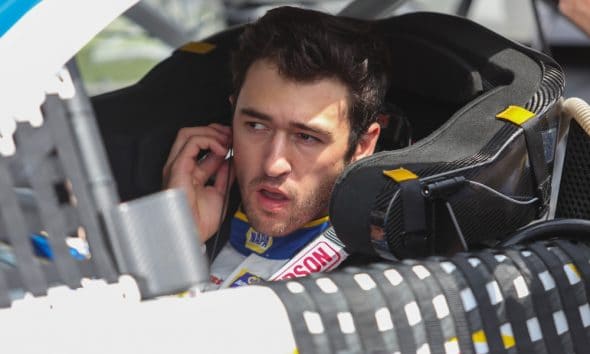 The second leg of the NASCAR playoffs gets underway this Saturday evening under the lights of Richmond. Using BetMGM to find all of the best NASCAR betting odds and lines, let’s take a look at the best bets we can make in this week’s outright markets, potential top-10s and props for the Federated Auto Parts 400, on BetMGM.

Following his top-five finish at Darlington, Martin Truex Jr. finds himself atop the outright boards at +400. Despite being a non-factor in last week’s race, Truex finds himself atop the board based presumably on his track history at Richmond. Since the fall race of 2016, Truex has had two wins, four other top-fives and has led 106, zero, 198, 121, 163, 186, 109, zero and 107 laps.

Betters looking to jump on Truex’s outright should be aware of how pedestrian he has been since his dominating win at Darlington this past spring. Over that time, Truex has just one top 10 finish to his name, his fourth-place finish last weekend. In those four races utilizing the high-horsepower package, Truex has led a total of 17 laps.

Ranking second in BetMGM’s outright NASCAR betting odds comes last week’s winner, Denny Hamlin (+500). The driver of the 11 was in a bit of a lull himself since leading the most laps (207) in the previous Richmond event. However, he broke out of that funk in a major way leading 146 laps en route to his fourth Darlington victory. Fresh off that feat, Hamlin looks to garner his fourth career win at Richmond just the same. Hamlin’s laps led numbers are pedestrian compared to his teammate Truex. Yet, if this past spring was any indication of things to expect for Saturday night, Hamlin should be one of the top favorites to win.

Ranking third is Kyle Larson, whose odds (+600) feel like recency bias for a driver who has not fared nearly as well at the flatter venues, using the 750-horsepower package, compared to the steeply banked ovals like Darlington, Dover, and Nashville. Yes, three of those four races (Phoenix, Martinsville, New Hampshire) saw Larson finish in the top 10 but he was a non-factor in all those events. Larson’s driving style suits him better to be an actual competitor at the steeply banked short tracks. Whereas, in these flatter venues, he is just another top-10 driver in a fast car. Look for Larson to be the betting favorite next Saturday night at Bristol.

Speaking of drivers with varying splits at flatter tracks versus banked venues, Christopher Bell starts things off currently sitting at -200 for a top-10 finish. In his maiden voyage, last season in the 95 for Leavine Family Racing, Bell finished 15th. This season, in the 20 for Joe Gibbs, Bell finished the spring Richmond race in fourth place. Hearkening back to Phoenix, Bell ended his day in ninth, and in July at New Hampshire, Bell closed out the daylight-shortened event in second. These finishes confirm what Bell showed in the Xfinity Series, with a victory at Phoenix, three at Richmond, and three at Loudon.

For betters looking for a driver with longer odds, Ricky Stenhouse Jr. enters the fray at +525. In the three flatter venues, previously mentioned above, Stenhouse has finished each race in 17th or better. For his career, dating back to his Roush-Fenway days, he has traditionally finished in that same range here as well. Stenhouse is going to need a few things to break his way for this bet to be a reality, including cautions to help him remain on the lead lap. That said, with this being a playoff race, do not be shocked if things do break toward more yellow flags than what was witnessed in the spring. In that case, Stenhouse should have no issue staying on the lead lap and hopefully advancing his way into the top-10.

The following list of bets, parlays, and props are being offered by BetMGM for Saturday evening’s Cup race at Richmond: