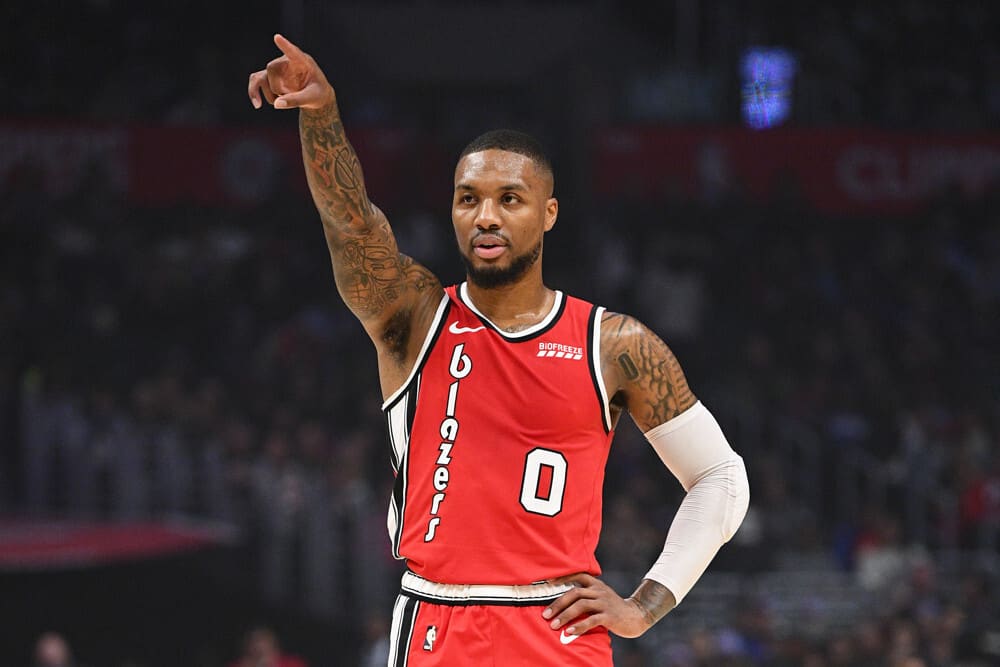 Adam Silver announced on Monday that LeBron James will be suspended for Tuesday’s nationally televised game against the New York Knicks after Sunday’s altercation with Detroit’s center Isaiah Stewart. Stewart was handed a two-game suspension after his antics and will be out against the Heat. Tuesday’s NBA slate presents four games in total. The focus will be on one side and one total. Let’s dive into the best bets to make tonight for Tuesday, Nov. 23.

The Lakers will head to New York on Tuesday to take on the Knicks in Madison Square Garden. The Lakers squeezed out a victory 121-116 in Detroit on Sunday after a wild altercation resulting in multiple ejections. One of those players who will be absent from tonight’s game is LeBron James, who was suspended one game for his elbow to the eye of Isaiah Stewart. The Lakers are entering their fourth game of a five game East Coast road trip. Tonight’s game will be the first game of a back-to-back before heading to Indiana. The Lakers have dealt with several injuries to start this season, resulting in a 9-9 record (4-6 record without LeBron). Despite having a .500 record, Los Angeles has had their issues covering the spread, with a 6-12 record against the spread.

The Knicks will look to continue their defensive ways going up against a Lakers offense that is 23rd in offensive rating (105.4). The Knicks are fifth in defensive rating over the last five games, and Tom Thibodeau will continue to put the emphasis on his team’s defensive efforts. Taj Gibson status is doubtful for Tuesday, as he continues to deal with a groin injury that has forced him to miss the last two games. Mitchell Robinson will remain out with a concussion. Derrick Rose is listed as questionable with a sore ankle. If Rose is unable to suit up, Imannuel Quickley and Kemba Walker should get more minutes.

Despite the Knicks injuries, the Lakers have been far from convincing when it comes to covering the spread. Los Angeles defense is allowing 113.4 points per game — 28th in the league. The Lakers are 1-5 against the spread in their last six matchups against the Knicks. This is a Lakers squad that just trailed double digits to the Pistons, a team averaging the second-fewest points per game in the league. Julius Randle averages 24.1 points per game in his career versus the Lakers. Look for the Knicks to bounce back on their home court after a tough loss to the Bulls.

The best odds are available on FanDuel found through OddsShopper. Find your best bet in 30 seconds or less.

The Nuggets have lost four straight games, while the Trail Blazers have won three straight. The Nuggets will look to get back in the win column tonight but will not have an easy task against one of the league’s best home teams. In their first matchup this season, Denver won in convincing fashion by a final score of 124-95. Denver’s focus tonight will be on the status of Nikola Jokic, who has missed the teams last two games with a wrist injury. He comes into Tuesday’s matchup questionable. The Nuggets have failed to score 100 in both these games. Denver is averaging 102 points per game in the three games that Jokic has been forced to miss this season.

The have been a team of two tales: One that defends their home court no matter who comes into their building, and another that cannot buy on a win on the road, starting the season 1-7 away from Portland. The Trail Blazers come into this game fully healthy, led by Damian Lillard and C.J. McCollum. Lillard was absent in their first matchup with an abdominal injury, so look for him to get revenge tonight on his home court after a season-ending loss in Portland to the Nuggets in the playoffs last season. Portland is averaging 116.1 points per game and 21.1 free throws per game at home this season.

The total is averaging 223.7 points per game in their last five regular-season matchups and 240.3 points per game in their playoff matchup last season. The over is 4-1 in the Nuggets last five overall. Always expect an offensive shootout when these two teams face off, especially when Lillard is playing a nationally televised game. Look for the Trail Blazers to tie up the series against a banged-up Denver squad. Expect these two teams to keep the total score near their recent series average, with or without Jokic.