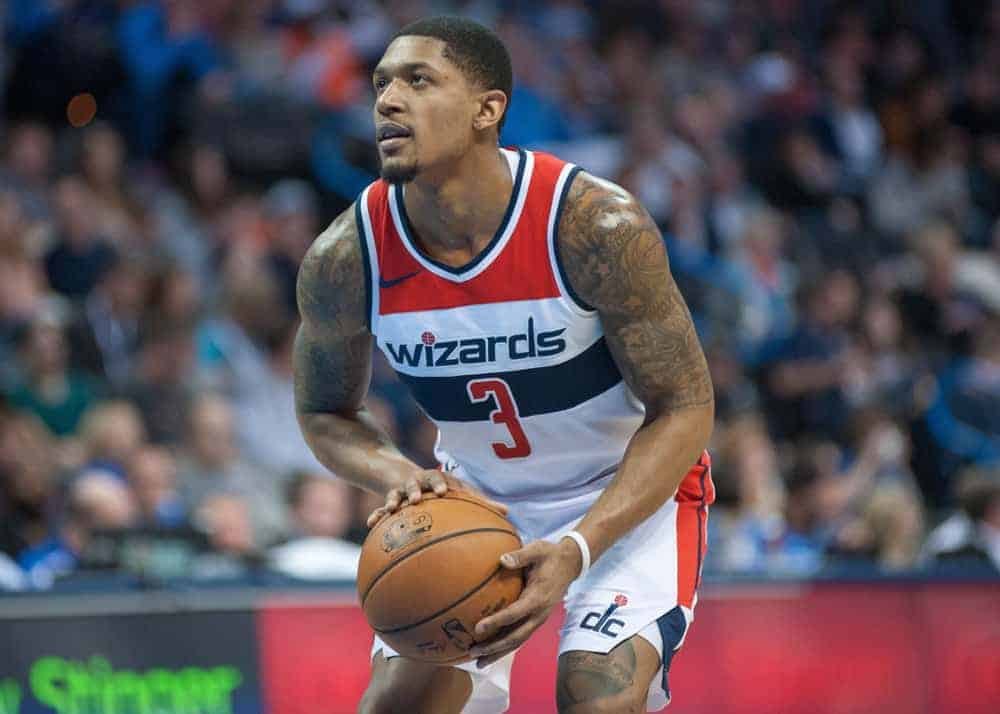 Tuesday’s Best Bets were both winners, improving to a record of 16-8-1 for +6.64 units on the year. Wednesday will be a wild one in the NBA, with 13 games across the league before heading into a Thanksgiving break. Plenty of value to be found in a slate of this size. The focus will be on one side and one total. Let’s dive into the best bets to make tonight for Wednesday, Nov. 24.

The Wizards head to New Orleans on Wednesday to face the 3-16 Pelicans. The Wizards are 11-6 on the season, fourth in the Eastern Conference. The Wizards and Pelicans matched up in Washington last week, with the Wizards taking home the victory 105-100. Since their matchup last Tuesday, the Wizards have managed to drop three of four games and are looking to bounce back after a loss to Charlotte on Monday.

The under has cashed in 12 of 17 games this season for the Wizards. Washington ranks fifth in defense rating and is going up against a Pelicans team that is struggling offensively, averaging 100.6 points per game this season. Washington is holding opponents to 100.9 points per game on the road. Bradley Beal and the Wizards will look to spark their offense and take advantage of the 28th-ranked New Orleans defense. Washington’s Davis Bertans is expected back in the lineup after missing the last 10 games due to an ankle sprain.

The have failed to score more than 98 points in their last four games and cannot seem to get it figured out. Brandon Ingram has been ice cold shooting since returning from injury. He is shooting 34 for 98 from the field (34.7%) over this six-game span. Devonte’ Graham comes into this game questionable after missing the last three games with a foot injury. According to reports, he was able to practice on Tuesday, so there is a good chance he will return to the floor in tonight’s game.

The Pelicans have been the most profitable under team this season, cashing in 14 of their 18 games. Do not expect their offense to turn it around going up against a top-five defense. These two teams rank in the bottom half of the league in pace. The total went under by 3 points in their last matchup; expect a very similar result in tonight’s game.

The Trail Blazers are coming off a 4-0 home stand improving their record to 10-8 overall on the year. They will travel down to Sacramento on Wednesday and look to get back on track away from home after starting 1-7 on the road this season. Portland’s only road win this year came against the 1-16 Rockets. Tonight’s game is the perfect spot bounce-back spot on the road against a struggling Kings squad. Sacramento has dropped three straight games at home and has failed to cover the spread in each of these games. Keep in mind, the Kings spoiled Portland’s home opener this year and handed the Trail Blazers their only home loss beating the Blazers 124-121. If there is one player who excels in revenge games, it is Damian Lillard. In his first matchup last night against the Nuggets since last year’s playoff disappointment, he managed 25 points on an efficient 9-for-13 from the field and 5-for-8 from deep.

The Kings announced the firing of their head coach Luke Walton on Sunday. Interim head coach Alvin Gentry came down with a loss in his first game against a Joel Embiid-less 76ers squad, getting outscored 25-12 in the fourth quarter. This is a team struggling to find their identity and having issues on the defense end of the floor allowing 110.6 points per game, 25th in the league. The Kings have also failed to score over 100 in three of their last four games.

Neither team has anything to celebrate when it comes to defense, but Portland’s offense will be too much for the Kings to keep up with. Portland is third in offensive rating and effective field goal percentage over their last five games. The Trail Blazers are 3-1 in their last four matchups, winning each of the three games be an average of 12 points. While Portland has struggled immensely on the road, the Kings are only 2-7 straight up and against the spread at home this year. This is a buy-low spot for Portland on the road. Expect the Trail Blazers to continue their winning streak and cover the spread in tonight’s matchup.