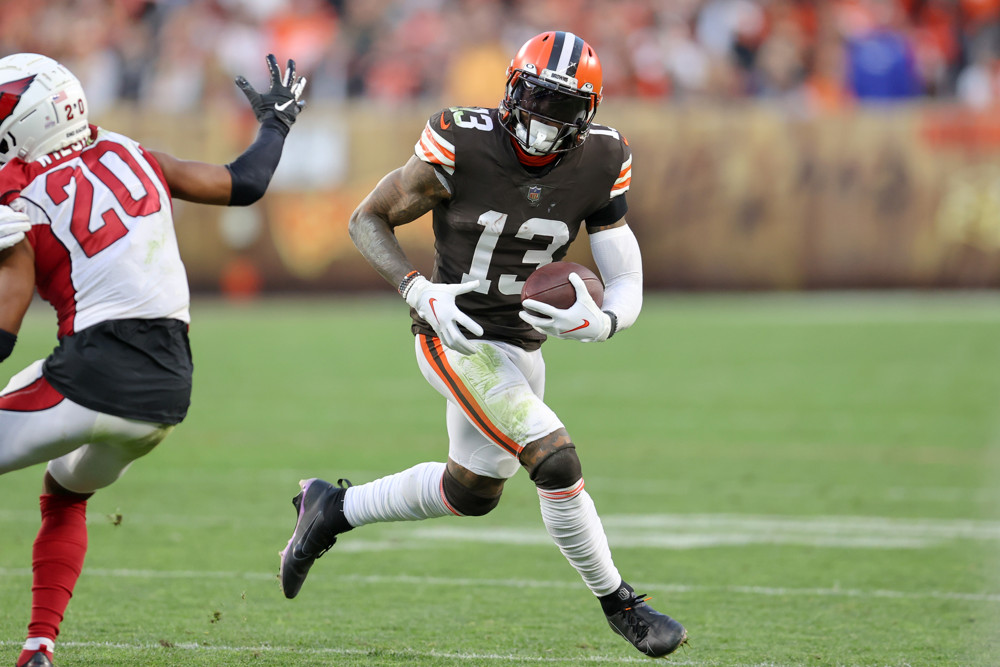 Tonight Odell Beckham Jr. and the Cleveland Browns will host Von Miller and the Denver Broncos. There are various places to go for both game and player props, and BetMGM Sportsbook is a great place to look for this Week 7 Thursday Night Football game. Here are some of the best NFL bets and picks to make tonight.

Awesemo’s Sports Betting Model is the place to look before placing any bets. The model compares the current point spread the sportsbook provides compared to what the expected point spread should be, and the same for point totals and moneylines. The model shows a spread of 3 points, and BetMGM has a spread of 2.5.

The model has an expected point total of 42.8 points, and the total at BetMGM is set to 41 points. When the line was 42.5 points, this was a bet to avoid. Since then, the total has moved down a full point and a half and now looks like a bet to fire off.

When looking for player props, Awesemo’s Player Props Tool is the place to see what players are projected to do compared to the odds offered at sportsbooks. D’Ernest Johnson is projected to rush for 68.45 yards, and this bet has a 62% chance of winning and a 17% expected ROI. Johnson is expected to start tonight and is also expected to share time in the backfield with Demetric Felton. Denver is No. 4 in run defense, allowing just 85.5 yards rushing per game. If Denver allows their average, it is reasonable to expect Johnson to have 70% of the rushing production.

The Player Props Tool projects Teddy Bridgewater to complete 21.07 passes, and this over has a 67% chance of winning and a 26% expected ROI. Bridgewater averages 23 completions per game and has had just two games under this total, including one from which he was removed at halftime due to a concussion. Bridgewater’s median completions are 25 since he has three games with 24 or fewer completions and three games with 25 or more. This is game is expected to be close, but Denver could be behind in the fourth quarter since they are underdogs. That means Denver will be passing late. The only thing that could derail this bet is an injury or Bridgewater getting benched. If he plays the whole game, he should hit the over.