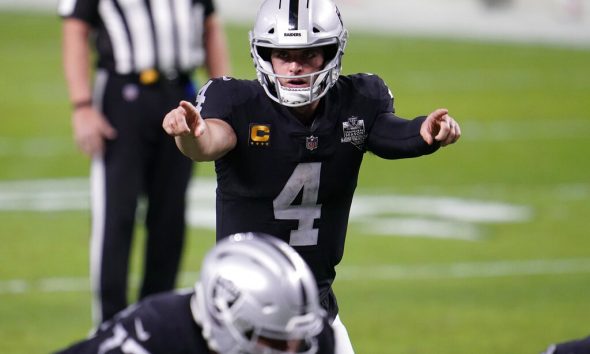 The final game of NFL Week 1 figures to be an exciting one from a betting picks perspective. On Monday Night Football tonight, the Las Vegas Raiders and a full Allegiant Stadium host the Baltimore Ravens. With fans packing this stadium for a regular season game for the very first time, the energy is going to be electric. Here are some of the best [main-page-link sport=”bnfl” link=”6″] for MNF on FanDuel Sportsbook.

The Ravens have begun to be overlooked a bit, following all of their injuries. While they lost talented players, the running back position is the easiest in the NFL to replace. So bettors can play the Ravens with full confidence. Along with being the better team top to bottom, they also have a track record of starting the season strong. The Ravens have outscored their last five Week 1 opponents by a combined 177-26. This is too large of a differential to ignore and bet against.

Derek Carr took care of the football last season, throwing just nine picks in 16 games. While they had a good defense, the Ravens did not force many interceptions. Their opponents averaged 0.6 interceptions per game last season, which was tied for the fifth fewest. With one of their best cornerbacks in Marcus Peters lost for the year, the Ravens may have a tough time intercepting Carr tonight.

Darren Waller gets to open the season in front of a home Las Vegas crowd for the first time, and it is on prime-time television. Last year he led all tight ends in red-zone targets, with 22, which was 33% of his team’s red-zone targets last season. Josh Jacobs is questionable to play, and he led the NFL in red-zone opportunities last season. If he misses the game, the play on Waller is even better, and BetMGM is providing good odds for it.

With the running back injuries, the Ravens may look to  pass a bit more. Baltimore has also featured a strong passing game in both of Lamar Jackson’s Week 1 starts, which have resulted in receiving totals of 147 and 101 for Marquise Brown. He found the end zone twice in his rookie debut. The Raiders secondary also does not strike much fear, making this bet all the more appealing.

Thanks for reading to the end of this article! If you appreciate this free content and want to see more of it every day, you can help us out by sharing this article on social media!

Check out the AwesemoOdds home page for more sports betting content, including more picks and predictions.
Share on TwitterShare on FacebookShare on EmailShare on SMS