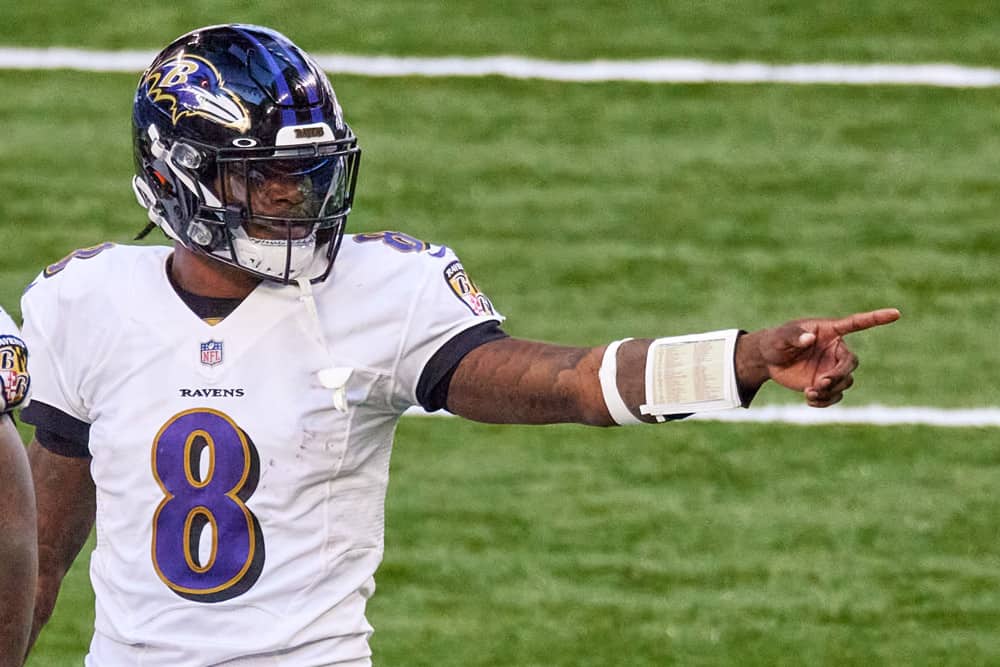 With the NFL season still a few months away, sportsbooks continue to flood the futures market with interesting potential NFL player props. Among these, the 2021 NFL MVP odds continue to receive attention as a fan favorite. Similar to win totals and playoff odds, sharp bettors can gain an edge early in the offseason before these lines hit efficiency towards the start of the season. With actionable trends in this market, isolating potential winning bets is important. This piece will examine the NFL MVP futures market, highlighting the best odds, picks and predictions for the 2021 MVP.

Before we get started, let’s examine what actually goes into an MVP-winning season.

Looking at this award over the past 20 seasons, quarterbacks dominate the MVP race. Since 2001 only three non-quarterbacks have taken down this award. All three were running backs, and two of these seasons occurred in 2005 and 2006. With the league embracing a pass-heavy approach in recent seasons, the last running back to win MVP was Adrian Peterson in 2012.

On top of the award generally going to quarterbacks, it also tends to go to quarterbacks on winning teams. In the last 20 years the lowest win total for an MVP-winning team was 10. This also happened to be Adrian Peterson’s MVP season in 2012. Outside of the 2012 season, the lowest number of wins required to win the award was 11 by Matt Ryan in 2016. Beyond that, every quarterback has finished with at least 12 wins to take down this award.

This creates an interesting proposition for many candidates heading into the 2021 season. Kyler Murray sits at +2000 and looks like an attractive bet at first glance. However, the Cardinals play in one of the toughest divisions in football and have a win total of just eight. Meanwhile, a player like Carson Wentz has +4000 NFL MVP odds and plays on a Colts team projected for 10 wins. While Wentz may not be the best example, MVP winners rarely come from losing teams.

Keeping that in mind. This piece will highlight a few safer bets for MVP, followed by a couple calculated longshots.

Outside of Patrick Mahomes and Aaron Rodgers, Josh Allen should be considered the chalk for this award. Taking a major step forward in 2020, Allen passed for 4,544 yards and 37 touchdowns with just 10 interceptions. More importantly, his completion percentage jumped from 58.8% to 69.2%, with his yards per attempt climbing to 7.9. As a rusher, Allen has notched at least 421 yards and eight touchdowns in each of his three seasons.

Already checking the production box, Allen also plays for a Bills team favored to win the AFC East. The Bills have an 11-win total and finished 13-3 a season ago. Buffalo also enters this season with the ninth-easiest schedule according to opponent win totals. Already returning all five starting offensive linemen, the Bills added Emmanuel Sanders as a complement to Stefon Diggs. After ranking third in points per game in 2020 (29.9), the Bills have the weaponry to make another deep playoff run in 2021.

With Allen’s favorable odds at +1300 on FanDuel, taking a stab at him for MVP is a solid bet.

Lamar Jackson won MVP in 2019 and looks capable of making his second run at the award this season. After throwing for 3,127 yards and rushing for another 1,206 in 2019, Jackson took a slight step back in 2020. He finished with just 2,757 yards passing and 1,005 yards on the ground, but Jackson still proved to be a difference maker on the field. From an efficiency standpoint, Jackson’s completion percentage and yards per attempt were solid at 64.4% and 7.3.

One of the larger differences was the Ravens’ record. Baltimore went from winning 14 games in 2019 to 11 in 2020. This year Baltimore already projects for 10.5 wins as the favorite to take down the AFC North. The Ravens also invested heavily in improving Jackson’s supporting cast. Baltimore signed Sammy Watkins in free agency and drafted Rashod Bateman with one of their first-round picks in 2021. Baltimore also returns three starting offensive linemen, with Alejandro Villanueva and Kevin Zeitler filling the gaps. With a strong defense on the other side of the ball, Baltimore should again push for a double-digit-win season.

Providing upside as a rusher and thrower, Jackson’s MVP chances increase with the team’s offensive additions. He is a worthwhile target at +1700.

Playing in the same division as Jackson, Baker Mayfield looks like a potential MVP-winning quarterback as well. He is now entering his fourth season and has played consistently throughout his career. While his best season actually came in his rookie year, Mayfield displayed solid efficiency in 2020. He completed 62.8% of his passes for 7.3 yards per attempt and finished with 3,563 yards passing and 26 touchdowns.

While Mayfield may not have the counting stats so far, a step forward is not out of the question. Cleveland has continued to improve around Mayfield. Last year the Browns jumped to 11 wins after finishing with six in 2019. This year they have a 10.5-win total and slightly longer playoff odds than Baltimore within the division. The Browns return Odell Beckham Jr. from a season-ending injury, and they also will bring back every starter on the offensive line.

While Mayfield hasn’t yet displayed that MVP-winning statistical performance, the Browns have the pieces in place for that potential step forward. At +3300, Mayfield provides a potential large payday as a longshot to win the MVP.

As for super longshots to win the award, Tua Tagovailoa fits the mold of a future MVP quarterback. Much like Jackson during his 2019 MVP run, Tagovailoa will be entering his second year in the NFL. In Year 1, Tagovailoa disappointed with just 181.4 yards passing per game and an 11-to-5 touchdown to interception ratio. However, Tagovailoa played immediately after Miami’s bye despite losing his entire offseason to injury. Even with little preparation, Miami still went 6-3 under Tagovailoa and finished with a 10-6 record.

Looking to 2021, Miami sits with a win total projected at nine games. Just behind Buffalo, Miami is the second-most likely team to make the playoffs from the AFC East. Similar to Buffalo, Miami also has a winnable schedule, projected to be 10th easiest according to opponent win totals. The Dolphins also added considerable weaponry around Tagovailoa, bringing in Will Fuller in free agency and Jaylen Waddle in the NFL Draft. Tagovailoa should flourish under new co-offensive coordinators Eric Studesville and George Godsey.

While many will look to Joe Burrow and Murray as breakout candidates, Tagovailoa checks more boxes as a potential MVP candidate in 2021. 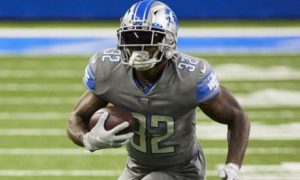