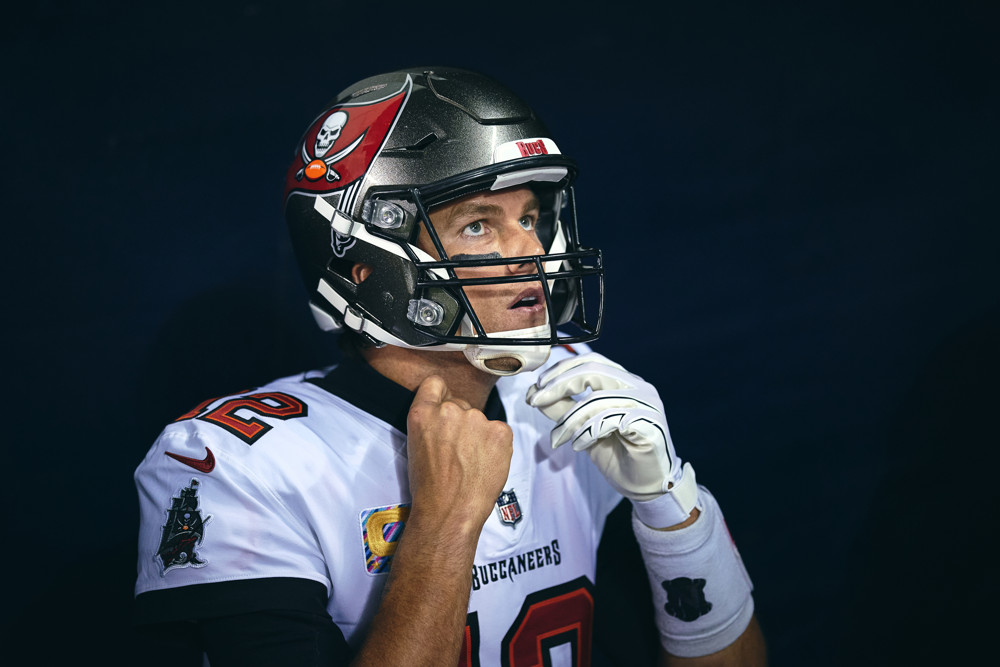 Tom Brady has been fantastic through five games, taking his Buccaneers and the MVP conversation to Thursday Night Football to square off with the Eagles. With the new Awesemo NFL Player Props Tool, bettors can now search player props by team and immediately pinpoint the best available odds at recognized sportsbooks. Let’s take a look at the tool’s projections and odds for Thursday Night Football to lock in the bets on Brady.

Brady is in the MVP discussion, yet the NFL Player Props Tool projects a lull in his touchdown production on Thursday Night Football. Brady is averaging three touchdowns per game, but the props tool gives a 60% expected win rate to the under. Brady is projected for 2.49 touchdowns against the Eagles, and the under has a 15% expected return on investment.

The Eagles defense ranks 10th in pass DVOA, averaging two touchdowns passing surrendered per game. Brady having just thrown five touchdowns against Miami does not necessarily lend confidence to the prop, while the Eagles have four interceptions on the season. Philadelphia’s defense has also registered 11 sacks and allows a 97.7 passer rating to opposing quarterbacks. With projections walking a tightrope between both sides of this prop, the edge goes to the props tool on a line just a hair too high.

Brady leads the league in completions this season, and the props tool insinuates the trend may continue on Thursday Night Football. Brady is averaging 29.8 completions per game, and the NFL Player Props Tool gives the over a 50% expected win rate. With Brady projected for 27.9 completions against the Eagles, the over carries a 3% return on investment for a closely contested line. Philadelphia’s defense has surrendered the seventh-highest completion rate, allowing 69%, while Brady has a 66.2% completion rate and 108.5 quarterback rating. Take the plus-money odds on Brady’s completions before the line moves.

With Brady averaging 353.4 yards per game, the props tool gives the over on 300.5 yards a 51% expected win rate. Brady is projected for 322 yards against the Eagles, yet the over carries a -4% return on investment. Philadelphia is allowing the third-fewest yards, with just 194.8 surrendered per game and one of three teams having allowed under 1,000 yards through five games. Although the props tool projects a slight edge to the over, the constraint on the ROI may outweigh any remaining value for some bettors. With the best current odds featured at FanDuel, take the -113 on the over.