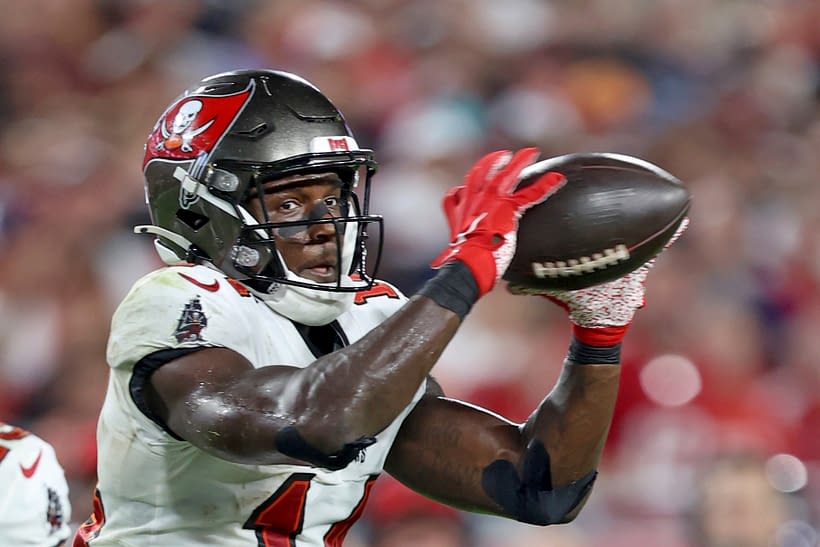 The New York Giants are in Tampa Bay tonight to play the Buccaneers for Monday Night Football, which is a perfect opportunity to use OddsShopper to build some NFL Parlay Picks. Using this fantastic site can help place smart wagers in an easy-to-use fashion and maximize the ROI on the wagers. It is truly betting made simple since you can find the best bet in 30 seconds or less.

The first step is finding which sport you are going to wager on so the banner at the top of the screen has the sports separated. Once you are on the NFL page, it is super simple to customize what you are looking for as far as teams and players on the left-hand side of the page. Generally, the best approach is a mix of the highest ROI and expected win rate, and this whole process should take under 30 seconds to filter what you are looking for. The highlighted wagers in the article can also be bet individually, so if the parlay misses by one leg, it is not a total loss. Let’s find out what the best-projected bets are for Monday Night Football and build some NFL parlay picks.

Tom Brady Over 294.5 Yards Passing and Over 26.5 Completions

There is an opportunity to double up on bets for Brady’s production, as both wagers have an expected win rate over 60% according to OddsShopper. Brady is averaging a mammoth 318.9 yards per game and is second in the league in pass attempts. His completion rate on the season is 67.4%, and he is in line to get Rob Gronkowski back in the lineup as well. Brady is 10th in yards per pass attempt, and the Giants do not appear to be fit to give much resistance. They are 25th in completion rate allowed to their opponents (67.9%) and are 18th in yards passing allowed per game. It should be noted that they rank 11th in DVOA against the pass, but with the majority of his skill players in the lineup, Brady should be too much to slow down.

Receiver Sterling Shepard is still out for the Giants, and that means Toney should slide into the slot receiver role tonight. Toney has played 39.6% of his snaps in the slot, but his playing time has overlapped with the rest of the receiving corps struggling with injuries. Darius Slayton only has an 8.5% rate in the slot, and Kenny Golladay is at 8.6%, so it is clear where Toney is set to line up. Tampa has played cornerback Ross Cockrell in the slot 89.7% when he has been on the field, and he has allowed a 65.6% catch rate and 11 yards per reception. The game script has the Giants as heavy underdogs at +10.5, so it is easy to see why OddsShopper has this wager at an expected win rate of 76%.

The win rate is 56% on this wager, with a projection of 77.8 yards for Godwin. Logically, if Brady has a big day passing, that has to mean his receivers are producing as well. Godwin is second among receivers in routes run, 11th in yards receiving, third in yards after the catch and sixth in receptions. He lines up the slot at the fifth-highest rate (52.7%), and that leads to easier completions from Brady. It also leaves Godwin on lesser cornerbacks for the most part, as he should see Darnay Holmes line up across from him most of the time. Holmes does not play a lot of snaps for the Giants, but when he does he is stationed in the slot and has allowed 15.3 yards per reception.