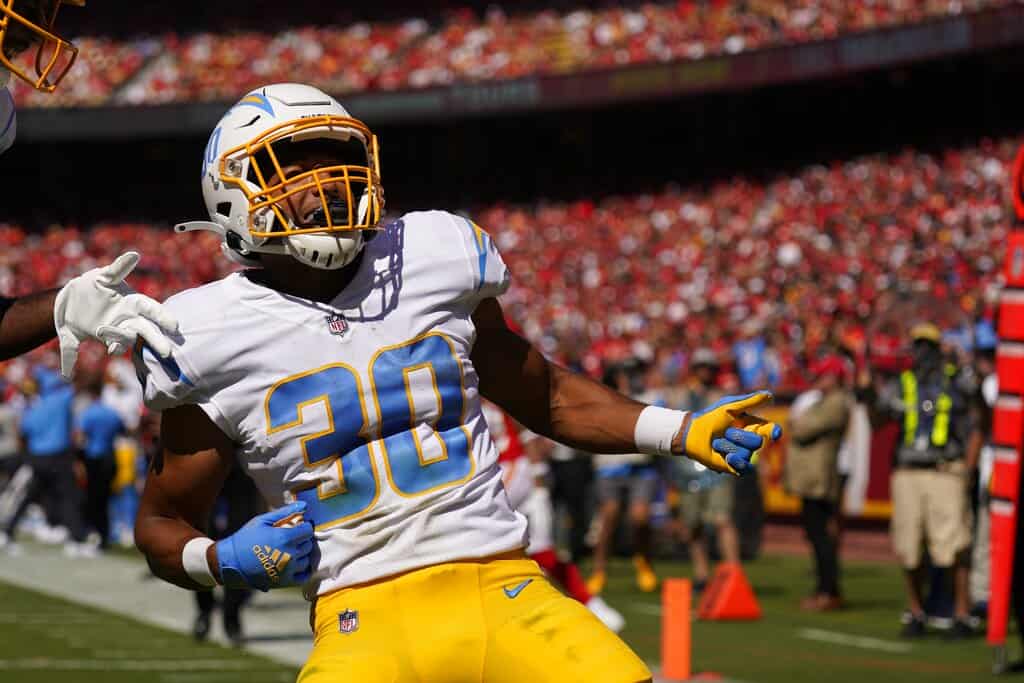 The Pittsburgh Steelers are in Los Angeles tonight to play the Chargers for Sunday Night Football, which is a perfect opportunity to use OddsShopper to build some NFL Parlay Picks. Using this fantastic site can help place smart wagers in an easy-to-use fashion and maximize the ROI on the wagers. It is truly betting made simple since you can find the best bet in 30 seconds or less.

The first step is finding which sport you are going to wager on so the banner at the top of the screen has the sports separated. Once you are on the NFL page, it is super simple to customize what you are looking for as far as teams and players on the left-hand side of the page. Generally, the best approach is a mix of the highest ROI and expected win rate, and this whole process should take under 30 seconds to filter what you are looking for. Let’s find out what the best-projected bets are for Sunday Night Football and build some NFL Parlay Picks.

The Steelers are without two key starters on defense in cornerback Joe Haden and linebacker T.J. Watt, which boosts the Chargers offense. Awesemo projections have Mike Williams at 69.2 yards receiving so even if the line moves up a couple of yards, there is still reason to bet this prop. Williams has not produced a lot in the past four games in some tougher matchups but the injuries for Pittsburgh are game-changing. Williams is still 23rd in yards per reception, 18th in yards receiving, and 20th in deep targets. With Haden missing, the individual matchup for Williams is rookie cornerback Tre Norwood, who is giving up roughly four inches in height and over 20 pounds. Justin Herbert should be looking to exploit this matchup early and often. Chase Claypool is back in the lineup this week and the Steelers have had three games with Claypool playing and JuJu Smith-Schuster on injured reserve. In those games, Washington only had a snap rate of 37.6% while Ray-Ray McCloud was at 40.3%. Washington also saw just five targets across three games for 55 yards receiving. He has not been a part of the offense when Claypool has been active so the expected win rate of 64% makes sense.

Another prop that is projected for a win rate over 60% and has a big difference between the sportsbook and Awesemo projections, Austin Ekeler‘s rushing prop looks very appealing. Pittsburgh has slipped to 17th in DVOA against the run and they are 28th in yards allowed per carry at 4.6 yards. The Chargers are six-point favorites in this game and Ekeler is 19th in carries on the season. Ekeler is also ninth in evaded tackles and 18th in yards per carry which could be why Awesemo projects Ekeler for over 70 yards rushing tonight.