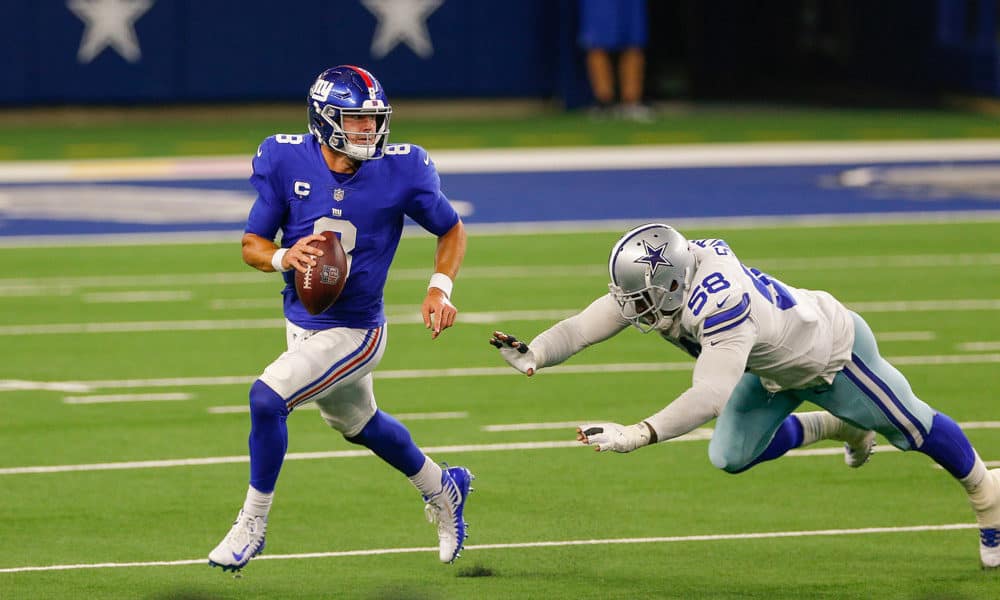 The Tampa Bay Buccaneers have seen their share of struggles of late as they head back to Raymond James to host to the New York Giants on Monday Night Football. The Awesemo team has launched the NFL Player Props Tool, covering each of the major prop categories for each week throughout 2021. We will analyze all the odds at various sportsbooks to identify the best Week 11 NFL player props available based on the tool’s projected values and odds of success. Below are three of the best bets for tonight’s Giants vs. Buccaneers Monday Night Football matchup.

With the latest groundbreaking features in sports betting featured in the OddsShopper tool, finding your best bets has never been as easy as it is now. With the ability to simply filter, sort and bet, you can now land the best bets and odds in 30 seconds or less. You can even create a Prop Party Parlay with a mix of your own favorite props of the day.

Although Kadarius Toney has seen reduced targets in recent weeks the NFL Player Props Tool believes he will exceed his prop. Toney is averaging 44 yards on 3.5 catches per game, and the over has a 77% expected win rate. Toney is projected for 66.6 yards of 5.18 catches against the Buccaneers, giving the over a 45% return on investment. The Buccaneers rank 12th in pass DVOA, allow 163.11 yards per game to opposing wide receivers, and rank 11th in PFF coverage grade. At moderately low house juice, grab the over on Toney.

Mike Evans is averaging 4.6 catches on 7.33 targets per game, and the Props Tool gives the under on 5.5 receptions a 70% expected win rate despite Evans producing with some of Tampa’s receivers out. He is projected for 4.53 catches of 7.21 targets, and the under has a 19% expected return on investment. The Giants rank 11th in pass DVOA and surrender 13.77 catches per game to opposing receivers. With Rob Gronkowski returning to the mix, take the under on Evans’ receptions.

Jones has been working with a patchwork offense, but the Props Tool forecasts he will be throwing enough to topple his prop. Jones is projected for 260 yards tonight, leading to the over getting a 64% expected win rate and 20% return on investment. The Buccaneers are allowing 268.88 yards to opposing quarterbacks and rank 29th in PFF pass rush grade. In a game where the Giants will likely have to throw to have a realistic chance at winning, the over on Jones’ low yardage total looks like a strong bet.