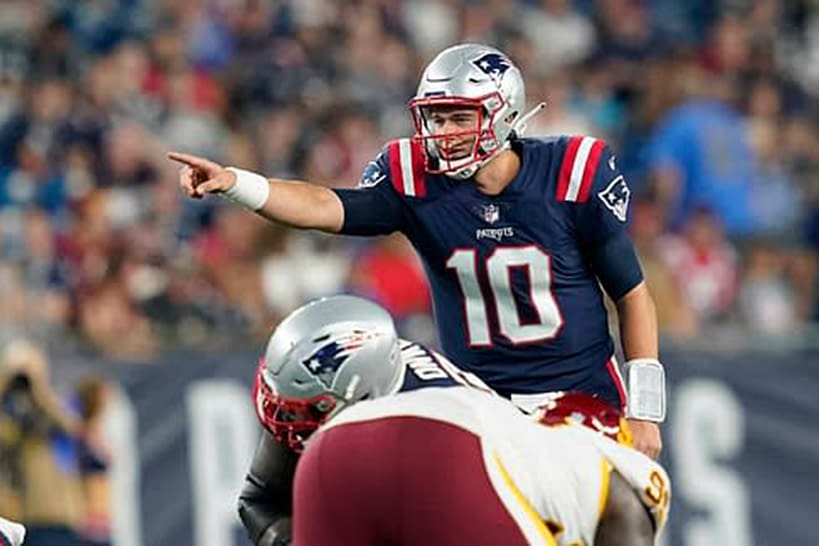 Two strange teams face off on Thursday Night Football, with the New England Patriots traveling to take on the Atlanta Falcons. Both teams are headed in very different directions as of late, and some strange things have happened in prime-time games this season. The following Patriots vs. Falcons preview will provide the current odds, betting trends, and best NFL bets for the Week 11 Thursday Night Football matchup.

While Ja’Marr Chase has had a few big games, Mac Jones should be considered the favorite for Rookie of the Year, especially after his performance last week. He completed over 80% of his passes for 198 yards and three touchdowns. Jones is looking like the perfect fit for this Patriots team. He also gets the luxury of playing with a strong running game and opposite a talented defense. Make no mistake; the Patriots are a solid team once again.

The Falcons, however, should be viewed as overachievers to this point, and reality seems to be catching up to them quickly. The defense lacks talent, the offense has injuries and absences, and Matt Ryan is not good enough anymore to clear multiple hurdles. After being an unexpected spark to a lackluster offensive group, Cordarrelle Patterson is not expected to play tonight, which is a massive hit to their offense.

Using Awesemo’s OddsShopper tool, we can easily compare the NFL odds for Patriots vs. Falcons betting across the major sportsbooks. Make sure to check out the OddsShopper tool yourself to get the most up-to-date odds.

We are using the new Awesemo NFL Betting Model to figure out what the best bet for Thursday Night Football is tonight. According to the model, betting the Patriots -6.5 is the best bet to place, giving it a 5.1% ROI. As stated above, these team are headed in very different directions. The Falcons defense is also prone to letting teams pass all over them. They may take away deep shots, but they will let patient teams drive the field, which is what Jones and the Patriots are. The model is projecting the Patriots to win by 8.3 points tonight, and the Patriots should win by more than one score.