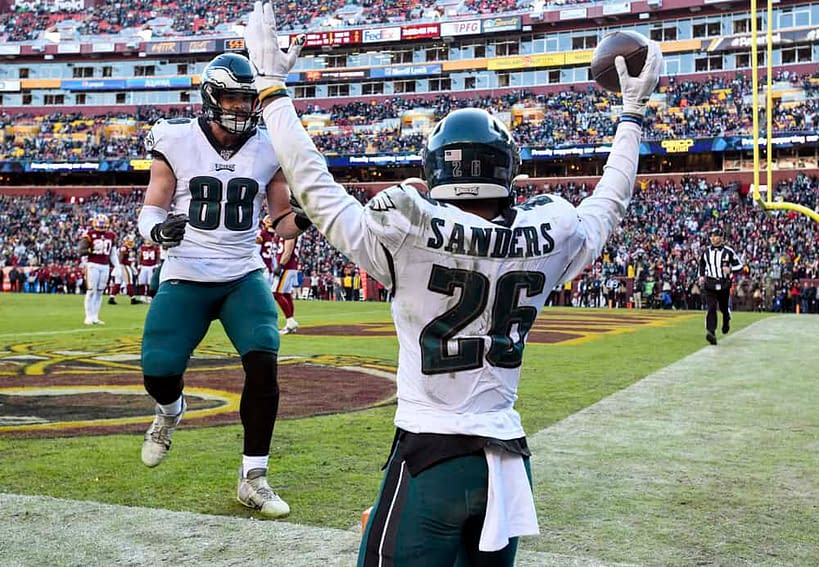 Another exciting week of NFL football kicks off tonight, with the Tampa Bay Buccaneers facing off against the Philadelphia Eagles. While the Buccaneers are the clear NFL betting favorite, there are plenty of other options to bet on tonight. Let’s take a look at the best Buccaneers vs. Eagles bets for the Week 6 Thursday Night Football game, using the Awesemo OddsShopper.

As shown by the GIF, sorting the player props for this game by the expected win percentage brings this prop to the very top. This tool gives the over on this Miles Sanders rushing prop an 81% chance to hit, with an expected ROI of 54%.

Maybe this is not the best way to think about this prop, the Eagles typically will do whatever defies logic. Considering the Buccaneers have allowed a league-best 2.9 yards per carry, Sanders could carry the ball a bit more tonight. Sanders has double-digit carries in three of his five games. He is also running well, averaging 4.5 yards per carry. It is possible the Buccaneers will over-commit to stopping the pass since the Eagles have been reluctant to run the ball. Obviously, that would create the opportunity we need for this over to hit.

Leonard Fournette has solidified himself as the lead back for Tampa Bay this season. He has also continued to be involved in the receiving game, catching at least three passes every game. Still, he has gone under this receiving prop in three of his five games. The matchup tonight could also give him a bit of trouble in this area.

The Eagles have been stingy in regards to receiving production to running backs. They have allowed an average of 38.8 yards receiving to the position per game this season. This ranks towards the middle of the pack. With Giovani Bernard getting his receiving production in as well, Fournette may not be needed much in the receiving game tonight. For these reasons, the under on this Fournette prop has a 67% chance to hit, according to the OddsShopper Tool.

O.J. Howard has not been a major part of the game plan. However, his snaps have gone with up with Rob Gronkowski out. Howard has played 65% and 59% of the snaps these past two weeks. He is also coming off a game in which he saw three targets, catching two for 19 yards. Over the course of Howard’s career, he has averaged 15.2 yards per reception, with no single season below 12.8 yards per reception, which is this season. In other words, Howard may only need one catch to hit the over. The OddsShopper Tool gives this over a 70% chance to hit.