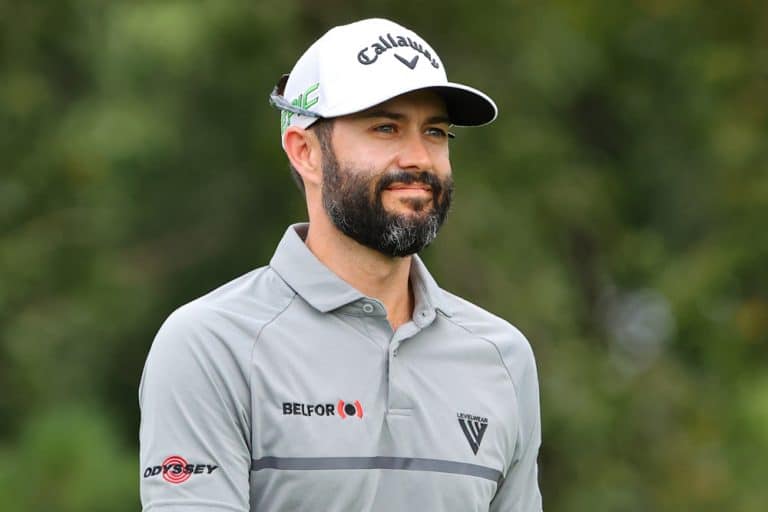 Following Hideki Matsuyama’s win at the ZOZO Championship in Japan, the PGA Tour travels to Port Royal Golf Club (par 71, 6,828 yards, Bermuda greens) in Southampton, Bermuda, for the Bermuda Championship. Since its inception in 2019, this tournament has only been held at Port Royal. Brian Gay won at 15 under last season, and Brendon Todd took home the top prize at inaugural Bermuda Championship two years ago at 23 under. This is a limited field of 130 players, and there will be a standard top 65 and ties cutline following the first two rounds. Every week I use Alex Baker’s Unofficial World Golf Rankings to identify mispriced options in both the PGA DFS and golf betting market. Below are three expert PGA picks this week and Vegas betting odds for the Bermuda Championship.

Coming over from the Korn Ferry Tour this fall, Buckley has already made some serious noise at the PGA level. In his last two starts, he has finished fourth at the Sanderson Farms Championship and eighth at the Shriners Open. Buckley struck the ball extremely well during both these high finishes, producing 6.3 strokes tee to green across the two starts. Furthermore, both events were held at venues with Bermuda greens, and Buckley gained an average of 3.7 strokes with his flat stick during this run. His first career win on the Korn Ferry Tour also came on Bermuda, back in February at the LECOM Suncoast Classic. He clearly has a knack for this type of putting surface, and if Buckley can continue to strike the ball at a high level, he should contend for his first PGA title this weekend.

McCarthy is another Bermuda specialist that needs to be considered this week. After posting a 15th-place finish at the inaugural Bermuda Championship, he finished fourth at last year’s edition of the tournament. Additionally, no player has gained more total strokes than McCarthy over the last 100 rounds on Bermuda greens. He is coming off a missed weekend at the Shriners Open, but McCarthy only missed the cut by one stroke that week and still gained positive strokes from tee to green and on approach. Prior to this, McCarthy had finished inside the top-20 twice in his previous four starts, and he ranks 91st in Awesemo’s Unofficial World Golf Rankings, which is 149 spots higher than his standard ranking.

Hadwin is coming off one of his best showings in quite some time, finishing sixth at the Shriners Open while gaining 6.5 strokes from tee to green and 5.7 strokes on approach in the process. In both metrics, this is the most strokes Hadwin has produced in over two years, and this also marked his third top-10 finish in his past six starts.

As for Reed, his form has been far less encouraging. He has lost over five strokes from tee to green in three straight starts. Two of these were tournaments that did not include a cut, and Reed nearly finished in last place at both events. He missed the cut at the Shriners Open and was three shots off the worst overall score following the first two rounds. Neither Reed nor Hadwin have competed at Port Royal before, so there is no course history advantage for either player. This matchup is purely based off current form, making Hadwin an easy choice at these odds.