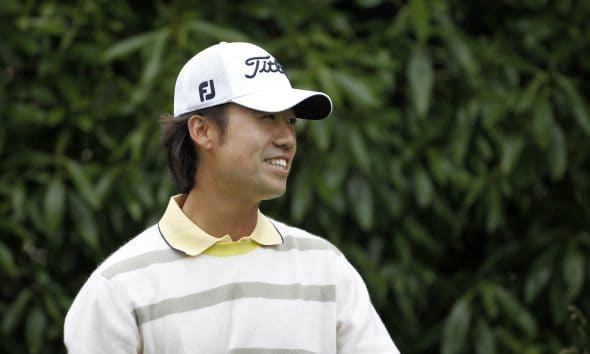 After only one week off, the PGA Tour returns this week and kicks off the 2021-22 season with the Fortinet Championship, formerly known as the Safeway Open. Since 2014, the North Course of Silverado Country Club (par 72, 7,166 yards, bentgrass greens) in Napa, Calif., has been the home of this tournament. Following back-to-back no cut events to close out the 2021 PGA season, there will be a normal top 65/ties cutline following the second round at the Fortinet Championship. Every week I use Alex Baker’s Unofficial World Golf Rankings to identify mispriced options in both the PGA DFS and golf betting market. Below are three expert PGA picks this week and Vegas betting odds for the Tour Championship.

Na is coming off a tremendous showing at the Tour Championship. Due to his position in the FedEx Cup standings, he started the week eight shots behind leader Patrick Cantlay, but Na did not let this stop him from contending. He impressively shot -14 for the week, which tied Jon Rahm for the lowest 72-hole score of the playoff finale, resulting in a solo-third finish for Na. This marked a new career best for him in eight starts at East Lake, and for the event, Na ranked fourth in strokes gained tee to green, second in strokes gained on approach and first in bogey avoidance. He has finished inside the top 10 four times in his past six starts and certainly could turn that stellar form into a win at the Fortinet Championship. Na has a pair of top-10s in four appearances at Silverado, including a runner-up playoff loss to Emiliano Grillo in 2016. All things considered, these odds are far too long for Na in this weak field.

Varner closed out the 2021 season in compelling form and currently ranks 50th in Awesemo’s Unofficial World Golf Rankings, which is 30 spots higher than his standard world ranking. He has finished in the top 15 in five of his past six starts and ranks seventh in strokes gained approach, fifth in bogey avoidance and 14th in strokes gained on par 4’s that are between 400 and 450 yards across his last 24 rounds, which is a very important skill for this week. Six of the 10 par 4’s at Silverado land in this range, and three of the past five winners in Napa have ranked in the top six in strokes gained on these holes during their victories. Varner has played well at Silverado in the past, with three top-20 finishes in six attempts, and this is a good spot for him to break through and capture the first PGA title of his career.

Swafford had a late-season resurgence this summer, finishing 37th, 11th and 17th in his final three starts of the year. The latter two events were in world-class fields for the playoffs, and over his last 12 rounds Swafford’s ball striking has been outstanding; he ranked third in strokes gained approach, seventh in strokes gained tee to green and first in greens in regulation. The terrific iron play bodes extremely well for him at Silverado, where five of the seven golfers to claim a win have finished the event in the top 10 in strokes gained on approach. Most notably with an eighth place finish in 2014, Swafford is a perfect 5/5 in made cuts at this track, and a top-10 finish is absolutely possible for him in this weak field. 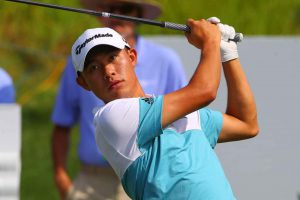