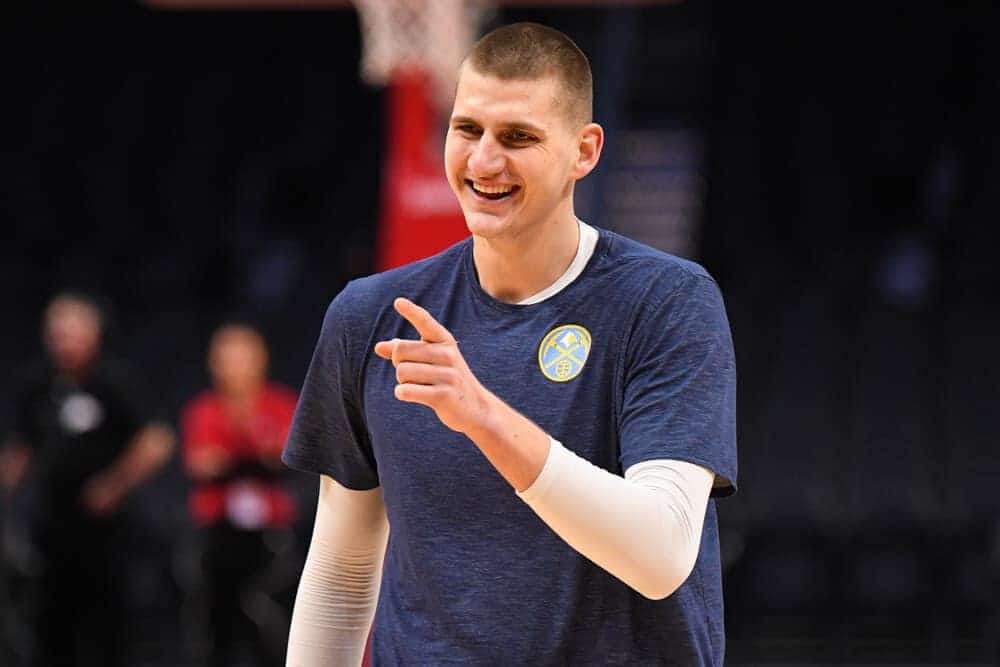 With the 2022-23 NBA season still months away, bettors fiending for basketball action can get some relief by turning to international markets. Last week’s FIBA World Cup European Qualifiers will give way to EuroBasket 2022 this week, with action starting as early as Thursday morning. Even though the tournament is just a day away, value abounds on the EuroBasket 2022 futures markets, and a few betting picks could net nice returns.

It feels a bit lame to back the favorites, but Serbia deserves a shorter number than +380. The Serbian men's national team made it to the finals of EuroBasket 2017 without Jokic, where they lost to a then-teenaged Doncic and Slovenia.

This year's bracket means that Serbia should avoid a rematch with Slovenia until at least the semifinals -- assuming Serbia wins Group D, which it is a -300 favorite to do. The Group D winner should it make it to the semifinals and will face the Group B winner. The odds are split on whether that will be Slovenia or France. Then, the Group D winner would face the best remaining team in the tournament in the finals. This would likely come from a pool of the Group C winner, likely Greece; the Group D runner-up, either France or Slovenia; and the Group A winner, likely Spain or Turkey.

Serbia should be favored against all those teams. Jokic's versatile skillset is a rarity in EuroBasket competition, and it will serve him well. There are no three-second violations in FIBA basketball, which means opposing teams often leave inflexible big men in the paint. That allows bigs like Jokic to roast their competition with longer-distance looks.

Furthermore, Serbia looked better than its competition at the FIBA World Cup qualifiers, which were just last week. The team beat a Giannis-led Greece by 6 and a young, talented Turkey by 5. Jokic led the team in scoring both times, but the team also boasted enough depth to keep him well-rested.

Germany is a strong value bet after the team's underperformance in Tokyo. However, the absence of star guard Dennis Schroder accounted for their struggles. He now returns for EuroBasket 2022, and he'll get to play alongside Franz Wagner. The NBA duo combined for 28 points in Germany's 27-point win over Sweden and for 33 in Germany's upset 29-point win over Slovenia.

Unfortunately, the Germans got a tough draw and find themselves in a stacked Group B. France and Slovenia will likely control the group's top two spots, although Germany has already shown that they can beat Slovenia. Lithuania, another team loaded with NBA talent, presents tough competition for the third spot. But Germany should at least score a bid to the knockout stage over the final two countries, Hungary and Bosnia-Herzegovina.

Assuming the Germans place third or fourth, they'll face either the first- or second-place team from Group A. With Turkey and Spain favored to earn those spots, Germany will have an opening to score a bid to the quarterfinals. Turkey is a young team that sits five spots below Germany in the FIBA World Rankings. Spain is a once-great team that now must play without injured guard Ricky Rubio and retired brothers Marc Gasol and Pau Gasol.

Your first college football bet is on Caesars up to $1,250

The Spanish men's national team isn't what it once was. With both Gasol brothers retiring, Willy Hernangomez and Juancho Hernangomez now lead the team. Rubio is still working his way back from a torn ACL too, depriving Spain of the leading scorer from the 2020 Tokyo Olympics. But even with Rubio on the team, Spain only made it to the quarterfinals, where they were dispatched by the United States. Spain could've avoided the tough opening-round matchup had they not also lost to Slovenia in group play.

In contrast, the Turkish men's national team is on the rise. Turkey's coach, Ergin Ataman, is a two-time EuroLeague Champion and won Coach of the Year in 2021. He'll get to work with a talent full of solid NBA players, including Alperen Sengun, Furkan Korkmaz and Cedi Osman.

This bet provides the same odds as backing Turkey to make the quarterfinals, but there is the luxury of a push should Spain also falter in the Round of 16. Furthermore, this bet provides slightly more value than the +110 available for Turkey to beat Spain in Group A, especially because Turkey could lose Group A to Spain and still either cash or push this bet. Bettors will still need an upset win by Turkey in the Round of 16 to profit, but there is value here relative to the other available markets.

Bet $5, Get $150 in any NFL game regardless if your bet wins or loses
Share on TwitterShare on FacebookShare on EmailShare on SMS