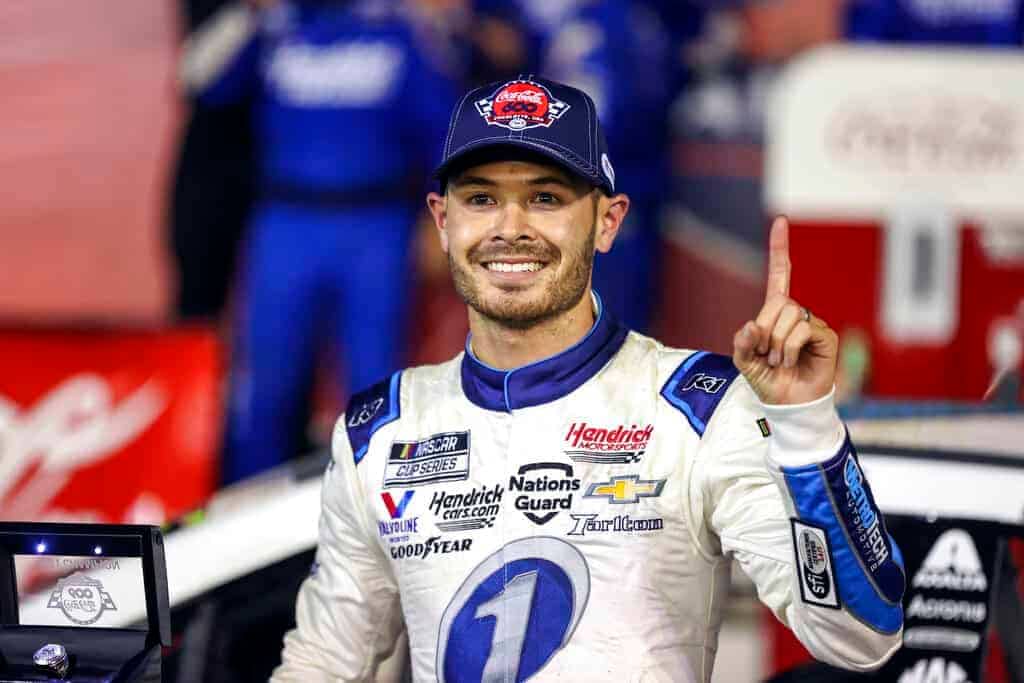 Ross Chastain entered the NASCAR Cup Series history books with a video-game move at Martinsville. He’ll get the chance to race against Christopher Bell, Chase Elliott and Joey Logano for a championship. Knowing that one of the Championship 4 drivers will likely win at Phoenix — a non-playoff driver has yet to win the season-ending race in the current playoff format — books have set their NASCAR Cup Series Championship race odds accordingly. Bettors looking for a positive return should tail these picks and predictions for the championship race.

With the books stacking the juice on the Championship 4, the betting markets for Sunday's NASCAR Cup Series finale don't have much value. Bettors should limit their cards to whatever championship futures they may have placed earlier in the year, this outright and two matchup bets.

The books know to stack the juice on the Championship 4, but they disagree about how to price Larson. He ranges in price from a meager 10-1 at Caesars to a solid 15-1 at DraftKings. Although betting on an outcome that has never happened before at such short odds isn't great, it's a much higher-value bet than backing any of the Championship 4 to win at 4-1 or less. Getting Larson at -125 to beat Hamlin, a driver with much less at stake, is another sharp play.

The head-to-head markets for the Championship 4 offer a bit more value than the stacked outright markets. Backing Bell, who has shown impressive speed on short, flat tracks like Phoenix all season, feels sharp. Bell has beaten Elliott the last three times the two drivers have squared off on similar tracks.

Using the spring Phoenix race, Martinsville, New Hampshire and Richmond as comparators reveal that Bell should probably be favored over Elliott in this spot. He just won at Martinsville last weekend and had run up front a day in the spring before a pass-through penalty sent him backward. Bell finished second at Richmond in August and sixth there in April. He also won at New Hampshire. In contrast, Elliott didn't win a single event at these tracks and finished behind Bell in four of the five events. Bell's average finish in those events (six) is unsurprisingly better than Elliott's (8.2).

That said, it's worth noting that this number might move in after qualifying. Bell routinely had to start from back in the field at these tracks. His average starting position of 12.4 sits well behind Elliott's 8.6. But with Bell ranked third among full-time drivers in average starting position at all tracks (9.9) and Elliott ranked sixth (10.8), bettors should hope for regression and place their wagers on Bell now in case this number moves out of the plus money.