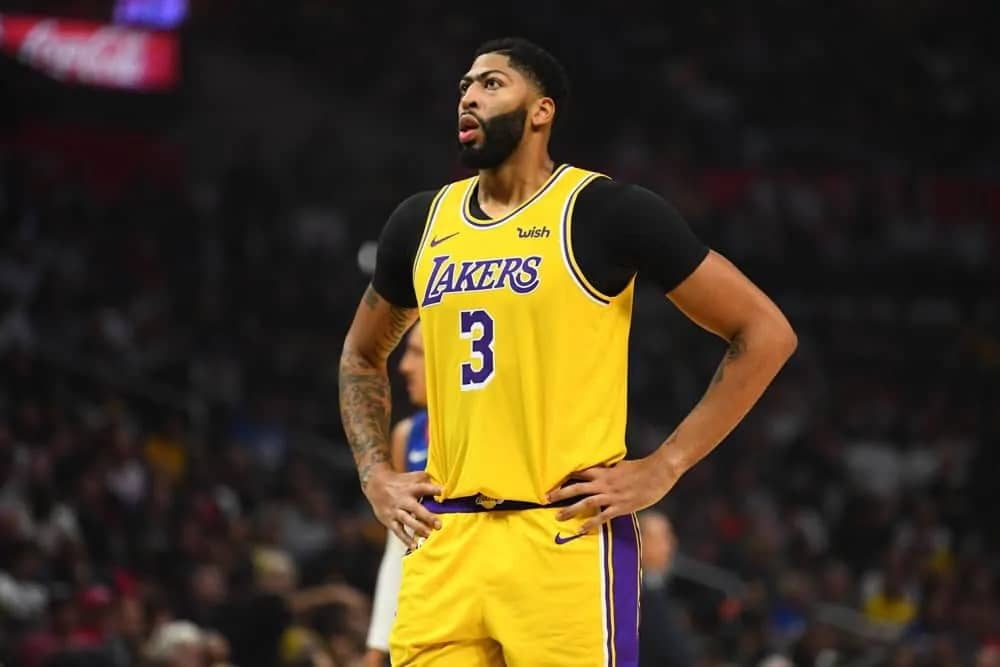 Anthony Davis, who has not suited up for the Los Angeles Lakers since December 16th is expected to be in the lineup tonight against the San Antonio Spurs. According to a tweet by ESPN’s Dave McMenamin, Davis is set to return “barring any setback during his pregame warmup.” He is expected to play between 20-24 minutes, per the full report. NBA bettors looking to find value on the Lakers-Spurs spread and total should weigh this news heavily. Bettors can look to NBA prop betting markets to find value on the Lakers’ rotational players as the team’s minutes and usage change to account for Davis’s return.

The Lakers and Spurs play at 10:30 p.m. ET. NBA DFS players will have to monitor the situation closely since official word on Davis’s status will likely come after the slate locks. NBA bettors can search Oddshopper.com for expert analysis on this and other situations around the league tonight, and check the OddsShopper tools for the sharpest NBA lines and odds. The NBA news cycle changes rapidly, but users that take advantage of a full OddsShopper subscription will be ready to jump on any value that opens up throughout the day.

Anthony Davis has not played in a month and half, making it difficult to predict how his re-insertion into the Lakers’ lineup will impact their rotation. The change in the lineup is further impacted by the Lakers’ acquisition of Rui Hachimura from the Washington Wizards in exchange for Kendrick Nunn. It is unclear if Hachimura will be available for tonight’s game. If available, his exact position and role on the team is not immediately clear.

Davis’s posted elite numbers when healthy this season. The PF averaged 30.3 points per game, 10.4 rebounds and 2.7 assists before suffering a stress fracture in his foot. Davis individual defensive impact shows up in his rate of 1.6 blocks, 0.9 steals and just 2.0 personal fouls per game.

The Lakers weathered the storm in his absence, going 10-10, but have not been able to make a serious run toward contention in the Western Conference.

The team has predominantly turned to Thomas Bryant in the paint, with middling results. Bryant is now expected to take a bench role to make room for Davis. It remains to be seen ho many minutes Bryant will get, in addition to the Lakers’ compliment of backup forwards, including Wenyen Gabriel and Juan Tosacano-Anderson. Their minutes and playing time will also depend on when and how the Lakers utilize Hachimura.

Nevertheless, all of these players’ NBA prop betting markets might have significant value, despite their volatility.

Anthony Davis is only expected to get 20-24 minutes so his presence in the lineup won’t make him worth rostering in DFS. Although Davis is a strong bet to put up a high per-minute fantasy point rate, his salary of $10,800 on DraftKings and $10,700 on FanDuel are too prohibitive. The Stokastic Projections have put Davis at 36.0 and 36.3 fantasy points on DraftKings and FanDuel, respectively.

NBA DFS players should be mindful of how his minutes, and potentially Hachimura’s affect the rest of the roster. Likewise, the absence of Kendrick Nunn may be beneficial to other Lakers’ guards.

If Hachimura plays he looks like the strongest value on the team, with a projection of 20.88 fantasy points on DraftKings at a $4,300 salary.

Outside of the DFS implications, bettors also have to monitor the situation closely. The line currently stands at -7.0 on Pinnacle. That line assumes that Davis will be in, but there is a foreseeable chance that Davis does in fact get ruled out during pregame warmups. If that happens, NBA bettors should be prepared to jump on the Spurs at +7,0, as the line is likely to move slightly in their favor if Davis’ in that scenario.

If you are hoping to get in on any late line movement in the Spurs-Lakers matchup or simply want to bet the NBA, new DraftKings users can earn $200 in bonus bets with a $5 wager. Bettors in Ohio can score the same deal but via this link instead!