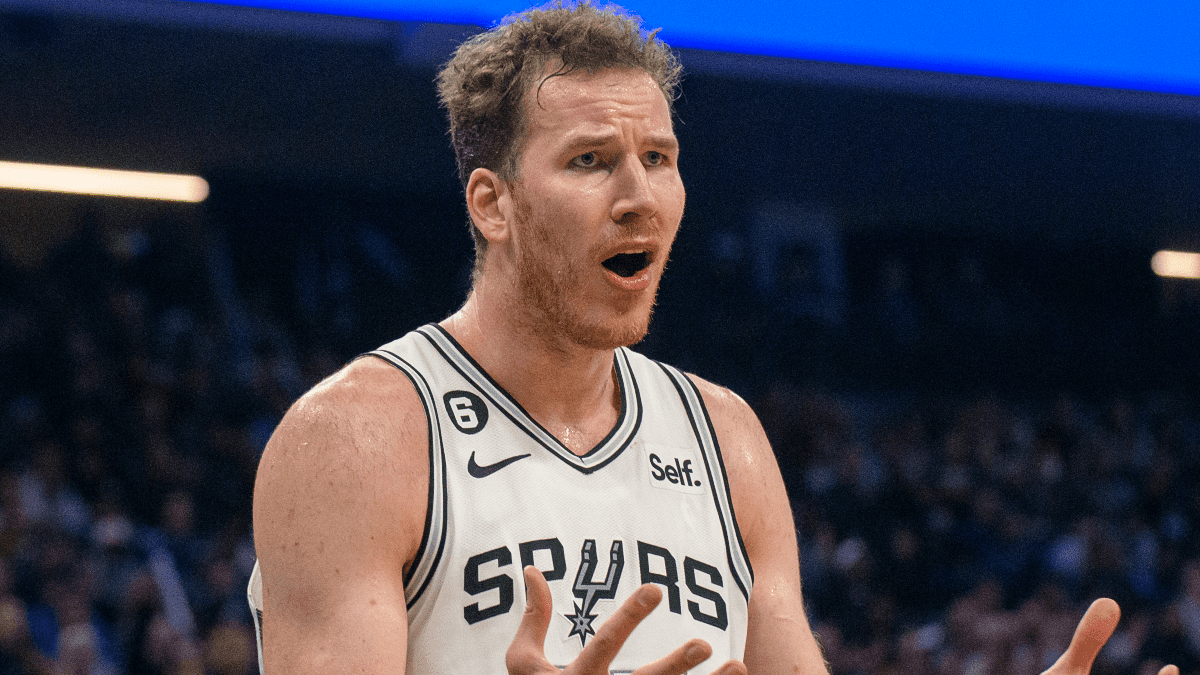 The San Antonio Spurs will face the Los Angeles Lakers tonight. The Lakers, fresh off a big loss to the Los Angeles Clippers, sit at a lowly 13th in the Western Conference. The Spurs, who rank 14th but are 7.5 games behind the Lakers, present a solid get-right spot — but they won’t go down without a fight. Bettors looking to score some value on Wednesday’s late game should tail this Lakers-Spurs NBA player prop at DraftKings — the book has left too much value on the Jakob Poeltl player prop markets. Check out OddsShopper’s tools for other sharp plays.

The San Antonio Spurs have put their starting center, Jakob Poeltl, on the trade block. The team has reportedly demanded at least two first-round picks. Poeltl, the ninth overall pick in the 2016 NBA Draft, is averaging 12.3 points, 9.2 rebounds and 2.9 assists per game this year. Nothing suggests the Spurs intend to scale back his usage as they look for potential suitors in the trade market.

Since Poeltl should get his standard slate of minutes tonight, bettors can expect big things from him against a bad Los Angeles interior defense. The Lakers rank a dreadful 25th in points allowed in the paint per game over the last 15 contests (54.4). They have also allowed the fourth-most points per game to centers (25.2) through that span. The Lakers expect to get Anthony Davis back tonight, but bettors shouldn’t expect him to see a ton of run. The star big man hasn’t played since mid-December.

Poeltl has faced the Lakers twice this year. He scored 10 points against them in their first meeting and 12 in the second. However, those numbers don’t tell the full story — Poeltl suffered an injury early in the second of those games and totaled only 10 minutes. The big man has actually averaged 0.63 points per minute against Los Angeles. If Poeltl draws his average workload of 26 minutes tonight and can maintain that scoring clip, bettors can expect 16.4 points from him.

Not every book has opened up the Spurs-Lakers player prop markets. DraftKings Sportsbook has gotten ahead of its competitors and has set Poeltl’s prop total set to 11.5. That number falls right at his per-game average in contests against the Lakers but far below what his actual production would have been if he stayed healthy. It also slots in below his season average. Buy the over. Bettors yet to register at DraftKings can score $200 in bonus bets just by placing a $5 wager. Readers in Ohio can access that promotion via this link instead.