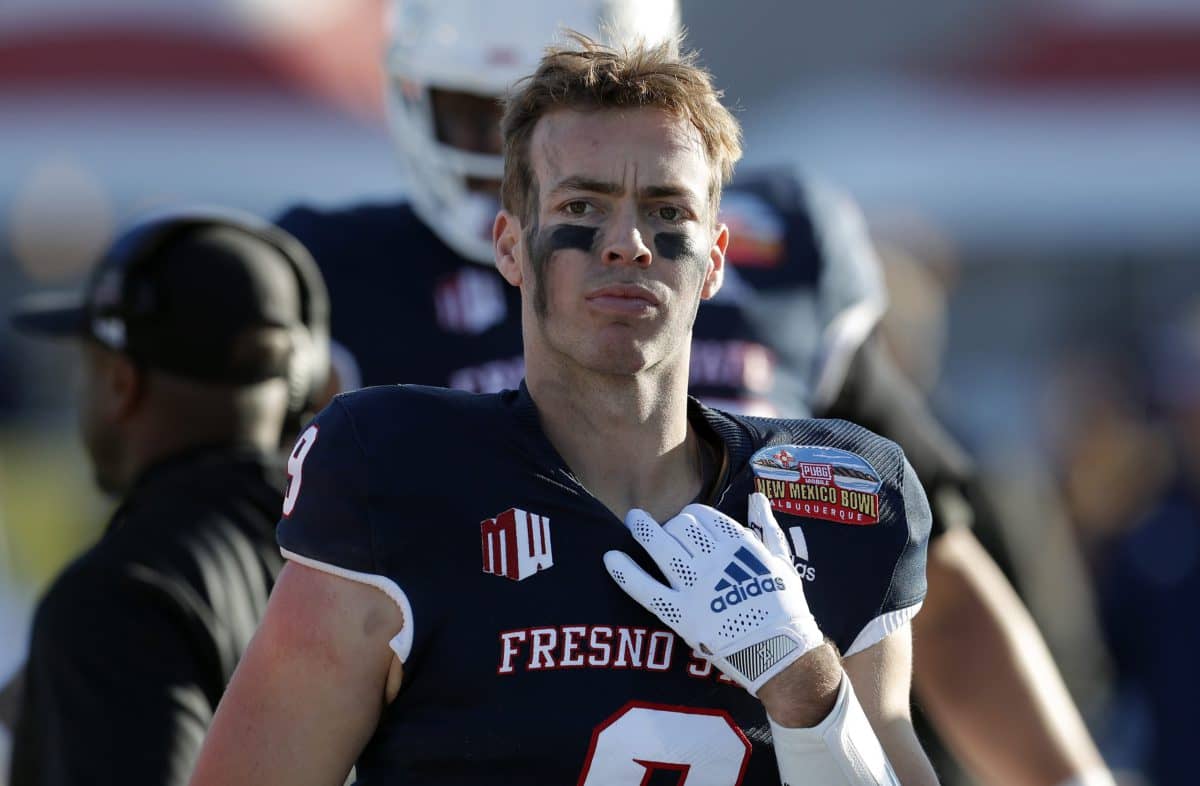 Can backup Wyoming quarterback Jayden Clemons get the upset victory after an abysmal performance in a narrow loss to Boise State? Or will Jake Haener and the Bulldogs steamroll the Cowboys on their path to the Mountain West championship?

It’s ever easy to find offensive success after losing your starting quarterback. That’s exactly what Wyoming (7-4, 5-2 Mountain West Mountain) has had to do after Andrew Peasley went down and Clemons has been called on. His last start was about as forgettable as you could imagine, with 30 yards passing and three interceptions. That was on 16 attempts with only three completions. Yikes.

Clemons will be hard-pressed to find instant success in this one because Fresno State dwarfs the Wyoming offense in nearly every category, including Success Rate, Finishing Drives and Havoc. With disadvantages across the board, expect Wyoming to try again with a run-heavy game script.

Until Clemons proves to be productive through the air, Wyoming will need to lean on running back Titus Swen. With grades of 57th in Rush Success Rate and 33rd in PPA, Wyoming could establish rush success and allow Clemons to try to burn Fresno State through the air on the outside.

Explosive opportunities will be there constantly to keep this close. Fresno State ranks well below average in explosiveness in all levels of its defense. The ability to bust a long one will be the key metric to watch for the Wyoming offense.

It was business as usual for Fresno State (7-4, 6-1 Mountain West West) against the Nevada Wolf Pack in a 41-14 win. Haener threw for 361 yards and two touchdowns with another two touchdowns on the ground.

This has been one of the more consistently elite offenses in college football, hovering around the top 20 in Offensive Success Rate. They built an identity on sustained drives, hard to get off the field as they march down into scoring position.

The Bulldogs come into this one with advantages all over on offense again. Expect running back Jordan Mims to have another big outing with the Cowboys ranking 96th in Defense Rush Success.

Though a run-heavy script is never ideal to cover a large spread, Fresno State should have no issue. Mim’s ability to command attention will give Jake Haener room to work against Wyoming’s defense through the air. With statistical advantages on both ends in nearly every metric other than Explosiveness, back Fresno State in what is shaping up to be a rout. Hovering at -15, wait for the number to appear at -14 live, especially if Wyoming starts with the ball. Though Fresno State’s defense is unfriendly for a boom or bust play, it is difficult to picture Clemons being able to exploit that, from what we have seen so far.