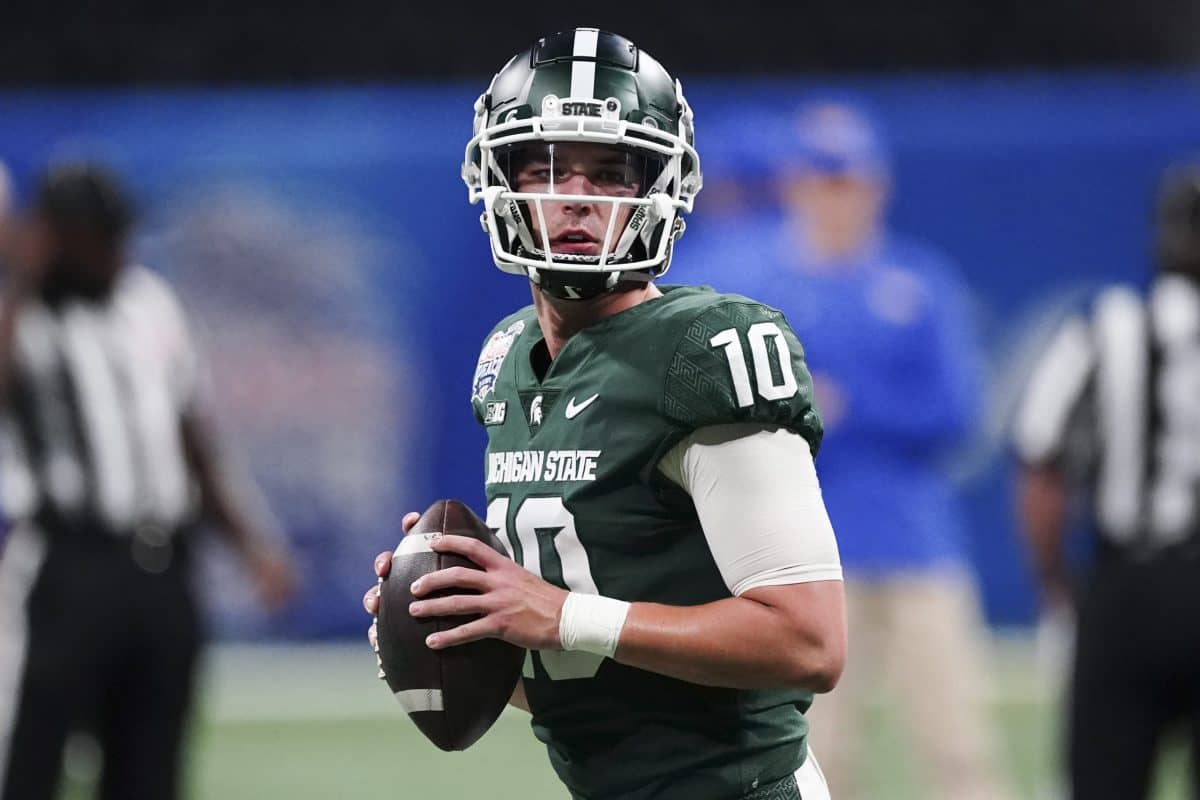 The Big Ten has hit the ground running this season, but there are still a few teams in the conference who need to pick it up a little. There will be talent to back in the conference no matter what, and there is never an easy win. This Saturday features two teams who sit around the middle of the pack in the conference, and both need a win in order to push their season in the right direction. The 2-2 Michigan State Spartans travel to face the 3-1 Maryland Terrapins. The game has a 3:30 p.m. ET kickoff.

The Terrapins almost shocked the nation last week and came incredibly close to upsetting No. 4 Michigan. The Wolverines came away with a 34-27 victory, but Maryland played tough and kept things within a score for the majority of the game. Quarterback Taulia Tagovailoa played as hard as he could against an elite Michigan defense and had to exit the game early with knee and rib injuries.

The Terrapins were outmatched with talent against Michigan, but the loss proves they are still going to be a competitive football team going forward. While Michigan was their biggest test of the season so far, having a few wins under their belt gives them high hopes to finish the season with a respectable record.

IL, KS and LA: Bet $10, Win $200 if EITHER team scores a TD between Michigan State and Maryland

Trouble for the Spartans

The season seems to be spiraling out of control for Michigan State, and it may get worse for head coach Mel Tucker’s program if they don’t turn things around. The Spartans fell to Minnesota last week in a 34-7 blowout, which has caused major concern going forward. The defense gave up 508 yards of total offense, and the Spartan offense continued to struggle. Payton Thorne threw two more interceptions and gave way to backup Noah Kim as time winded down.

It is hard to just point fingers at quarterback play when the Spartans have struggled to get the run game going. Their 38 yards rushing against Minnesota last week is not going to get the job done, and these offensive woes do not help the defense out either. The Spartans have given up some higher point totals against strong competition thus far, but all phases need to improve as they move forward in conference play.

It’s been a very tough start for Michigan State to start the season, but this is the Big Ten, and although some teams may accumulate some losses, they will still put competitive football on the field. The Spartans go on the road as 7.5-point underdogs, and the game total is 58.5 points. For Maryland, the health of Tagovailoa is going to be a major question, and that will significantly affect Maryland’s ability to score.

While Maryland is favored in this game, Michigan State is due to get out of their slump. It is 2-2 against the spread this season and should both cover the 7.5 points and leave with a victory on Saturday. It will not come easy, but this week should get Michigan State going in the direction that was expected of them in the preseason.

With both teams giving up some higher point totals this season, especially against some competitive programs, there should be some scoring on Saturday, which should make for an exciting contest. Bet on this game finishing over the 58.5 total by the final whistle.