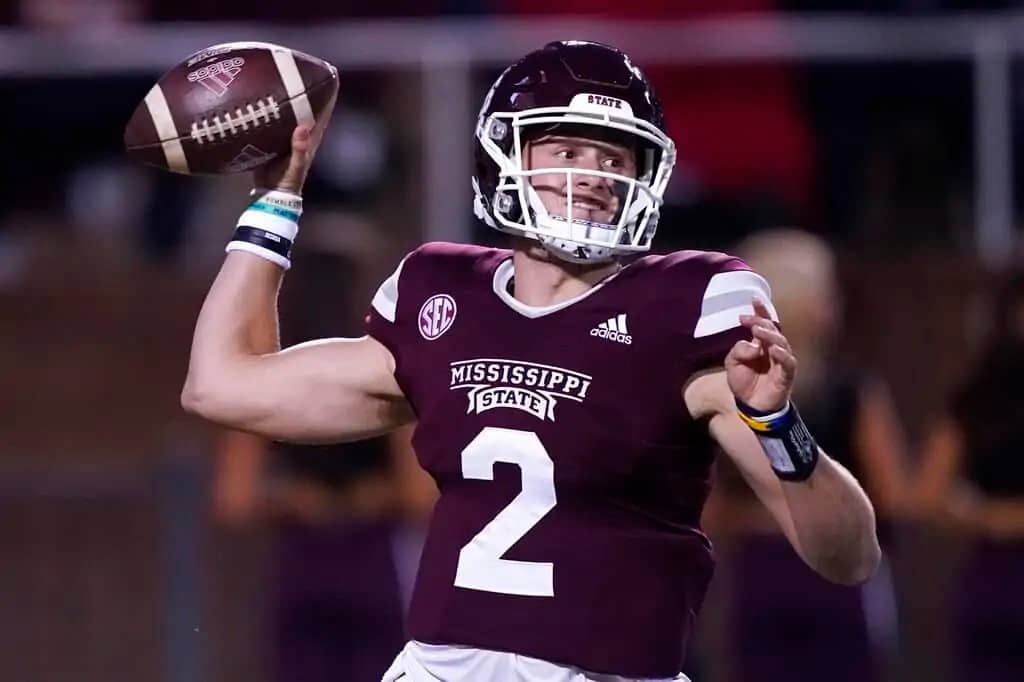 Week 13 of the College Football season has just one game, and this is it: Ole Miss hosting Mississippi State, also known as the Egg Bowl. Continuing our college football odds series, we’ll be making our Ole Miss-Mississippi State prediction and picks. This figures to be a close game with Ole Miss having one of the best running backs in the country and Mississippi State having a dominant quarterback.

Both teams have competent quarterbacks in Jaxson Dart (Ole Miss) and Will Rogers (Mississippi State), but who comes out on top in this one?

Does Quinshon Judkins Give Ole Miss The Edge?

The Ole Miss offense has one of the best running backs in College Football with Quinshon Judkins.

Going up against Mississippi State, Judkins will face a run defense that allows 4.33 yards per carry, 19 rushing touchdowns, and close to 150 rushing yards per game.

Ole Miss has Dart at quarterback in the passing game, and he’s played reasonably well this season. He’s completing 60.4% of his passes and has 16 touchdowns on 283 attempts. His turnover-worthy play rate is 3.7%. Mississippi State has been solid against the pass this year, limiting quarterbacks to 202.2 yards per outing.

What Can The Mississippi State Offense Do?

Mississippi State has a defense that should help slow down the Ole Miss passing attack, but the Ole Miss running game should be great, per usual.

What does Mississippi State have on offense? Will Rogers has 32 touchdown passes on the year and is completing 67.2% of his passes with 530 attempts—that’s rather impressive.

He also has a turnover-worthy play rate of just 2.4%.

He spreads the ball out quite well, with Rara Thomas having six touchdowns, Rufus Harvey with three, and Caleb Ducking right. However, none of these receivers have the star power you’d hope for with a quarterback like Rogers. Ole Miss has a solid pass rusher in Jared Ivey. Also, he has cornerback Deantre Prince who’s played decently in coverage, and safety AJ Finley that plays above-average coverage and run defense.

Mississippi State does have running back Dillon Johnson, too. He’s only had 78 carries this year but averages 5.5 yards per carry. He’s been solid in limited action, but Judkins is on another level.

Judkins is impossible to stop right now. The Mississippi State defense is solid but not good enough to ultimately negate what he can do. Rogers is a fine quarterback, but his roster of receivers isn’t star-studded enough to take advantage of what could be rather winnable matchups. We also don’t necessarily trust the Mississippi State ground game due to such limited action from Johnson this year.