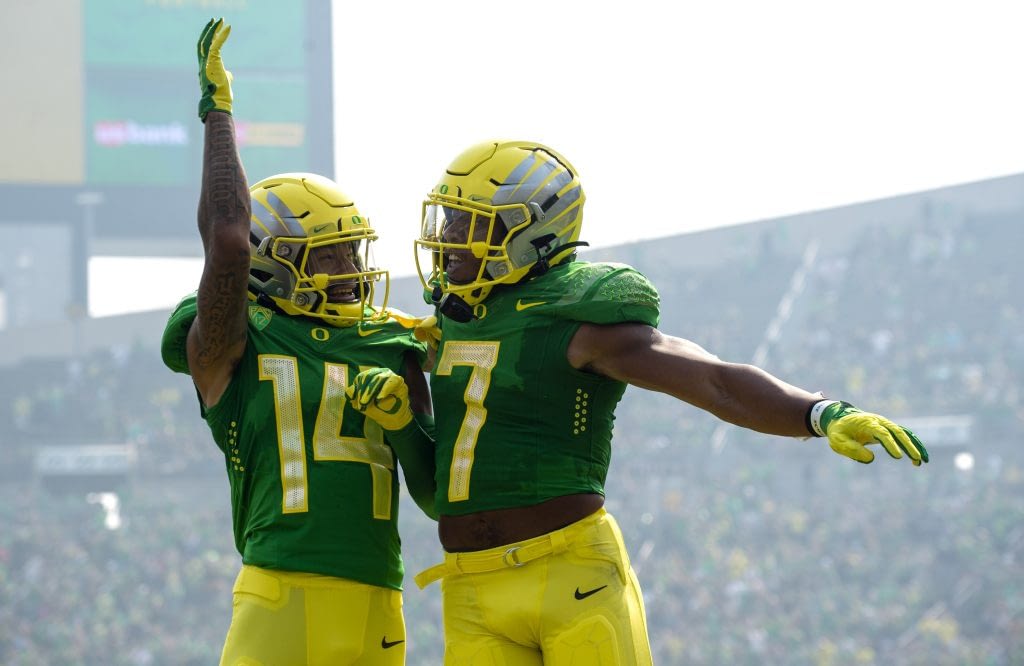 No. 15 Oregon enters conference play at 2-1 after a big home win against BYU last week. There are three other top-25 Pac-12 teams in action this weekend, but this game could be the most entertaining. Washington State enters this matchup 3-0 with an impressive win over No. 19 Wisconsin in Madison in Week 2. With the emergence of Washington, a win from the Cougars in this one could really shake things up.

Oregon finished last season with a 7-2 conference record, while Washington State finished 6-3. These two met last November in Oregon, and the Ducks won 38-24, but both starting quarterbacks are gone from that game. Oregon quarterback Anthony Brown is in the NFL, while Washington State quarterback Jayden de Laura transferred to Arizona. The total for this game is set to 57.5, with Oregon favored by 6.5. Let’s review and get to the best bets.

The Ducks are led by former Auburn quarterback Bo Nix, who has thrown for seven touchdowns and had three rushing touchdowns last week vs BYU. Nix was able to score on the ground because of his solid offensive line that includes two Preseason All-Conference players, T.J. Bass and Alex Forsyth.

The Ducks have some explosive running backs too. Three different backs with more than 11 carries are averaging over 6.5 yards per attempt, including Mar’Keise Irving, who leads the team in yards with 184. The Ducks have been recruiting athletes for years, and there’s nothing new with this squad. Wide receiver Troy Franklin leads the team in receptions with 15, while tight end Terrance Ferguson has become a red zone favorite of Nix’s, leading the team in touchdowns with four.

The Washington State defense is stingy against the run, allowing 90.7 yards per game, but it is vulnerable against the pass. That could be where the athleticism of the Ducks takes advantage.

Cameron Ward and the Cougars Put Up a Fight

The Cougars are led by former FCS quarterback Cameron Ward, who threw four touchdowns last week against Colorado State. Throwing touchdowns is nothing new for Ward, as he had 47 of them for Incarnate Word in 2021, which was tied for second with Alabama quarterback Bryce Young in all of college football. In their victory over Wisconsin, the Cougars were held to 254 yards of total offense and Ward struggled a bit to find the open man, as he went 17-for-26 with two interceptions. Ward has some size to him and can run if he needs too.

Even though Oregon won last week, BYU quarterback Jaren Hall had an efficient game, throwing for 300 yards and two touchdowns while completing 70% of his passes. Ward is a bit bigger than Hall and should be able to put up similar numbers this week. Running back Nakia Watson leads the team at 6.2 yard per carry, while wide receiver Donavan Ollie’s 19 receptions are second best in the Pac-12.

Oregon’s defense is also stingy against the run, allowing only 97 yards rushing. Against the pass is a different story, as they allow 277 yards passing a game, worst in the Pac-12.

Washington State has hit the under in all three of their games, while Oregon has hit the over in their last two. The Oregon offense will ride the momentum from last week and put up some points behind Nix. Ward is no stranger to scoring points either and will need to throw the ball to keep up with the Ducks in this one. Oregon -6.5 is a solid play, but the best bet is the over. This one will go back and forth in the first half before the Ducks pull away 45-28.