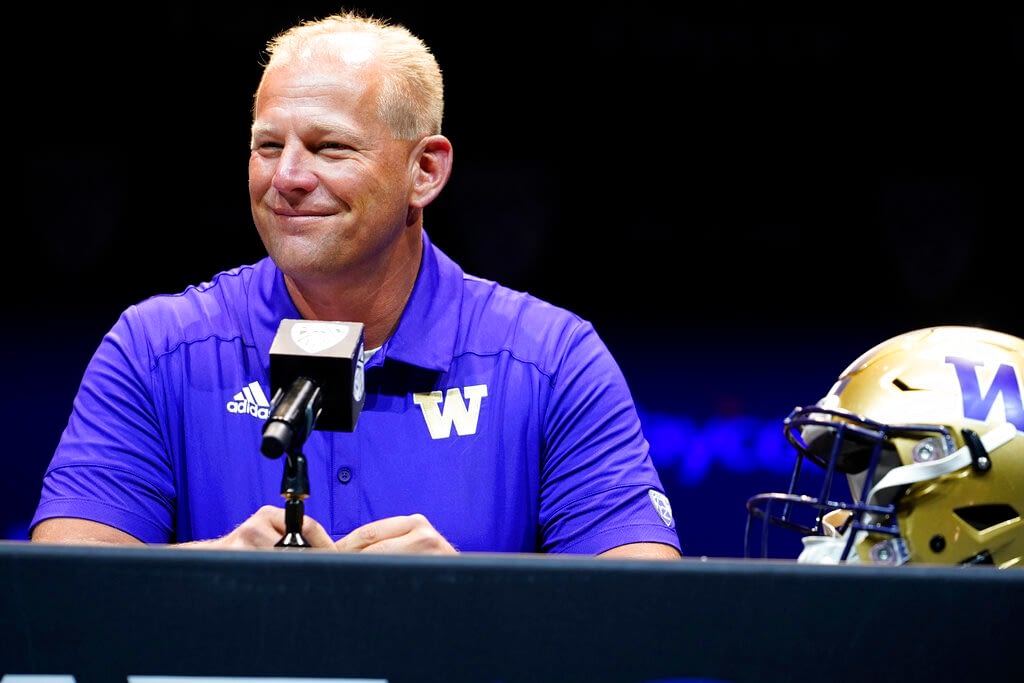 Washington powered its way into the top 25 with a big time win over Michigan State and is now one of just six undefeated teams outside of the AP Poll’s top ten.

As for Stanford, it is coming off a game against a top-25 opponent as well, having been crushed by USC. Stanford is 1-1 on the season. It put a beatdown on Colgate to open the year, winning 41-10. It then welcomed USC and was crushed by the Caleb Williams-led Trojans, who took a 41-14 lead into the final period. Stanford is led by 22-year-old junior quarterback Tanner McKee.

Penix Jr. offered boom-or-bust value to the Indiana Hoosiers last season. However, he’s starting to become more consistent in Washington as he has a 10:1 touchdown to interception ratio. He threw for 397 yards against Michigan State on just 24 completions.

Having a huge 6-foot-2 receiver like Ja’Lynn Polk has helped out as well. The Huskies also brought in former Virginia Cavaliers running back Wayne Taulapapa who has shared the backfield carries with Cameron Davis. Both saw double-digit carries against Michigan State.

Scoring 136 points through 3 games, Washington has put up the 14th-most points per game in the FBS.

The crux of its offense is through Penix Jr. who has over 1,000 passing yards. He’s off to the best start in his career. Head coach Kalen DeBoer, who came over from Fresno State where he finished last season 9-3, is a huge reason why Penix Jr. has found so much success.

Washington has put up points on both good and bad defenses, and against a team that is coming off a blowout loss in which is was dominated by a quarterback, expect the lightning-fast Huskies offense to continue hitting their stride on Saturday.

Tanner McKee is a junior that is entering his second season as the starter. Last season wasn’t his best showing as he had a 15:7 touchdown to interception ratio, but he does stand a huge 6-foot-6 and has a strong, powerful arm.

McKee has just 3 touchdowns and has thrown 3 interceptions so far this season. He struggled mightily against the Trojans, throwing 2 picks. He also struggled against Washington last season, throwing 2 picks. It was the Huskies that won 20-13, but it could’ve been far worse if they were able to take advantage of the opportunities given to them by McKee.

For McKee’s sake, the Cardinal have running back E.J. Smith who has 206 yards on 30 carries, an incredible 6.9 yards per carry average. Despite the team’s overall struggles, Smith had 19 carries for 88 yards and a touchdown against USC. If the Cardinal are going to have success in this battle, it’ll be on Smith’s shoulders coupled with timely throws from McKee.

The one thing that Stanford has is experience as every starter on the offensive side of the ball is an upperclassman.

Stanford went up against wide receiver Jordan Addison who is now part of USC’s team. He is a stud, and coupled with Williams made life difficult. The scoreboard didn’t show how truly dominant the Trojans were in that battle. McKee isn’t overly impressive, and the Washington defense is holding opponents to just 18 points per game.

Stanford is 1-1 against the spread (ATS) this season, but Washington is an impressive 3-0 ATS and has some extremely impressive victories. Penix Jr. may be turning the corner, and with the size out wide, pace in the backfield, and experience he has on his sideline, the Huskies are a strong bet to come out on top by multiple scores in this one.