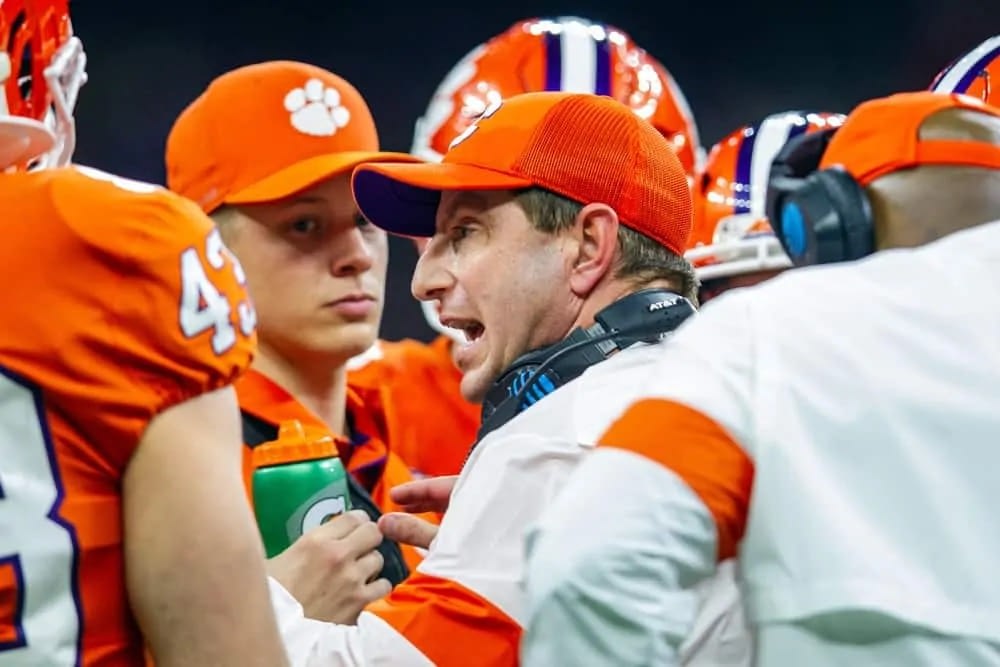 It’s too early to get a great picture of what the College Football Playoff will look like in December but any team sitting at the top of the AP rankings still knows that they can’t afford to slip up.

This will be the toughest test so far for Clemson as they look to get back to College Football Playoff status after missing the playoffs in 2021.

Wake Forest enters the contest with a 3-0 record and are poised to make a run at an ACC title.

Questions Remain for the Tigers

Clemson’s defense is good but their offense has been suspect, especially at quarterback. D.J. Uiagalelei has been serviceable but questions remain about his role as a leader. Cade Klubnik was a top-tier recruit coming out of high school. Head coach Dabo Swinney does not seem to want to make the change at quarterback just yet. However, a switch to Klubnik could be around the corner.

Clemson will lean on running back Will Shipley for the bulk of the carries. Shipley had his best statistical game of the season last week against Louisiana Tech, rushing for 139 yards and two touchdowns.

Clemson’s defense is not ranked highly in statistical metrics but they are going to be a major difference maker this season. The Tigers currently sit at 35th in the FBS in total defense and their front 7 creates nightmares for offenses.

If Clemson can prove to be consistent on the offensive side of the ball, especially against a strong opponent this weekend, look out for them to make another title run.

This is a huge game for Wake Forest’s program and one that is going to be a measuring stick for how they stack up against the top dogs.

Quarterback Sam Hartman is Wake Forest’s leader on offense. The signal caller is good enough to get his team into the mix for an ACC title.

Wake Forest didn’t look too impressive last week against Liberty, notching a 37-36 victory. Nevertheless, this is a team who can put up points when needed and they are battle tested if a shootout ensues.

The big question will be if Wake Forest’s defense is up to the task. Wake currently sits tied for 19th in the FBS with 4 interceptions forced and that is going to be a key for them if they want to pull off the upset on Saturday. If Wake can force Clemson to make some mistakes and if they can control the tempo, this game should be very exciting.

This is a great matchup of two ranked teams who are going to be fighting to get to the top of the ACC throughout the season.

Wake Forest has been an up and coming program the past couple of seasons and Clemson’s dynasty may not be over just yet. Clemson comes into the contest as 7-point favorites.

Wake Forest is a strong team but this spread may be a little too low. Clemson should win handily and cover on Saturday. With the Tigers 1-2 against the spread so far this season, this game is one that Clemson should want to win big in order to gain the national respect as title contenders.

The game is set at a 56-point total. Both defenses are strong and rank in the upper half of the country. Even with two teams who can force the opposing offense into some trouble, Wake Forest will have to put up some points if they fall behind which is why this contest should finish over the 56-point total on Saturday.