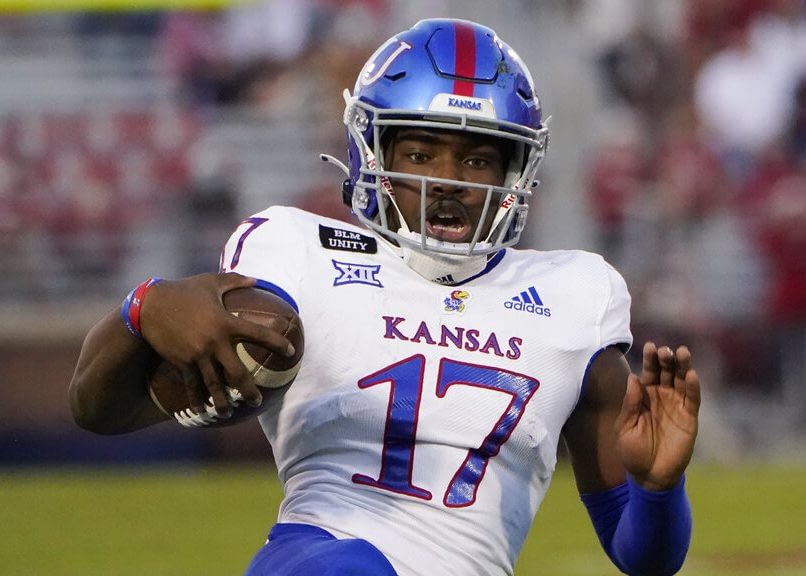 This matchup should have been the College Gameday location. It feels like March with these college basketball blue bloods, as Duke travels to Lawrence to square off against the Kansas Jayhawks for one of the biggest matchups of the weekend. Both teams come in with 3-0 records and have also been pleasant surprises for college football in the early part of the season. This is a very important non-conference game before both programs begin the bulk of their conference slates, and it should be an exciting game.

Overachieving or not, Kansas has opened some eyes here in the early part of the season, and there is no reason why they shouldn’t be in the discussion to compete for a Big 12 title moving forward. Scheduling competitive opponents early in the season is incredibly important, and the Jayhawks are undefeated, with two of these wins coming against respectable West Virginia and Houston teams. Head coach Lance Leipold deserves to be considered one of the better coaches in the country and has gotten this program to a competitive level after years of frustration for Jayhawk fans.

Offensively, quarterback Jalon Daniels has been incredibly efficient throwing the ball, with seven touchdowns and only one interception. He has also been able to get the job done running the ball, including a 123-yard rushing performance last week in the win against Houston. Defensively, the Jayhawks have been in shootouts the past two games, but their offense has still been able to outscore opponents. There is room for improvement on both sides of the ball, but momentum is on the Jayhawks’ side going into this contest.

Not Just a Basketball School

Duke has played some very impressive football, and while they will not hoist an ACC championship trophy, it wouldn’t be surprising to see this team win a lot of games this season. Competition so far hasn’t been great, but one thing about college football is that teams have to just take it a week at a time and a win is still a step in the right direction.

Quarterback Riley Leonard will need to be able to put the ball downfield for the Blue Devils and add to his five-touchdown total on the year. The Blue Devils sit at 44th in the country in total offense, and that is a respectable number for a team that didn’t have the highest of expectations coming into 2022. Defensively, they are going to need to limit scoring from the Jayhawks, who have found success putting up points in the early part of the season.

One great part of this sport is seeing two programs like these go at it in one of the biggest games of the weekend. Kansas is currently a 6.5-point favorite in this contest, and the game has a 65-point game total. Kansas is 3-0 against the spread this season, and the Jayhawks have hit the over in five of their last six games. Duke is going to come out and put up a fight, but Kansas is the better team overall and the Jayhawks look good to cover a 6.5-point spread and leave the weekend still with an undefeated record.

Kansas has played in shootouts all season. They know how to score, and they will make Duke have to keep pace with them. There is going to be some points put up on the board, and this game has the makings to hit over the 65-point game total.

Betting is now live in Kansas and your first college football bet is on Caesars up to $1,250
Share on TwitterShare on FacebookShare on EmailShare on SMS