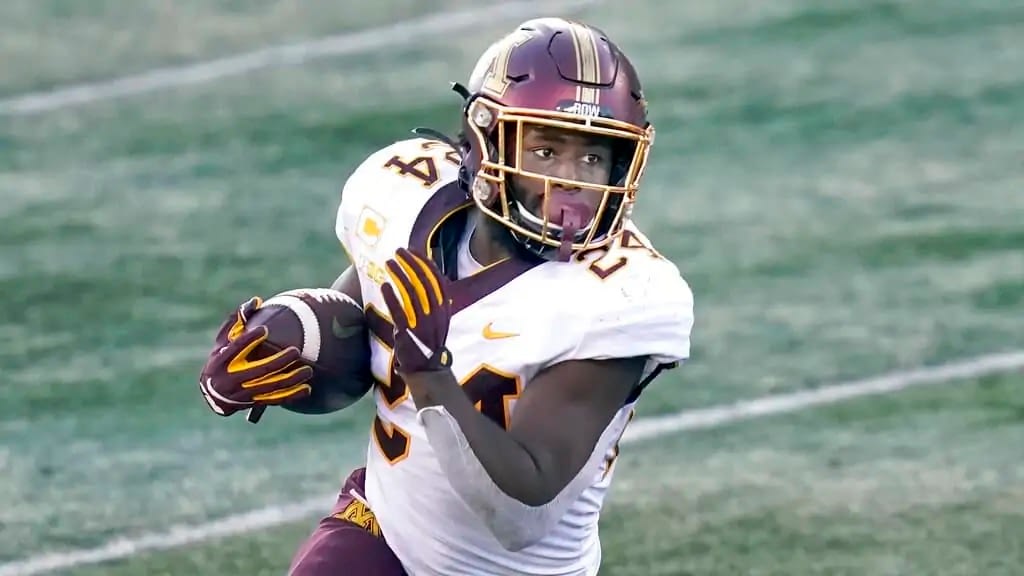 There are still a lot of question marks around how the Big Ten will shape up. A few teams in the conference who have climbed to the top but there are a handful that are still trying to find their identity.

The Minnesota Golden Gophers and the Michigan State Spartans are two of those teams. Both of them will find out a lot about their chances in the Big Ten when they square off in East Lansing this weekend.

Golden So Far in Minneapolis

Minnesota looks like a team that can compete for a conference title. They currently rank second in the FBS in total offense just behind their Big Ten counterparts Ohio State. The Golden Gophers are also second in total defense in the FBS. This team has been able to execute in all phases and head coach P.J. Fleck has high expectations for his program going forward.

The highlight of the Gophers’ offense so far has been running back Mohamed Ibrahim. The senior looks healthy after suffering an Achilles injury in last season’s opener. Ibrahim has rushed for 464 yards and seven touchdowns through 3 games. Minnesota’s strong run game has been a big reason why their offense has been dominant in the early goin.

It might be rough news for the Gophers this week though. Wide Receiver Chris Autman-Bell suffered a season-ending leg injury. This is going to be a huge loss going forward but the Gophers should be able to respond and fill that role with the depth that they have.

Michigan State came into the 2022 season with expectations to compete for a conference title but so far, there are questions about whether they’ll be able to put a competitive enough product on the field to accomplish that.

The Spartans looked shaky last week in a 39-28 loss at Washington. This score finished a lot closer than how the game actually looked when watching it, proving that the Spartans have a lot of work to do.

Statistically, Michigan State’s offense isn’t the worst, but they do need to start to develop a better run game and give quarterback Payton Thorne the ability to have a more balanced approach. The Spartans only rushed for a combined 42 yards as a team last week and that is going to need to change against a strong Minnesota defense.

The Washington game was the first true test for the Spartans’ defense and they couldn’t seem to stop the Huskies when they needed to. This weekend is going to be another major evaluation game against a Big Ten opponent.

Minnesota has played great football in all phases so far that’s why Minnesota not only will cover the 2.5-point spread on Saturday, but that they should come away with a victory.

The game is currently set at a 50-point total. With Minnesota having to adjust after their big loss at receiver, both defenses should get enough stops to keep the game under the 50-point total when it is all said and done.