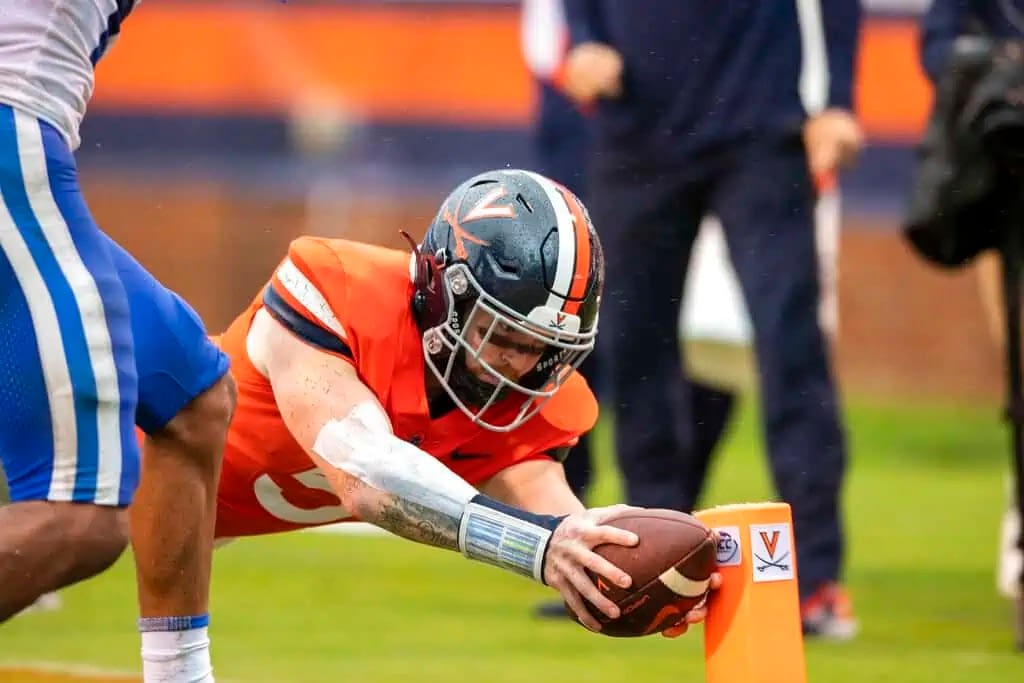 Conference play ramps up this week, as we get more in-conference matchups this Saturday than we have had all season. Expect competition to be fierce as teams chase after coveted conference titles.

Friday’s matchup between the Syracuse Orange and Virginia Cavaliers fits right into that narrative. The game is set for a 6 p.m. CT kickoff in Syracuse, New York.

Virginia enters with a 2-1 record, while Syracuse is coming in at 3-0 after winning a nail biter against Purdue last Saturday. Both teams need wins to keep their seasons moving forward.

Surprise Year for the Orange

The ACC is shaping up to be incredibly interesting this season, with Syracuse emerging as one of the conference’s best teams.

It is important for the Orange to maintain consistency after their strong 3-0 start to the year. They don’t have a difficult schedule from here on out, but there are still games that could give them a headache. Friday night against Virginia will probably be one of those matchups.

Quarterback Garrett Shrader has been solid for the Orange this season. He has played very efficiently, throwing for 8 touchdowns without a single interception. Syracuse will need him to continue exploiting defenses through the air.

That being said, the Orange have also had success on the ground. Sean Tucker is the team’s top rusher, leading them in yards and chipping in two touchdowns.

Defensively, Syracuse has gotten stops when they have needed them most. The 32-29 instant classic against Purdue last week was high scoring, but their defense made enough stops to squeeze by. It was a very good test against a high-powered offense. They will definitely be battle tested for their upcoming ACC schedule.

It has already been a roller coaster of a season for the Virginia Cavaliers. The squad is 2-1 and still trying to figure out their team identity.

The Cavaliers slipped by a solid Old Dominion team last week by a score of 16-14. It was an important win after getting blown out the week prior against Illinois.

Quarterback Brennan Armstrong will be under center for the Cavaliers. He has put up mediocre numbers so far this season, with only 2 touchdowns compared to 3 interceptions.

Virginia’s  defense only allowed 14-points last Saturday. Strong play will be needed again this Friday as they line up against a Syracuse team that is capable of putting up points.

Syracuse sits as a 9-point favorite heading into the game, with the total at 53 points.

The Orange have gotten off to a strong start relative to the Cavaliers who are struggling in the early part of the season. Syracuse is 3-0 against the spread this year while Virginia is 0-3.

Syracuse looks good to cover the 9-point spread in this one. They are the all-around better team and should have the upper hand in all phases of the game. Both teams have played very methodical football and have prioritized establishing their running game.

Syracuse has been able to force turnovers and Virginia ranks in the top half of the country in pass defense. These stout defensive metrics suggest that you should take the under for this game total.