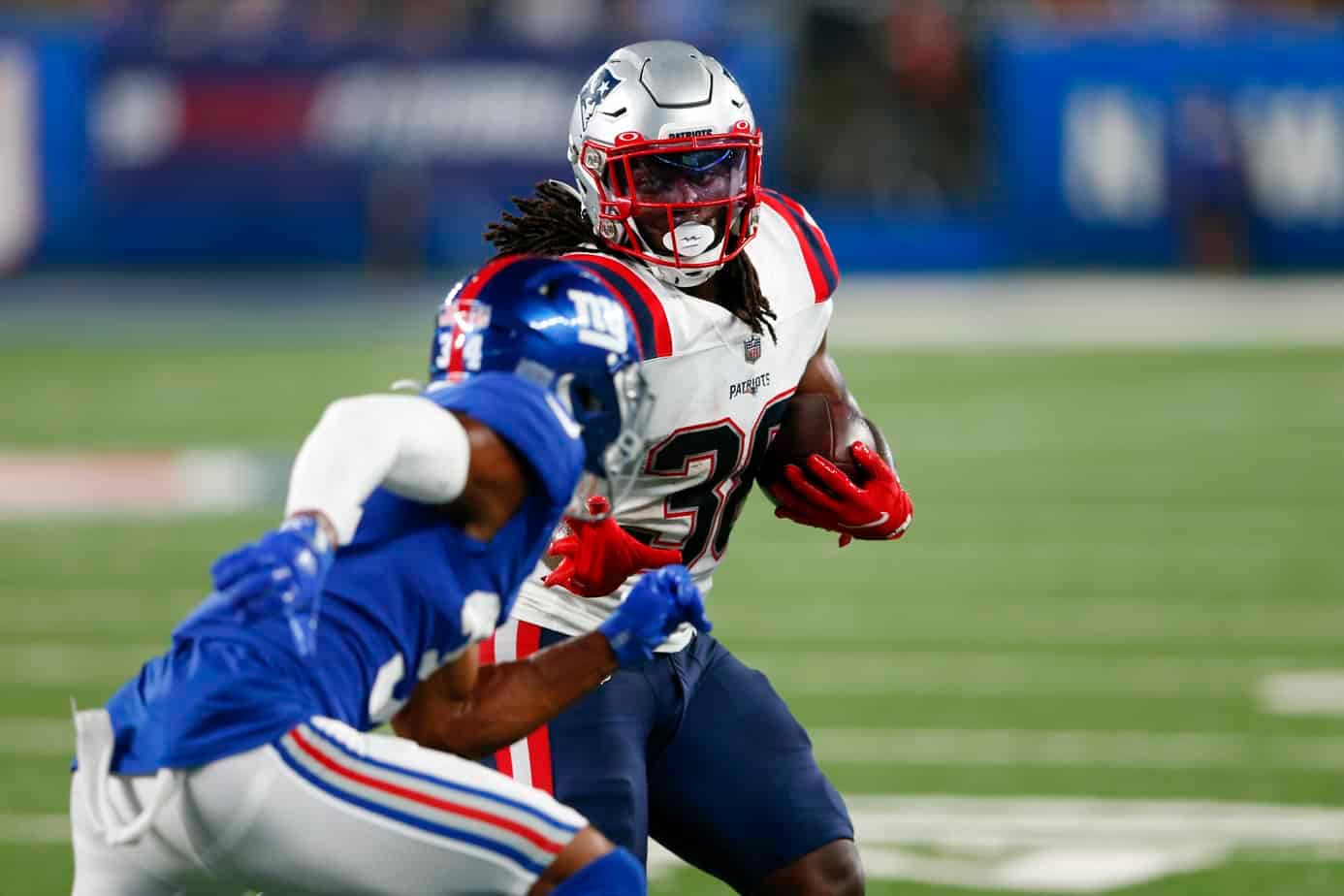 Thanksgiving Day ends with an NFL matchup between the New England Patriots and the Minnesota Vikings. The Rhamondre Stevenson prop line offers significant value in this Thursday Night game. Let’s analyze the best Patriots-Vikings prop bets, and for more NFL bets and NFL player props, check out OddsShopper’s tools. The Patriots backfield is one of the more intriguing units with their involvement in each the passing and running attacks. Nonetheless, onto an interesting Rhamondre Stevenson prop bet.

Running back Rhamondre Stevenson has bolstered the Patriots backfield the past few weeks and has them within striking distance in the AFC East. Stevenson underperformed in the running game last week but came up big in the passing game, catching all six of his targets for 56 yards in a 10-3 win against the New York Jets. The Patriots will look to get Stevenson involved early and often and keep the Vikings’ talented offense off the field.

The Vikings are coming off their second loss of the season, and it was embarrassing. They allowed 37 points through three quarters to the Dallas Cowboys, whose running back duo of Ezekiel Elliott and Tony Pollard rushed for 122 yards on 30 carries. The Patriots defense has been sensational and will make it difficult for the Vikings to put up points. New England allows the second fewest points per game and has let up six total points in its past two games. The defense will keep the Patriots in this projected low-scoring game, which will lead to Stevenson getting his normal workload.

Stevenson has taken command of the backfield over teammate Damien Harris. Stevenson took 78% of the offensive snaps last week and ran the ball 15 times. He has cleared 13.5 rush attempts in six of his past seven games and is finally trusted in the passing game. Quarterback Mac Jones has been inconsistent and at times has lost control of the offense. Look for the Patriots to continue to utilize Stevenson and control the game on the ground as 2.5-point underdogs.