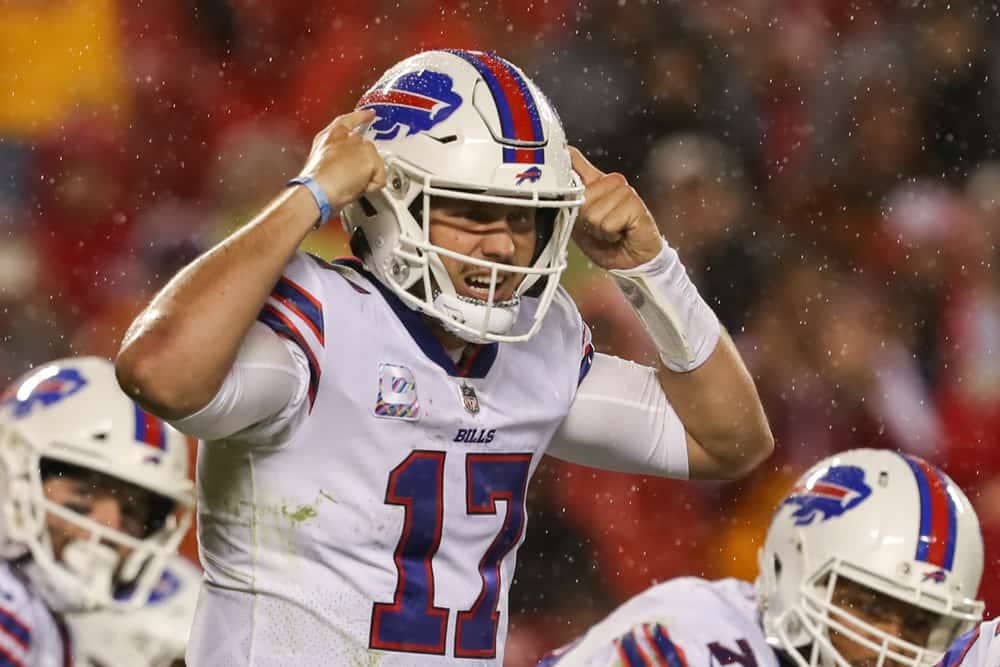 There is nothing better than football on Thanksgiving, and we’ve got three NFL games to whet our appetites Thursday. There are good options all over the board and a few spots that bettors should take advantage of on PrizePicks. Buffalo Bills Josh Allen, Stefon Diggs and Isaiah McKenzie are intriguing names on the slate, so let’s see what OddsShopper thinks are good values for the best PrizePicks NFL player props.

It’s all about the Buffalo Bills on Thursday. Facing a Detroit Lions defense that ranks last in the NFL against opposing quarterbacks, Allen is definitely someone to target.

Despite a subpar performance last Sunday against the Cleveland Browns, Allen is still averaging a robust 27.6 DraftKings points per game. The Lions defense has given up a combined 73.02 fantasy points the past two weeks, and Allen is projected to put up 29.30 fantasy points, far exceeding his PrizePicks prop of 24.5. An easy play on the over here, look to stack Allen with more Bills with the next two picks.

Allen’s clear top target, Diggs continues to be among the elite group of wide receivers in the NFL with 76 catches for 1,033 yards and eight touchdowns. He is averaging 24.5 fantasy points per game, and his PrizePicks prop looks too low.

The Lions rank 25th against opposing No. 1 wideouts. Diggs is projected to put up 24.02 fantasy points, and PrizePicks has his prop listed at only 20.0.

A prime breakout candidate for many heading into the season, McKenzie started off in-sync with Allen, and the speedy wide receiver found the end zone in three of Buffalo’s first four games. Since then, he has struggled to make much of an impact, and his props have continued to drop. With a receiving yards total of only 20.5 on PrizePicks, look to buy low on McKenzie in what is a great spot.

After putting up 20 or more receiving yards in three of Buffalo’s first four games, McKenzie has eclipsed that once in the seven games since. He is projected to put up 37.3 receiving yards, an expected win percentage of 74%. The expected ROI for McKenzie is 39%, making this another obvious play on the over.