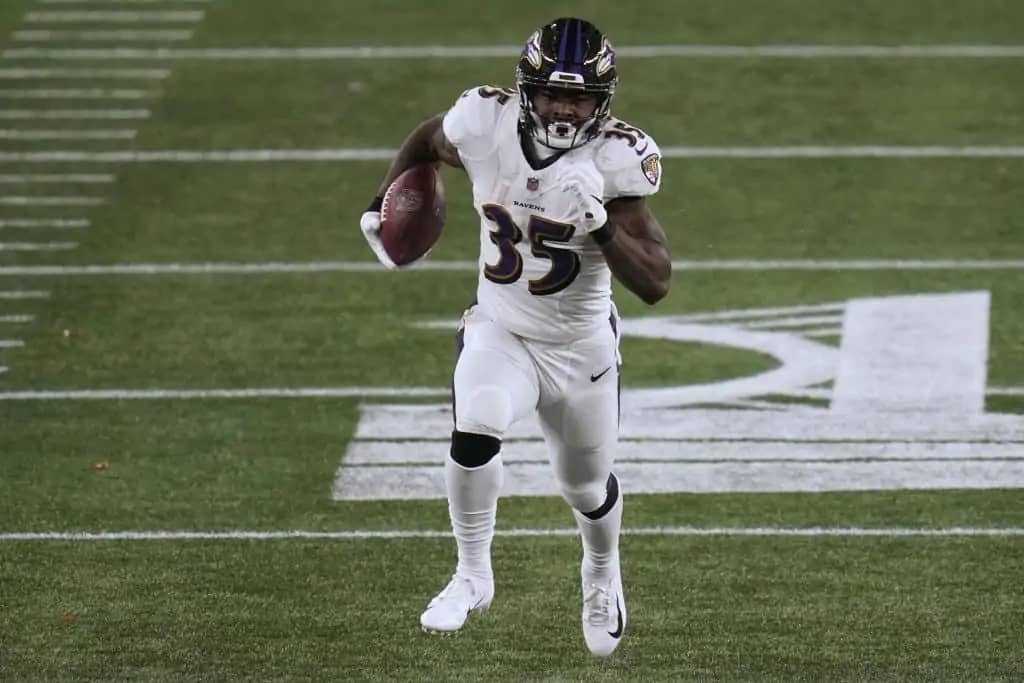 The Baltimore Ravens just recently got a boost to their backfield when running back J.K. Dobbins returned from a prolonged injury stint. And perhaps there’s more good news to come.

After Gus Edwards suffered an ACL injury prior to the 2021 NFL season, it was reported on Wednesday that he was back at practice for the first time since the injury.

Coming into the season, Edwards ranked relatively low on our fantasy football draft cheat sheet, and he remains a non-option per Stokastic’s NFL Start/Sit Fantasy Football Rankings, but perhaps he can work his way into a valuable role. The bulldozing back does have a history of being a presence on the goal line.

Despite Dobbins being the much more dynamic running back in the Ravens offense, there is most certainly a role for Edwards in short yardage and third-down situations. If anything, the return of Edwards will probably hinder Dobbins’ value in fantasy football, and perhaps owners should start to shop Dobbins to other teams.

It’s expected the Ravens will ease Edwards back into their game plan similarly to the way they did with Dobbins, but expect him to get more and more looks as the season goes on.