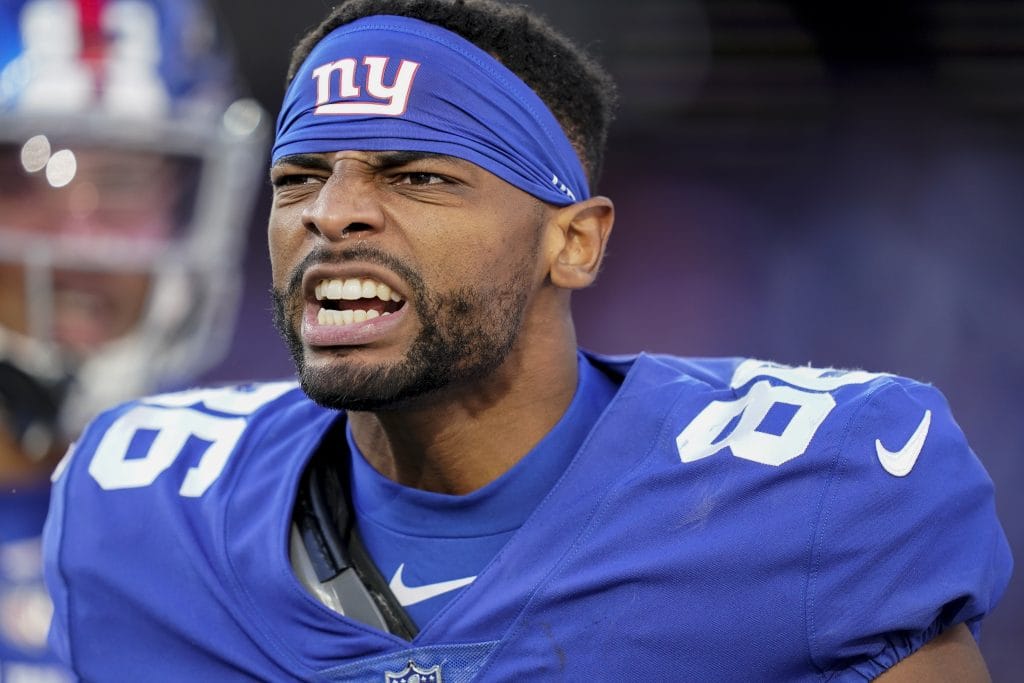 Thanksgiving will provide a fun three-game slate in the NFL. To add even more excitement to the festivities, No House Advantage has two types of contests to play: “Pick ‘Em” and “Vs The House.” Let’s narrow down the field by highlighting some of the best props to target. Also, check out the NFL Player Props Tool to help make selections.

Diggs produced a modest stat line against the Browns last week, catching four of five targets for 48 yards and a touchdown. It marked his fewest targets and yards receiving in a game this season. The Buffalo Bills had built up a 22-10 lead after three quarters, so Josh Allen only attempted 27 passes in their win.

As disappointing as last week was, don’t expect another muted stat line from Diggs. Prior to that performance, he had posted at least 93 yards receiving in five straight games. This is a great spot for him to bounce back, with the Detroit Lions allowing the fifth-most yards passing per game in the league. The Lions have also scored 62 points over their last two games, so the Bills might find themselves in a high-scoring affair in which they need to throw the ball more than they did last week. The NFL Player Props Tool has Diggs projected to finish with 99.1 yards receiving.

After missing six straight games with an ankle injury, Chark made his return Sunday against the Giants. He only logged 10 snaps, failing to haul in his lone target. The Lions clearly wanted to take a cautious approach with him, and playing another game just four days later might not help his cause for spending more time on the field.

The Lions have quality options at wide receiver outside of Chark, with Amon-Ra St. Brown leading the way. They have also turned to Kalif Raymond, who has logged at least 49 snaps in each of the last six games. With the expectation that Chark sees a limited workload again, the under is an appealing option.

Slayton was on the outside looking in among the Giants wide receivers heading into the season. He was reportedly on the trade block, and there were even rumors that he could be released. He ultimately stayed with the team but had just one reception over their first four games.

Injuries changed everything in New York, forcing Slayton to play more. He hasn’t let his opportunity go to waste, posting at least 58 yards receiving in five of the last six games. Last week, he received a season-high 10 targets against the Lions, which he turned into five receptions for 86 yards. The Giants lost another wide receiver, with Wan’Dale Robinson tearing his ACL against the Lions, so Slayton should continue to receive plenty of targets.

The Patriots and Jets played an ugly game Sunday. Neither team could get anything going offensively, with the Patriots eventually winning 10-3 on the strength of a punt return for a touchdown. Jones completed 23 of 27 pass attempts for 246 yards, which was actually his highest yardage total since returning from injury. He also didn’t throw an interception for the second straight game.

With Jones being held without a touchdown pass last week, he has yet to throw multiple touchdowns in a game this season. What’s just as alarming is that he only has 10 pass attempts inside the red zone over the last three games. The Patriots don’t have a dynamic group of skill players, which should continue to leave Jones with few opportunities to accumulate touchdown passes.