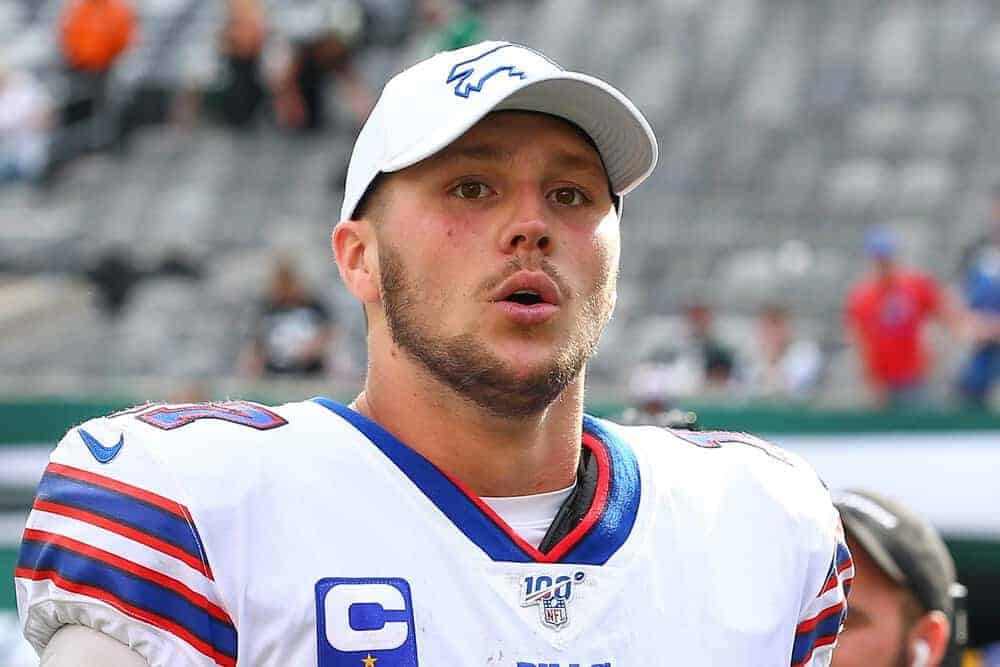 One of the biggest parts of being a successful sports bettor is gathering information. But the key is getting the right information and then knowing what to do with it. Figuring out who is betting on what and understanding why is a critical piece of handicapping. That’s especially true in the NFL. This is where knowing the percentage of handle (dollars) compared to bets (amount) comes into play.

The goal of this article is to report on what teams the betting public is most heavy on and then to decide whether or not to follow the “herd” or “fade” them. It will focus on games that have at least 75% of handle or bets. This article went 3-0 last week and is 6-1 on the season.

This week was extremely difficult to handicap because this article only looks at games in which there is at least 80% of more on a particular team and fading those whenever possible. It has worked out well so far, but this week will be tougher than the prior two. Scale back slightly on unit plays this week on these four games.

The Bills come into this game off another strong performance on Monday night, beating the Titans 41-7 at home. The game was the perfect storm for the Bills, as they had extra time to prepare and it was an opportunity for double revenge. This game has long been circled as a potential letdown spot for the Bills, and coming off a short week, they have to travel to play in the South Florida heat.

The Dolphins exploded for 42 points last game at Baltimore, and it was Tua Tagovailoa’s coming-out party. Clearly, this offense is high octane now. This will be a shootout, and the over will be the bet every way possible — team total, first half, game, etc.

The key to taking the Dolphins here is the Bills secondary is banged up coming into this game. Micah Hyde, Dane Jackson and Jordan Poyer did not practice Thursday, and all are listed as questionable. The Bills will have a little bit of a letdown here, even though it’s an AFC East divisional game.

This was the toughest game to handicap on the slate by far. If the Ravens had won last week, the Patriots would definitely be the play as the home dog. Or if the Patriots had lost last week, it would have been a must-win game at 0-2.

The Ravens have to be deflated after blowing the game last week and now travel on the road to New England. The Patriots will be hard-pressed to score more than 20 points most weeks, and they do not have the wide receivers to take advantage of a banged-up Ravens secondary. This game will another grind out for New England at home, with both kickers getting multiple field goals. It could go either way, with a 20-19 or 19-16 score, so lean on the under 44 and follow the sharp money (+26% on handle versus bets)

This is an interesting game in Week 3, as there is already a common opponent with the Lions, and both games were shootouts. Similar to the Bills, the Eagles could be in for a bit of a letdown here coming off the huge Monday night win over the Vikings 24-7. The Commanders have looked good on offense, and the Eagles could end up the best team in the NFC after it is all said and done. Remember, the Eagles did not cover as road dogs in Week 1 against the Lions. The same could happen here, with the Eagles winning by a field goal.

The Chiefs come into this game off a big Thursday Night Football win against the Chargers, while the Colts laid an egg last week at Jacksonville, getting shutout 24-0. It was a bad spot for the Colts, who were without their top two wide receivers. It looks like they will get Michael Pittman Jr. and Alec Pierce back this week, which will make a difference.

Matt Ryan looked dreadful against the Jaguars, with several bad throws, but he should bounce back this week. The Chiefs are in a prime letdown spot, and the Colts are in a must-win.

The biggest hesitation in laying the points with the Chiefs is the potential look ahead to a Week 4 matchup on Sunday Night Football with the Buccaneers. There is +12% on handle versus bets with the under, so follow the sharp money.