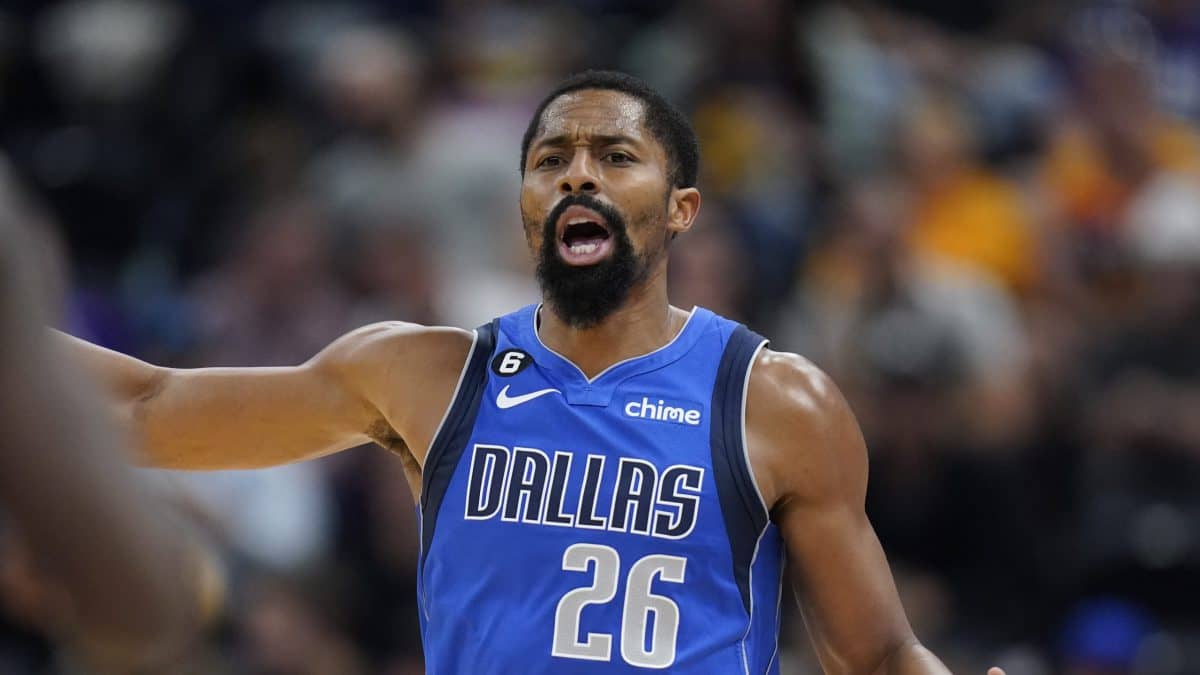 After a short slate yesterday, the NBA is back in full swing tonight. There our 12 games, including a very exciting matchup between the Mavericks and Celtics. Boston holds the league’s best record (13-4) entering tonight’s game but could play without their best player in Jayson Tatum (currently questionable to play). Spencer Dinwiddie is banged up (shoulder) for the Mavericks but plans on playing tonight. Be sure to check out the OddsShopper tool for more best NBA player props and best bets.

Starting from the bottom line, the odds (-125) for Spencer Dinwiddie going over his combined rebounds and assists prop (7.5) in tonight’s game are better than they should be. He is averaging little over eight combined rebounds and assists per game (5.1 assists and 3.1 rebounds), and Dinwiddie has gone over today’s combined prop in 11 out of 16 games this season. He also has a favorable matchup tonight, which makes the over on his combined prop stand out even more.

Firstly, Boston isn’t a good rebounding team. The Celtics allow 45 rebounds per game (ninth most in the league) and the eight-most rebounds to opposing shooting guards (6.65). Furthermore, while Boston does limit its opponents to only 22.3 assists per game (third fewest), opposing shooting guards are averaging the ninth-most assists (5.32) against them. Notably, Boston is even more vulnerable to the shooting guard position as of late, allowing the most rebounds (8.51) and fifth-most assists (5.77) in the last seven games. In all, Dinwiddie is in a good spot to find success tonight as both a distributer and a rebounder.

Dinwiddie is currently projected for 4.7 assists and 3.7 rebounds in tonight’s game, adding further confidence in him going over his combined prop. Considering the favorable matchup, bullish projections and that Dinwiddie went over today’s combined prop in 68.75% of his games this season, -125 odds for him to do so again tonight (55.56% implied odds) are very enticing. Make sure to shop around if tailing, as the over is juiced to around -135 on other books.