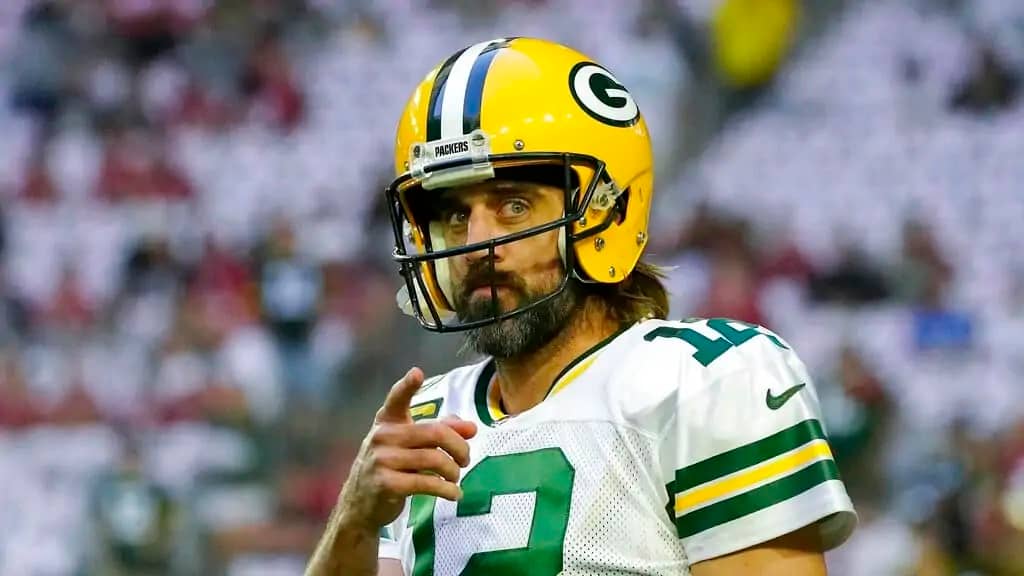 Despite a disappointing season, Green Bay Packers quarterback Aaron Rodgers isn’t ready to throw in the towel just yet.

During his weekly appearance on “The Pat McAfee Show,” Rodgers said he plans on playing against the rival Chicago Bears on Sunday despite leaving the Sunday Night Football game against the Philadelphia Eagles with a ribs injury. He already was dealing with a broken bone in his throwing thumb since Week 5.

“I got good news with the scans yesterday, so I plan on playing this week,” Rodgers said.

The Packers opened as a 4-point favorite, but that moved to 2.5 amid the uncertainty surrounding Rodgers.

Maybe Packers fans thought they’d get a glimpse into their future with Jordan Love taking over at quarterback for the remainder of the season, but apparently Aaron Rodgers has other plans. When Rodgers exited Sunday, Love came in and looked pretty impressive, completing six of nine passes for 113 yards and a touchdown.

“We’re not eliminated,” Rodgers said Tuesday. “We got a chance to run the last five (games) and see where we stand after that. That’s the focus for me. I might miss practice on Wednesday, might not be a full contributor, but that’s kind of been standard for the last six, seven weeks [and then] go to one of my favorite places to play down in Chicago and hopefully get a big win, get into the bye week and get healthy and let’s see where we can get to.”

The Bears have question marks of their own at quarterback. After suffering a shoulder injury in Week 11, Justin Fields was held out of Week 12, with Trevor Siemian playing in a 31-10 loss to the New York Jets. It’s unclear if Fields will be available against Aaron Rodgers and the Packers this Sunday.