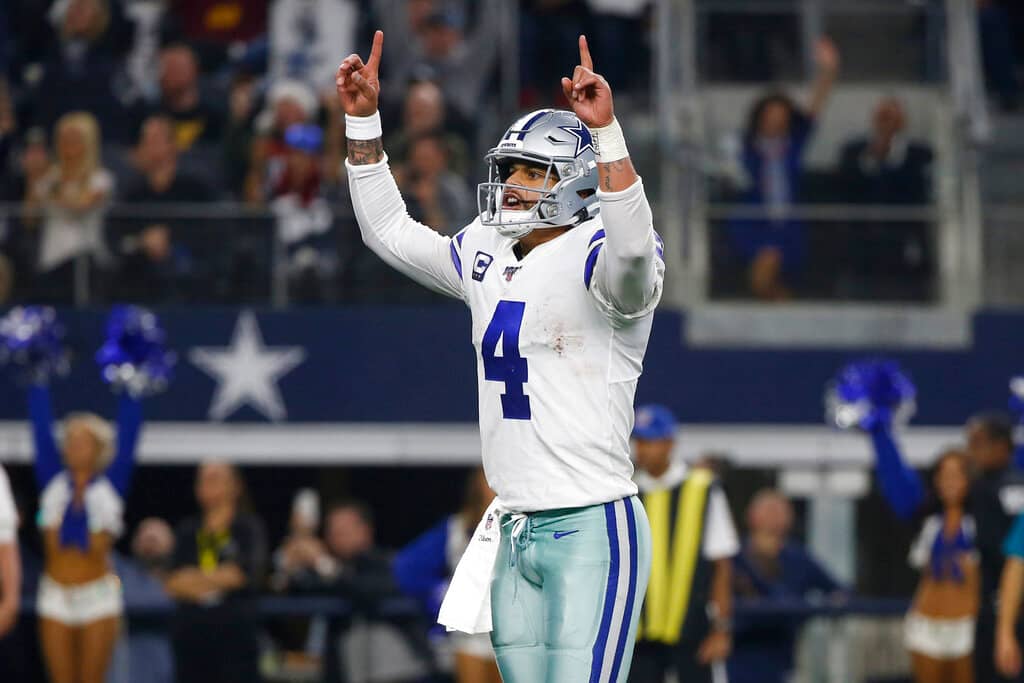 Dallas Cowboys quarterback Dak Prescott has been out since suffering a thumb injury in week one, but perhaps he’s already circling a date for his return.

According to reports, Prescott is moving forward with the mindset that he’ll be under center next weekend when the Cowboys take on the Los Angeles Rams.

Per ESPN’s Adam Schefter, Prescott is currently “eyeing” a return for week 5, but will be in street clothes on Sunday watching backup Cooper Rush take on the Washington Commanders.

In Prescott’s absence, Rush has actually shined, and the Cowboys offense has looked more competent than they did with Prescott in week one.

“At the end of the day, Kellen and the offensive staff have been working on this since April — longer than April but working with the players since April. So we’ve just got to trust what we’ve built and we’ve got to adjust when we have change in the lineup, and we definitely are working through that and we want to make sure we’re helping, but maybe not being as conservative as you’d like to be. Let’s be honest: In Kellen’s time as a coordinator, he’s been able to play very, very aggressive. But we’re in a phase right now that we’ve got to be a little smarter in certain situations, and that’s all part of growing as a play caller,” Cowboys head coach Mike McCarthy said.

Still, the Cowboys know their best chance at becoming contenders would come with Prescott providing a spark to their offense, and that could be coming for their matchup against the reigning Super Bowl champions next week.